More 1:300th scale tanks are rolling off the production line, this time two under strength German Panzer IV F² platoons. These are from the collection I recently bought and as you can see there are some small differences between the models. They were all identified as Panzer IV F²'s so I can only assume they are from different manufacturers. The differences are not too startling but do stand out when sitting side by side , so I have split them into two small platoons. 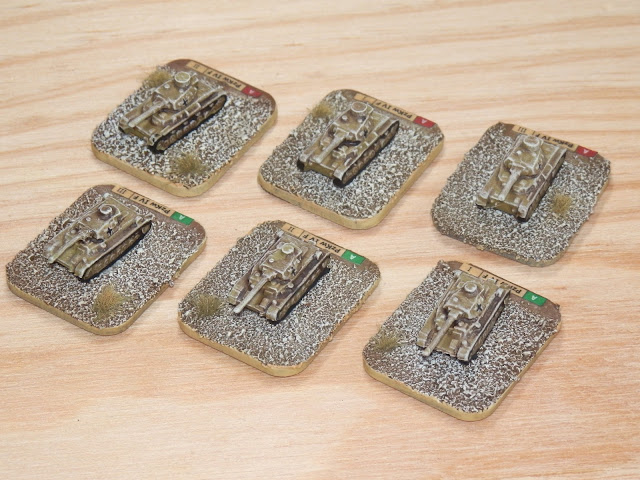