Following on from my yesterdays post here's another platoon of German tanks that I finished off over the weekend. These Panzer III J's will no doubt see a lot of service. 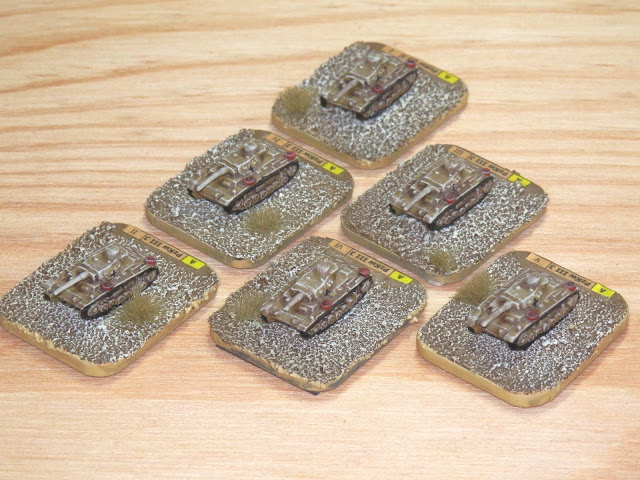 I'm still waiting for some more German vehicles which are on order so before I get stuck into those I will be changing sides. I have checked through the models I do have and have enough to build the core of a British Infantry Tank Company so I'll be getting on with that shortly. I also have plans for a Heavy tank Company at a later date but that will require a few more purchases to fill the gaps in my available models.
Posted by BigLee at 06:00