The Guards are coming!!

Following on (sort of) from this mornings post about Guards being a popular line for Toy Soldier manufacturers  I've faced Guards units twice in the wargaming table and both times I was on the loosing side. This picture was from a game Posties Rejects played earlier in the year; The Battle of Mackenzie Ridge. 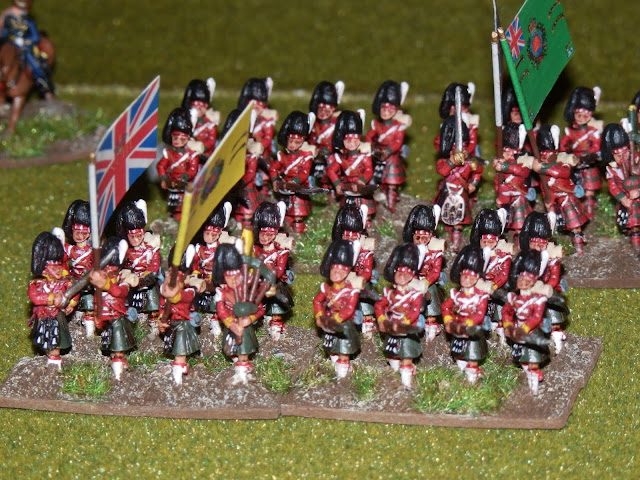 These units kept steamrollering on and hardly halted in their advance, even when charged in the flank by cavalry (ok, Cossaks, but even so!). Not only are they tough SOB's they also look damn fine in their red tunics and Bearskin hats.
Posted by BigLee at 14:35