Fire and Fury at Broadside 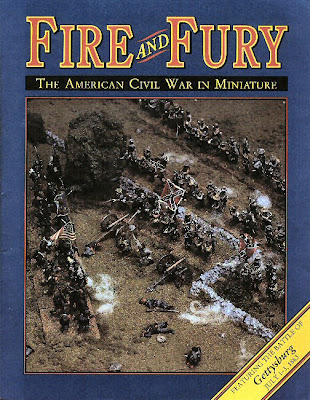 For a change I'm not talking about FoW but this time the Fire and Fury rulebook. I've played this rule-set several times with the Rejects but only recently bought the rulebook (I picked it up at Cavalier a couple of weeks ago). My motivation for this rash act? Posties Rejects are planning on running a display game at Broadside later in the year.

I don't think Postie has picked a historical battle to recreate yet but given his wargaming megalomania I'm sure it will feature lots of figures. The plan is to play test the scenario the day after Salute so we can iron out any problems, decide on last minute changes to terrain or Orders of Battle etc.. The Angry Lurker has also told me we will also be playing host to a couple of Canadian bloggers (Curt of Analogue Hobbies and Dallas from the Fawcett Ave Conscripts) who are coming over for Salute so I hope we put on a good game for them!

The first game I ever played with the Rejects was a fictional ACW engagement using the Fire and Fury rules. At that time I'd not really wargamed for years and I certainly hadn't seen or read this rule-set before. Despite this the rules for that first battle seemed straightforward and deceptively simple. Having now bought (and read!) the rulebook I can say the rules really are as easy as they seemed in that first game. Personally I don't think that's a bad thing as it means players can concentrate on the small matter of tactics! 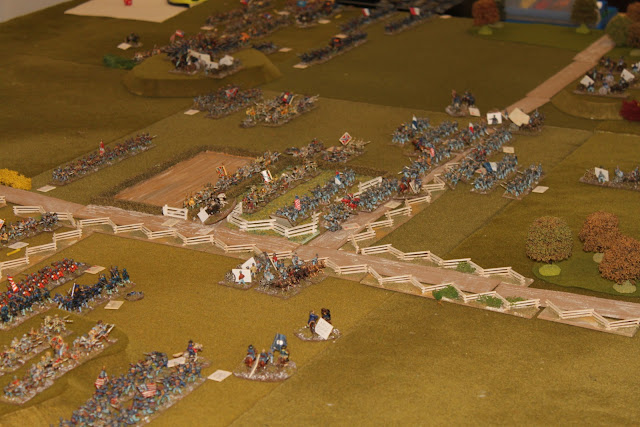 I'll post more information about the Broadside display game in due course but needless to say I'm really looking forward to this.
Posted by BigLee at 10:04