This Churchill memorial sits in a small park overlooking St Margaret's Bay in Kent. The beach at St Margaret's is the closest point to France and was therefore a key strategic position. The area was evacuated during World War 2 to allow military personnel to move in. Several guns were positioned at St Margaret's including two ex-navy guns from the HMS King George V nicknamed "Winnie" and "Pooh". 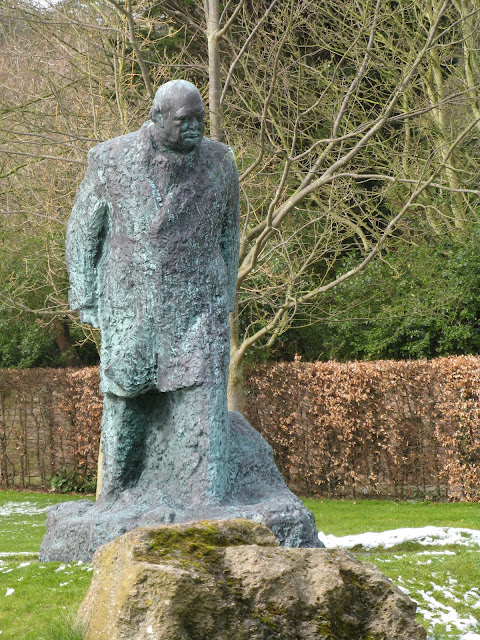 The statue is accompanied by Churchill's famous words in his speech after the evacuation of Dunkirk.