I've finished a couple of painting projects and expanded my Panzer Lehr Panzerkompanie. It's taken a while to get this far but I am happy with the shape of the Company I'm putting together. Here's a view of the complete company as it stands now. 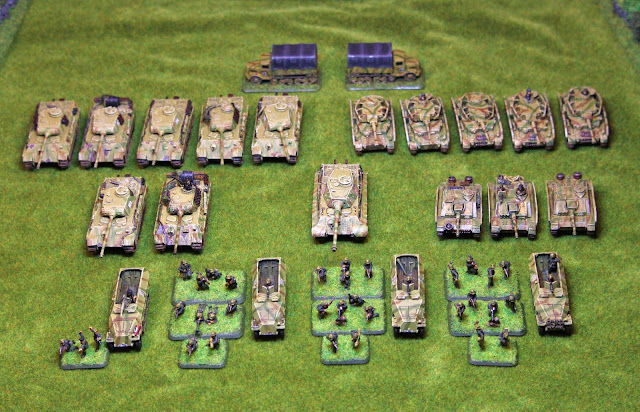 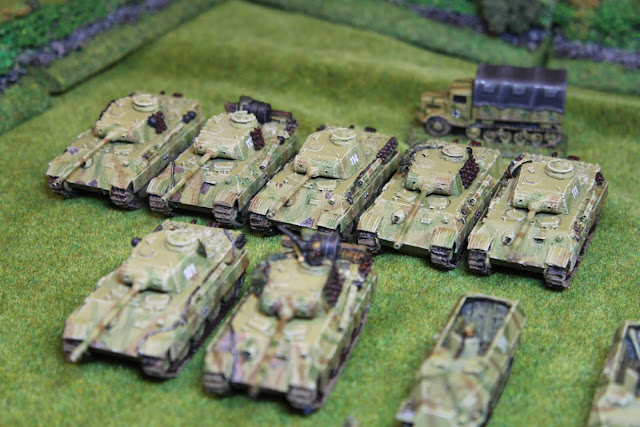 I've also completed a Tiger tank, just because the model was calling to me! I will add a Schwere Panzer Platoon to the company at some point but for now this Tiger is all I have. It's not officially part of the army list but I had to paint it anyway. 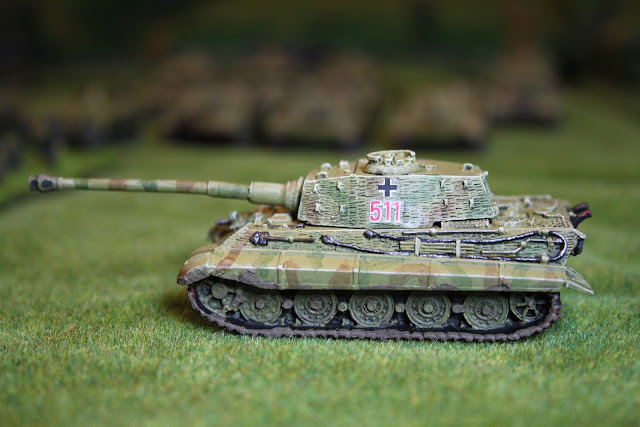 Incidentally I was struck by the size difference between the Tiger and the much smaller Panzer IV. I've seen both tanks in museums but never side by side. Here's a comparison shot showing the Panzer IV, the Panther and the Tiger II. 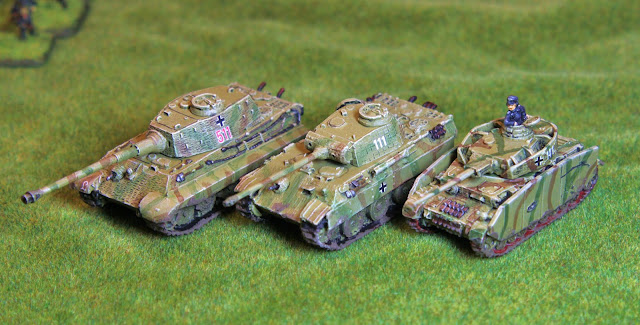 Now that this lot are completed I have one other project to concentrate on before deciding what my next FOW unit will be. I have some 88's to paint and I'm about to order some Sherman's for my other army. Choices choices!
Posted by BigLee at 09:01