As well as the usual Christmas Fare (Socks, smellies, DVDs etc) I also got several presents that will keep me fruitfully occupied for months to come. In particular some books from my Amazon Wish List (I knew that would be a good idea). 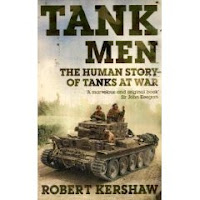 The first is Tank Men by Robert Kershaw. This book looks at the history of tank development and the men that fought in them. This should be a good complement to Band of Brigands which I read and reviewed recently and focused on the very early development of the tank. Tank Men takes the story up to the end of WWII and looks at the pivotal tank battles of this war including Kursk, the Blitzkrieg and the War in North Africa.

Also following on from Band of Brigands is the second book I received, Cambrai 1917 by Brynn Hammond. This battle was described in Brigands but now I can get a much more in depth look at this most famous of tank battles in WWI. The book looks at the new technological and tactical innovations used in this battle and the implementation of them. It also looks at the new tactic of the German Storm trooper, first seen at Cambrai. Like many of these works it relies heavily on the letters, documents and records of the time and many of the reviews I have read suggest this makes this a very personal book to read. 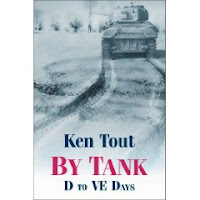 The last book is By Tank by Ken Tout. This is a book written not by a historian but by a veteran of Normandy itself. It is the collected memories of the Northamptonshire Yeomanry through France, the Ardennes and across the Rhine into Germany. "The author graphically describes the total experience - the heat, noise and smells - inside the Sherman tank, nicknamed by their enemy the 'Tommy Cooker'. Hit in the engine the Sherman exploded within seconds, instantly cremating any crew members unable to escape.... By Tank vividly recalls, in one complete volume, the whole experience of battle with utter authenticity: the fear, confusion, boredom, excitement and grief." I for one am looking forward to reading this book.

When I'm not reading I'm hoping to find some time to play my first few proper games of Flames of War. I've been collecting and painting the miniatures for some months, and even done some small scale play testing to familiarise myself with the rules, but I haven't played a proper game yet. This should be made much easier by my now growing collection of wargames terrain, including this Battlefield in a Box : Rivers set that my wife got me for Christmas. What more can a gamer ask from his wife? 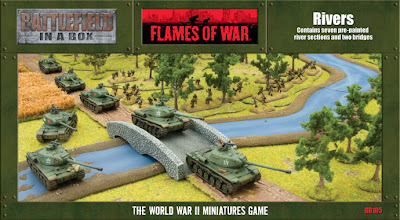 I also received several other small items of scenery and some interesting DVDs so all-in-all a pretty good Christmas horde. Not that its about the presents of course...
Posted by BigLee at 09:01