Time for a change of direction! Today's post moves away from the Hellenistic Period to the North African battles of the Second World War. Up to now I have focused on the battles of 1942 leading up to and including El Alamein. But for the Challenge I am moving back a couple of years to the opening moves of the North African campaign and the British Counter offensive against the Italian invaders of Egypt. Operation Compass has always fascinated me, not least because the British victory was so complete and (in some quarters at least) so unexpected. 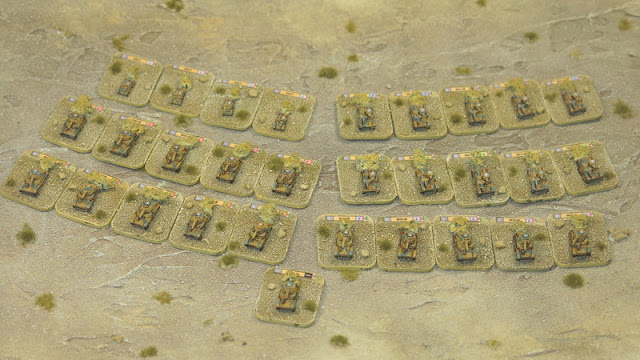 I have started by painting Italian tanks and have chosen to depict vehicles from the Ariete Division. This company has three platoons of M13/40 Medium Tanks, Two Platoons of M11/39 Light Tanks and a reconnaissance platoon of L3/35 Tankettes. Italian nomenclature during this period is easy to understand with the weight in tons followed by the year it entered service (so the M11/39 weighed 11 tons and entered service in 1939). 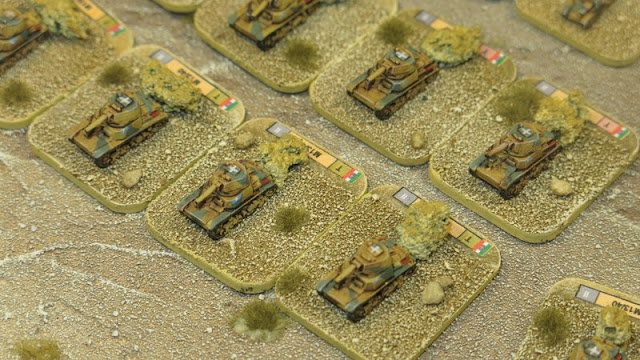 Some of the tanks of the Ariete Division had a a really neat splinter camouflage pattern during this period and so I have opted to paint these to that scheme. All the tanks also have white air recognition crosses on their turret roofs so the Italian Air force does not bomb them by mistake. I've never quite understood the value of these markings because any symbol that identifies friendly units is surely just as valuable to enemy aircraft! 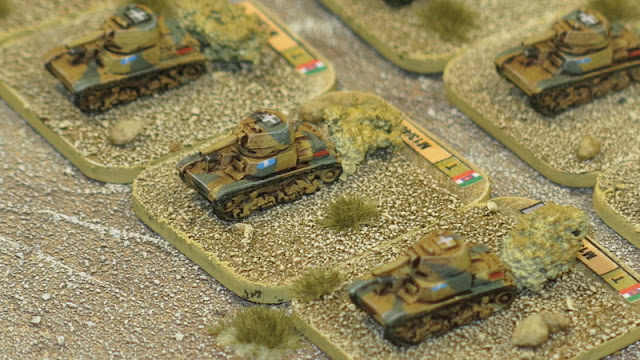 Italian tanks of this period were woefully inadequate compared to their British and German counterparts. Armour and armament were significantly inferior and the Italian army in North Africa suffered generally from poor logistical support and command. Having said that the tank crews were often very brave and showed great elan in battle, befitting their elite status. The Ariete Division went on to be a vital if often unrecognised part of Rommel's forces in the coming years. 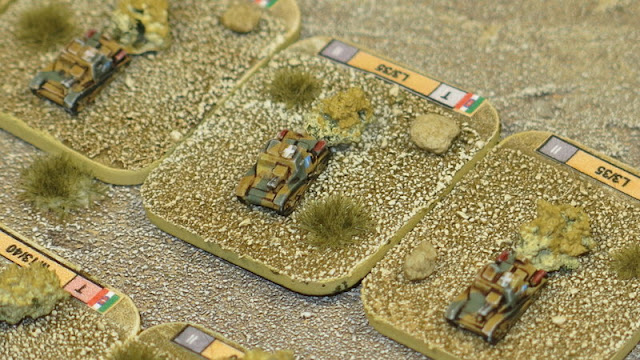 Painting these as one big batch has had two effects. First it means I have been able to achieve a consistent look across the whole company. But secondly it has meant I am now way ahead of the schedule I set myself at the beginning of the Challenge. In fact there is a very real chance I will run out of things to paint before the finale in March! I may have to get my thinking cap on and hunt through my lead mountain for something else to work on. Unheard of! 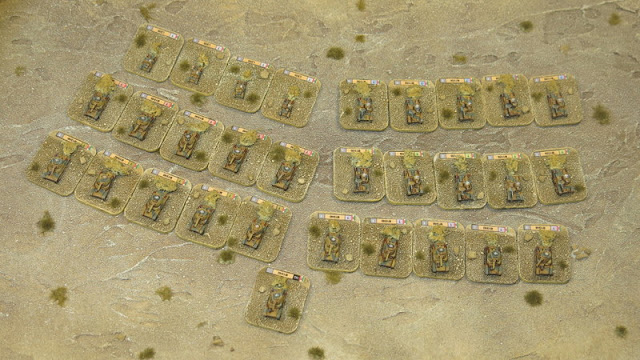 Thirty tanks at 2 points each have hurtled me across my personal finishing line of 500 points. Combined with my recent Bonus round entry and other projects in the pipeline I'm on schedule to break my personal best in the three challenges I have participated in.
Posted by BigLee at 08:48