My Pyrrhic army continues to grow with the Analogue Painting Challenge providing the impetus I need to keep on painting and knock this army out of the park in double quick time. I have just a handful of units left to complete and when all is done I will post some pictures of the completed army. Then all I need to do is take it on campaign against my Republican Roman army.

As the name suggests the Tarantine Light Cavalry originally referred to cavalry of the army of the Greek city of Tarantas (Tarentum) in Magna Graecia (Southern Italy), This was the only cavalry of the Graeco-Roman world to employ pure, advanced skirmishing tactics. These troops were generally unarmored and normally equipped with a large round shield and javelins. Later in the Hellenistic period 'Tarantines' no longer bore a geographical significance and was used purely as a tactical term. Instead it had become a collective name used to describe almost any lightly armed cavalry units, similarly armed and employed in a skirmish role. 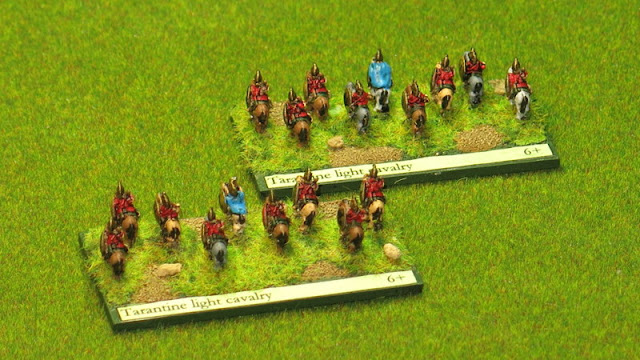 Once again I have referenced an illustration from an Osprey guide (of course!) and given these guys red tunics and large bronze shields with an assortment of nautical designs on them. 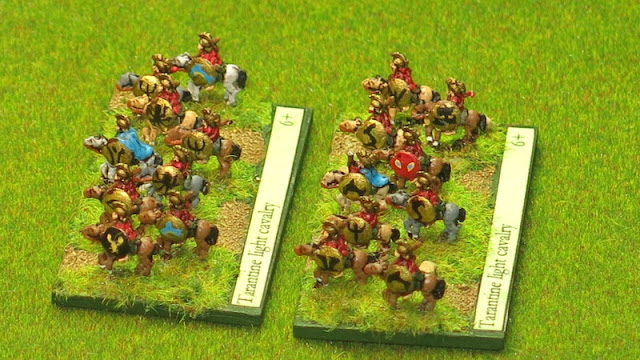 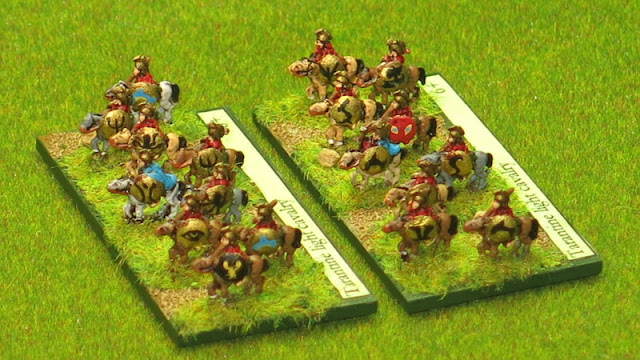 I have more cavalry on the way, some has already been started and should be finished for next week.
Posted by BigLee at 08:00