The Challenge always proves to be a huge inspiration and spur to painting activity for me (I'm sure many of the participants would agree). That gentle combination of healthy competition and peer pressure does wonders for curing me of my usual inertia! This year has proved no exception and in under 10 weeks I have managed to paint a whole 6mm Pyrrhic army. Of course I can add a few periphearal units later on but the core of a good solid army has been finished. I'll post some pictures on my Blog in a few days but before that here are my final units. 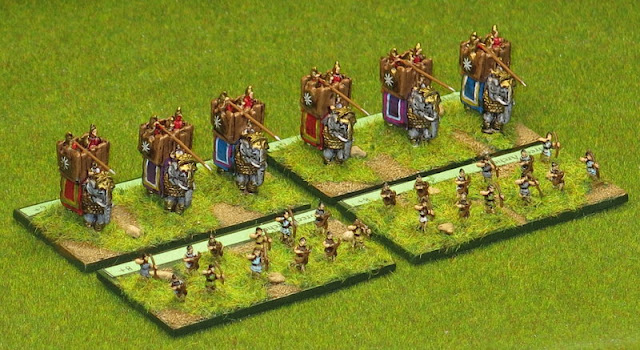 First up two units of Greek Bowmen. These light units will provide a nice screen to my forces hopefully inflicting some damage on my enemies before the heavy infantry crash into each other. 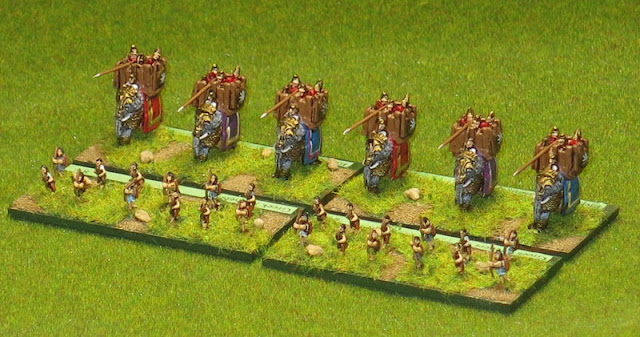 The last units are a little special. I painted some Elephants for my army earlier in the challenge but realised rather too late that I had painted the wrong models. So I immediately went online and ordered the correct elephants from Baccus. 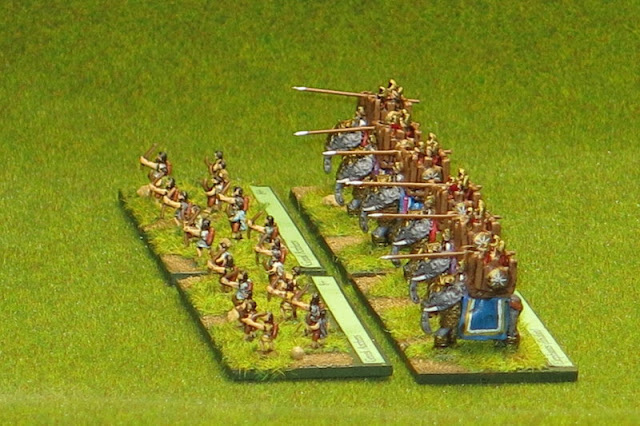 I decided that this time I would base my Elephants three to a base rather than two as previous. I think this looks a lot better, and certainly increases the intimidation factor when these units advance on the enemy.

Twenty four bowmen will net 12 points and six elephants each with four crew should net me another 24 points. A modest submission but every point is a step in the right direction.
Posted by BigLee at 07:01