Yesterday I managed to get two submissions into the Analogue Painting Challenge the first of which see's me return to my WWII North Africa project with eight early British Cruiser Tanks. These are 1/285th scale models by GHQ and as such are modelled with an eye watering amount of detail. These really were a joy to paint and are some of the best looking tanks I have painted in some time. 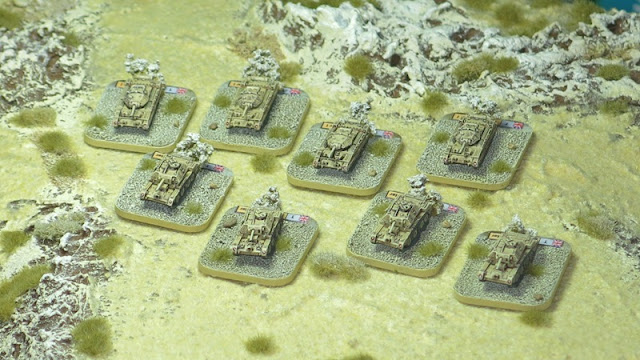 The Cruiser tank concept was a typically British approach to tank design that flourished in the inter-war period, saw action during the start and middle of the war and began to die out in favour of the MBT concept by the end of the war. British tank nomenclature is particularly confusing but here we have two examples of Cruiser development, one more successful than the other. 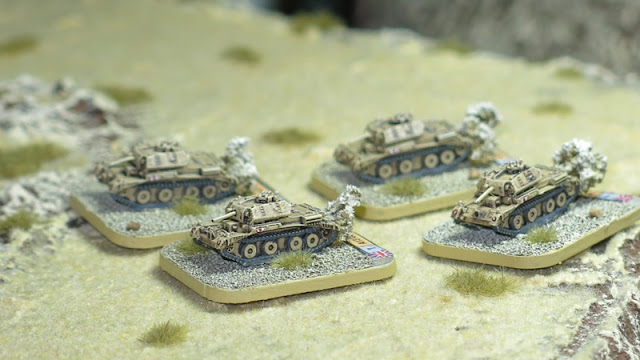 The Cruiser Mk V was conceived in 1938 with the General Staff specifying the need for a faster, lighter cruiser tank to replace the Cruiser IV. The new specification was the A13 Mk III Cruiser Mark V, and would later be given the name Covenanter. The new tank would have a Christie suspension and would have to be able to accommodate the main British tank gun of the time, the QF 2 Pounder. Some design elements from the earlier A16 were incorporated in the new tank as was the use of sloped armour to reduce thickness and therefore weight. 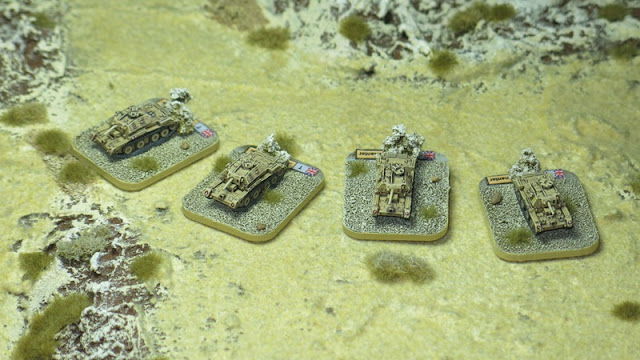 By the late 30's the governments policy was to encourage British firms to develop the skills for war production and so the contract to design the A13 was handed to a Railway Company which had no prior experience of producing tanks. With war on the horizon the first order for 100 tanks was placed without a proper prototype evaluation process. The result was a tank that had a shopping list of problems and defects, not least issues related to engine cooling and reliability. This was a tank not destined for combat duty and most were retained in the UK for training pruposes. However a few were given to REME for desert evaluation and its possible that some saw action with the Churchill Tanks of Kingforce in 1942. 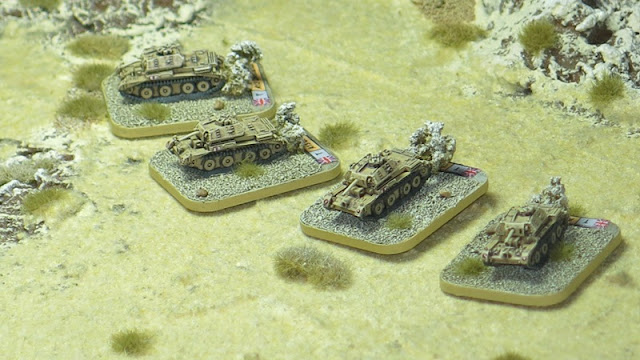 Initial production of the Covenanter was shared between several firms but Nufield preferred to pursue its own design which would later become the Cruiser, Mk VI or A15 Crusader. The Crusader Mark I and Mark II were fitted with am Ordnance QF 2 pounder main gun, but the design was also able to accommodate modification so that the Crusader III was fitted with an Ordnance QF 6 pounder main gun. Like the A13 the A15 used the Christie suspension system but employed 5 road wheels rather than four to aid with weight distribution. The Crusader would weigh in at close to 20 tones compared to 14 tones for the Covenanter. The A15 was also ordered straight off the drawing board and although it would become the main British Cruiser in the early part of the desert war, it still had significant design problems. The angled turret proved something of a shot trap, deflecting incoming AP into the roof of the crew compartment. The tank was also prone to 'brewing up' with stowed ammunition catching fire when the tank was hit. The cooling system struggled with desert sand and the engine was prone to oil leaks and unreliable performance. None the less the Crusader was well loved by British Crews and it wasn't until the arrival of American tanks like the Grant and Sherman that this weary warhorse began to be phased out. 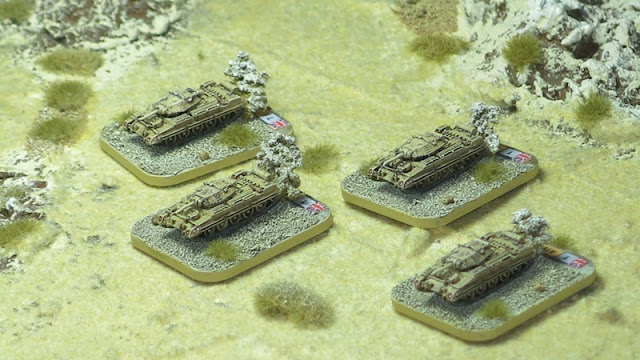 Tomorrow I'll post my other submission to the challenge, some Roman Generals. But if you haven't already seen them (and want a sneak peak) follow this LINK.
Posted by BigLee at 17:17