While we were on holiday a few weeks ago the family and I visited Boston in Lincolnshire. We went to a small local museum, did a bit of shopping and I climbed the eighty three meter high tower of St Botolph's Church, known locally as the "Boston Stump". These were all things we knew about before visiting Boston but what we were not expecting to encounter was the towns incredible War Memorial. My interest in the Second World War obviously draws me to memorials and monuments wherever we travel but I have rarely encountered something of such sombre grandeur in such a small(ish) town. 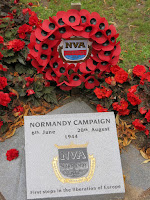 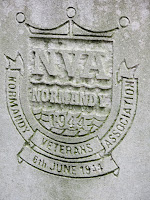 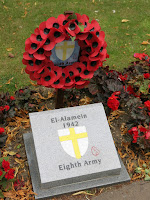 The original memorial garden was added to for the Centenary commemorations last year. More pictures can be seen on the Lost Ancestors website here including images of all the name plates and each of the newly added campaign stones.
Posted by BigLee at 12:33