The latest addition to my WWII Libyan airfield is some perimeter fencing. By 1942 the LRDG and SAS had launched so many successful raids behind enemy lines that axis forces were forced to commit resources to defending potential targets. While this made the task of special forces much harder it was also an important ongoing victory for them, tying up men and material that would otherwise have been used at the front. With this in mid my Italian Airfield has now received an enclosing perimeter fence.

I made the wire fence for just a few pounds using materials that are easily available and relatively cheap. Large 'lolly' sticks can be bought from various craft shops but they can be expensive. Bypassing the local craft store I found packs of 50 for £1 in The Range hardware store. Several packs of Wooden Toothpicks are also required for this build and I bought 200 for £1 from a local thrift store. Plenty of PVA/White 'Wood' glue is also needed, especially for basing. The only speciality materials I bought were 2 Sheets of Wire Mesh (the sort used for vehicle body repairs). This can be bought from craft stores but I found the cheapest and easiest source was my local auto centre where I picked up two sheets for just £4. The only other materials I needed were standard modelling items like basing sand, primer, paint and varnish. I estimate that I was able to complete the whole project - making over forty sections or about twenty feet of fencing - for under £10.

Here's my rough and ready step-by-step guide on how I made my perimeter fences. 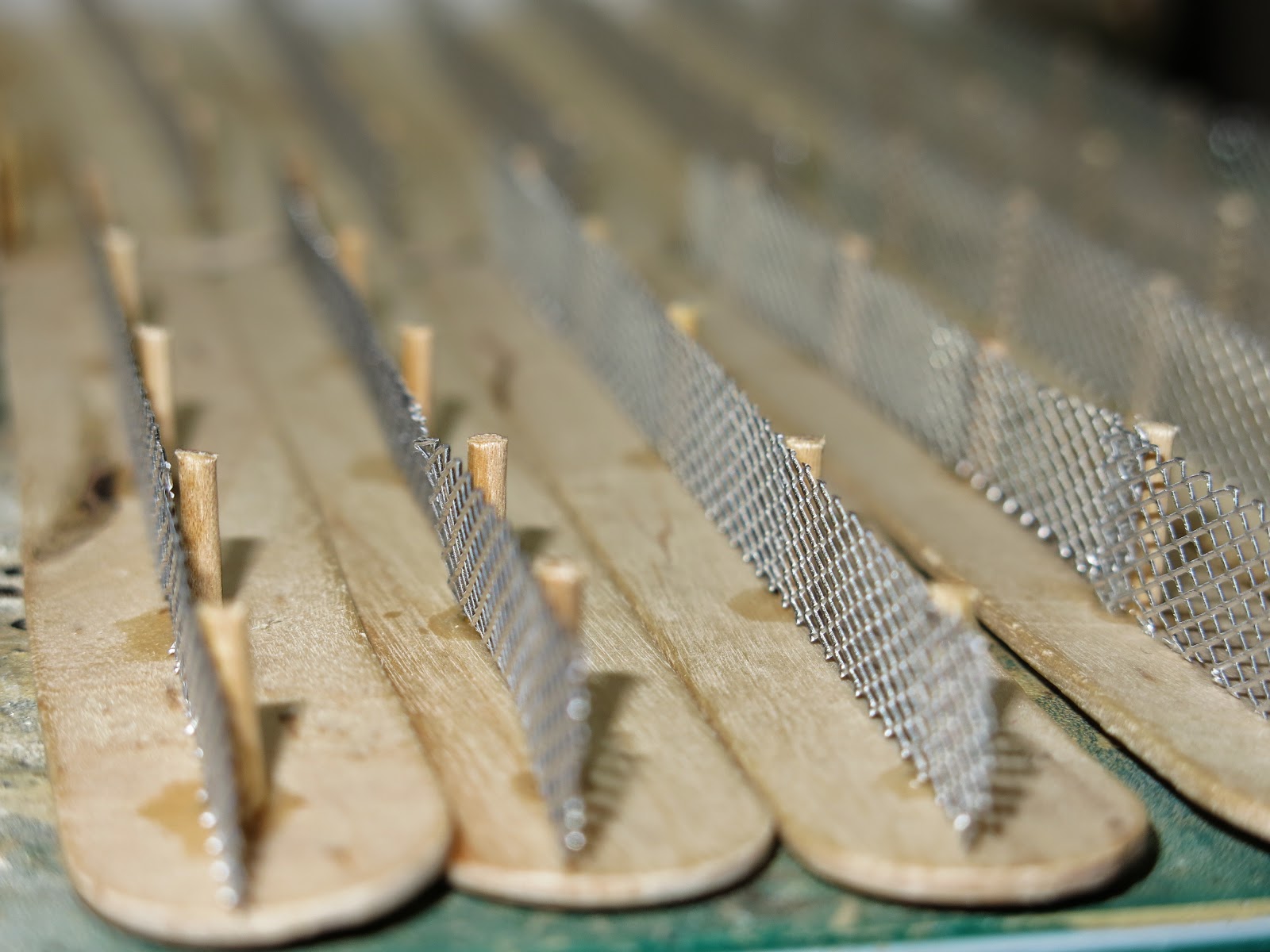 Now my Airfield has a perimeter fence I need to add some AA and MG gun pits. Once again I have some suitable models from Leven Miniatures and I'll post some pictures when they are completed sometime next week.
Posted by BigLee at 17:52