This is a Panzerkampfwagen VI Tiger Ausf.E of the 504th German heavy tank battalion in April 1943 just before it's capture and transfer to England. Today Tiger 131 is probably the most famous exhibit in the Tank Museum at Bovington Dorset and remains (after extensive restoration work) the worlds only running example of this iconic weapon of war. When I learnt there would be a Vehicle Bonus Round in the Painting Challenge there was little doubt in my mind what I wanted to paint as my entry.

I have had a long relationship with the real Tiger 131, from my earliest visit to the Museum aged about 7, through dozens of subseqent trips over the years until its final restoration and unveiling in March 2012 when I spent a day with other enthusiasts getting up close and personal with this incredible machine. It is a fearsome beast and when you stand next to it (and compare it to Allied tanks like the Sherman) its easy to understand why it instilled such fear in the men that had to face it. 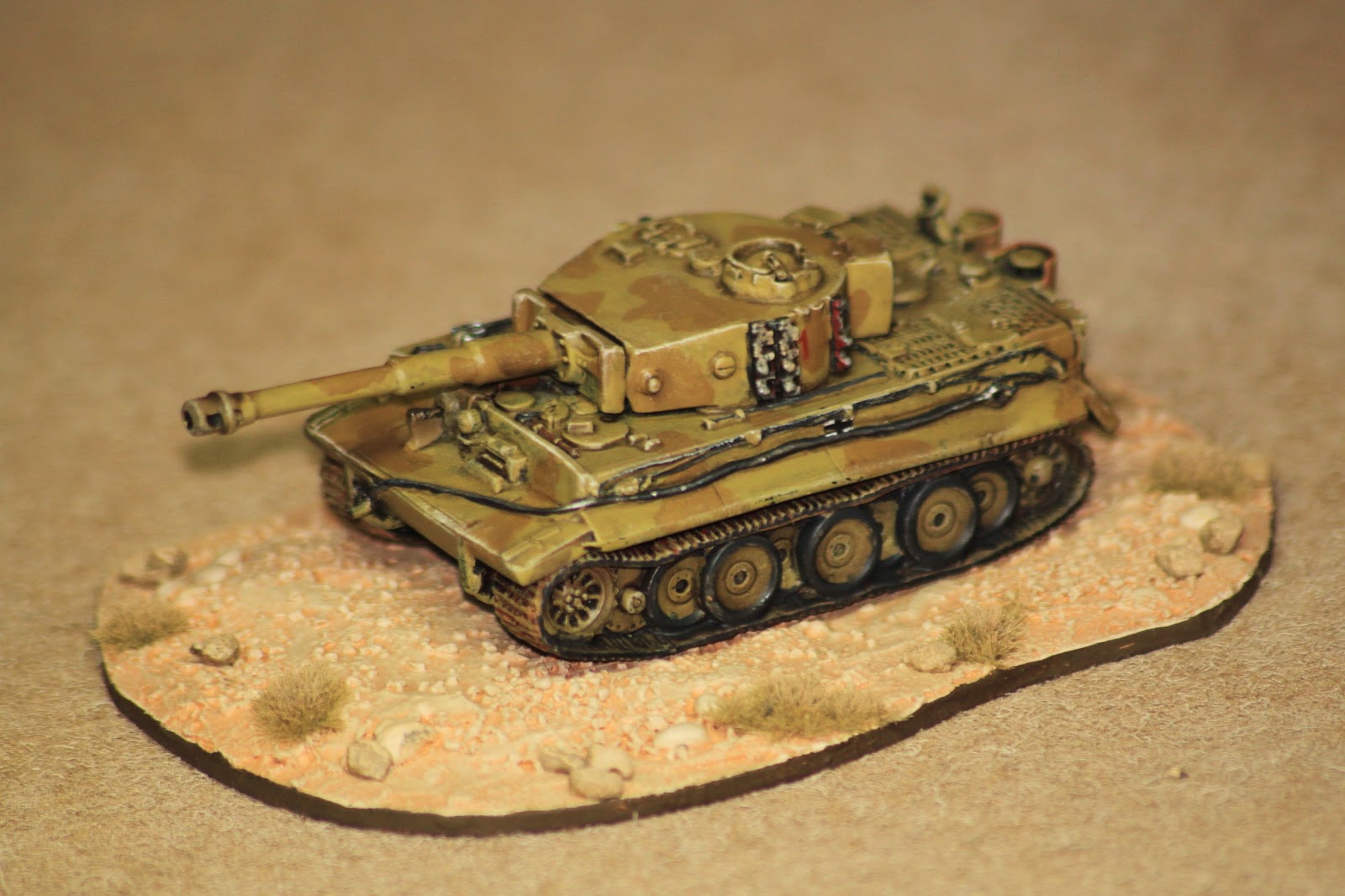 Despite its thick armour and huge 88mm gun the real Tiger 131 was disabled in the end by a very lucky shot fired from a 6pdr in a British Churchill tank from the 48th Royal Tank Regiment. The Solid shot ricocheted off the underside of the gun barrel and wedged itself in the turret ring, meaning the crew could not traverse their gun. Whether this is what caused the crew to abandon their vehicle is unknown but luckily for historians and military vehicle enthusiasts alike, the crew of the tank failed to set off the self destruct charges, and thus the tank fell into British hands almost entirely intact. 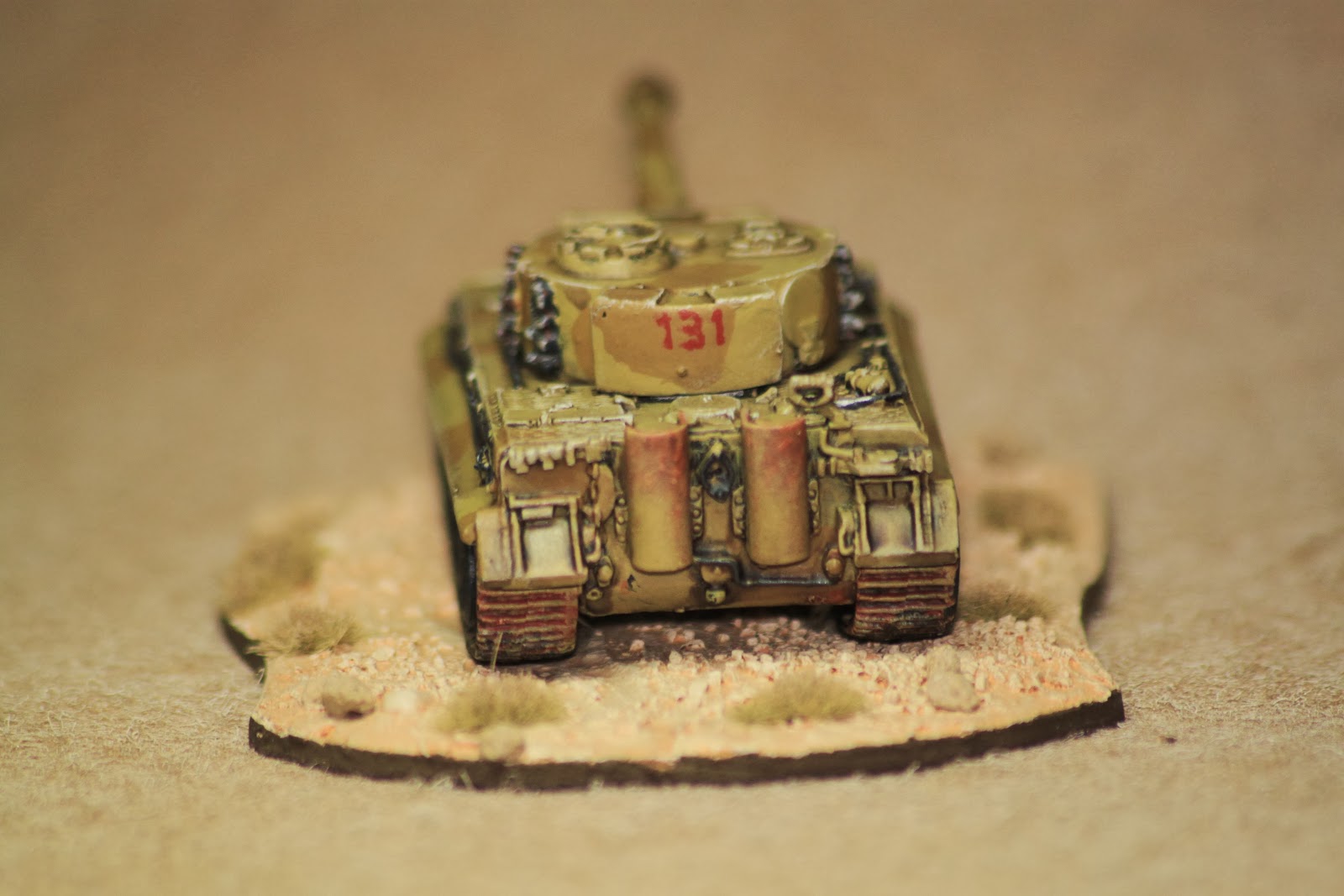 Shortly after capture the tank was whisked away for evaluation and was repainted and shown off to Churchill and King George before being transferred back to England. It eventually found its way into the collection at the Tank Museum at Bovington where it has been a star attraction ever since. The tank has been repainted again several times but it wasn't until the recent restoration that the original colour scheme was rediscovered -  RAL800 (Gelbbraun) with a one third camo pattern in RAL7008 (Graugrrun) - and these are the colours I have used here. 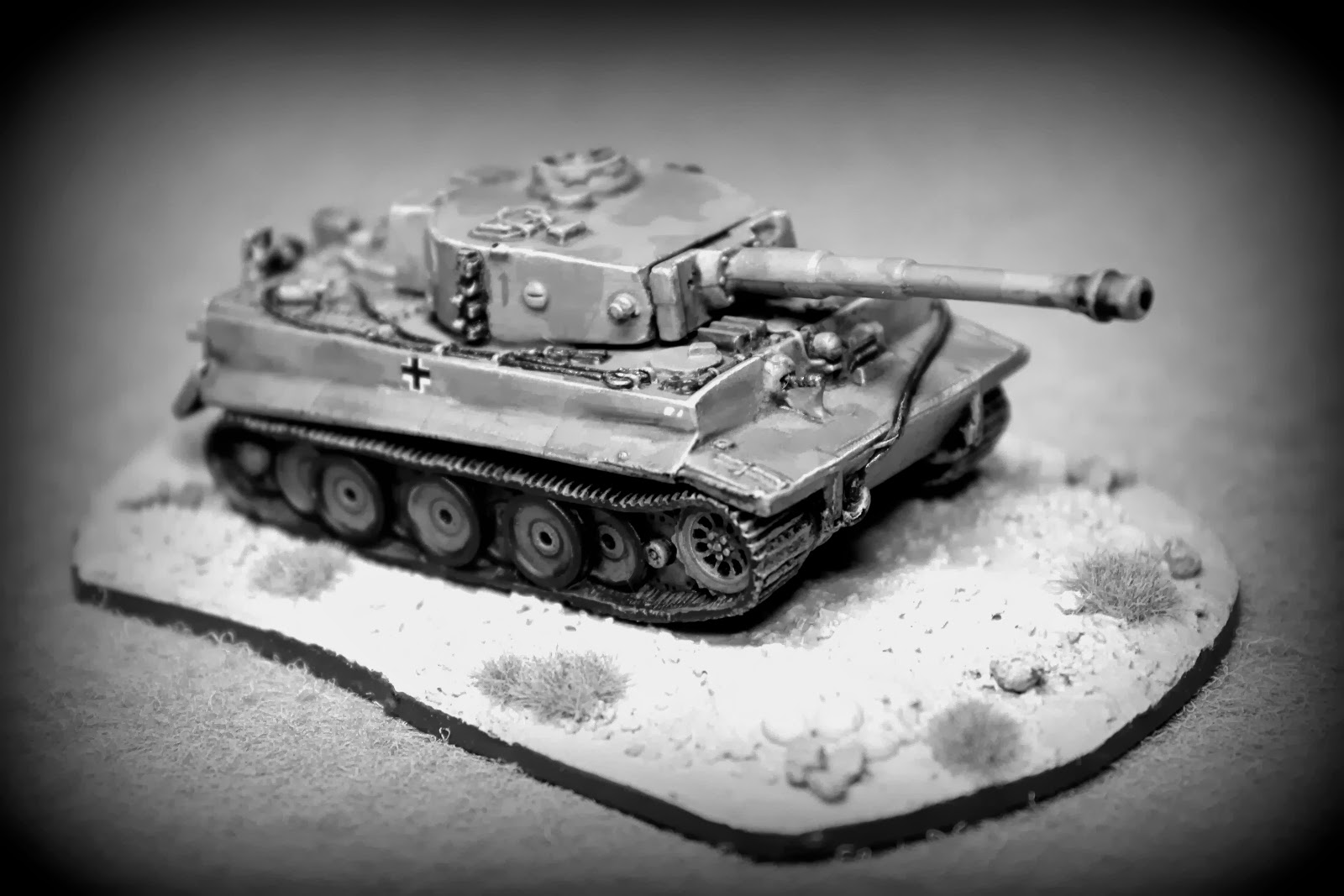