My latest entry to the Winter Painting Challenge is a rather small but a necessary one. These Grants tanks and Deacon SPG's are needed for a game I'm running in a weeks time. They replace some Sherman's I already have painted for an 8th Army Heavy Tank Squadron. The Sherman tank wasn't available to the British at the time of the battle I am running so although they are allowed as part of the army list I decided to replace them with vehicles that were actually available at the time. Besides, I like the rather quirky looking Grant. 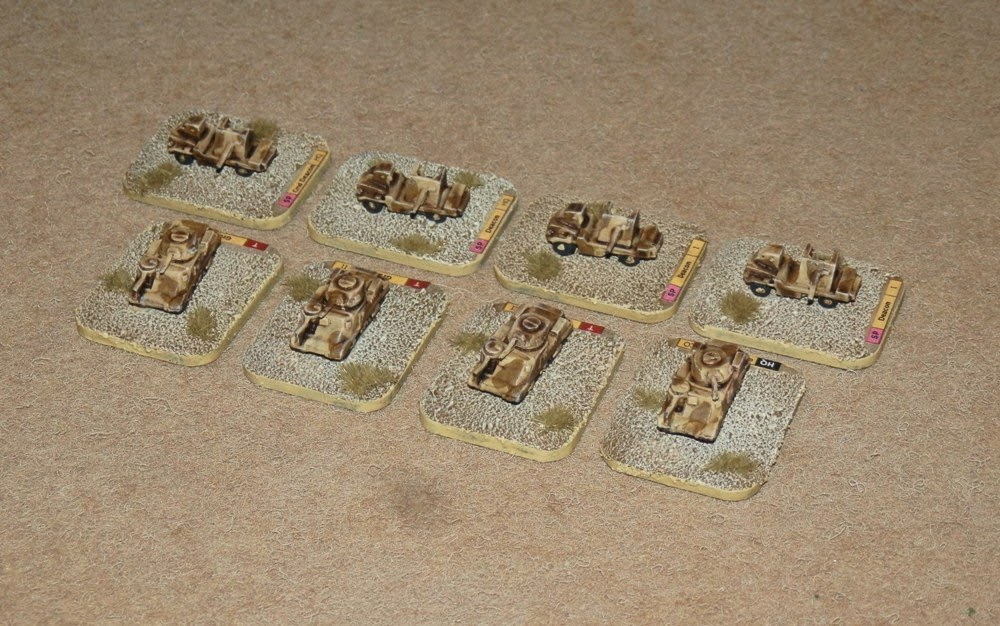 Painting 6mm tanks is pretty simple compared to 15mm (such as the Tiger I did here) so these took just a couple of short sessions to finish off. Most of the time 'working' on these is actually spent waiting for earlier stages to dry before moving to the next bit! 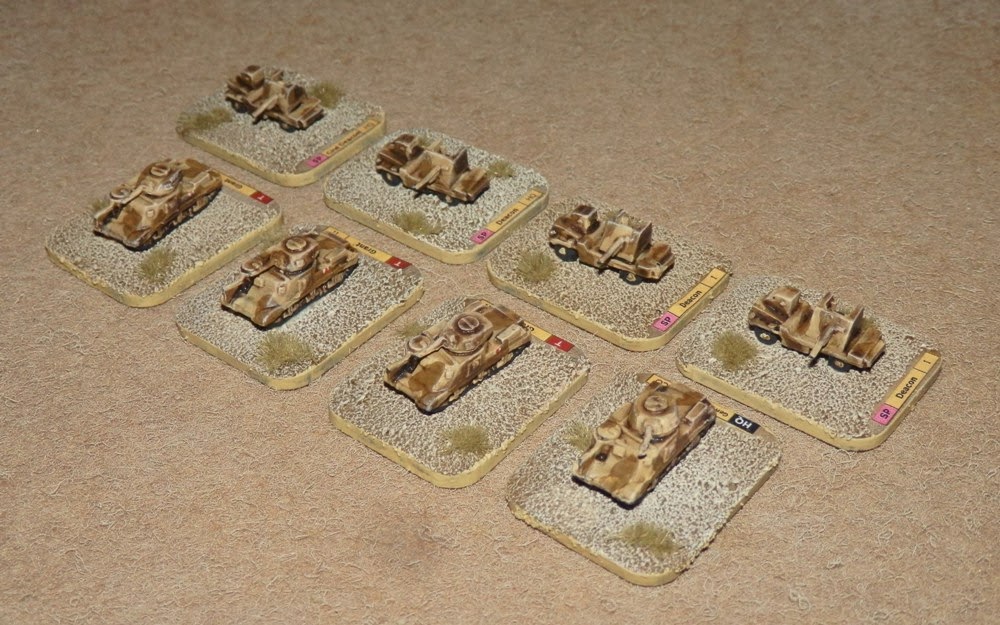 The Grant Tanks for this company come in a platoon of three but I have painted a fourth Grant to represent General 'Pip' Roberts in his HQ tank. Roberts is a Warrior and Higher Command Team and crucially allows failed Company Moral Tests to be re-rolled... so he's a bit useful in a tight spot old chap! What what! 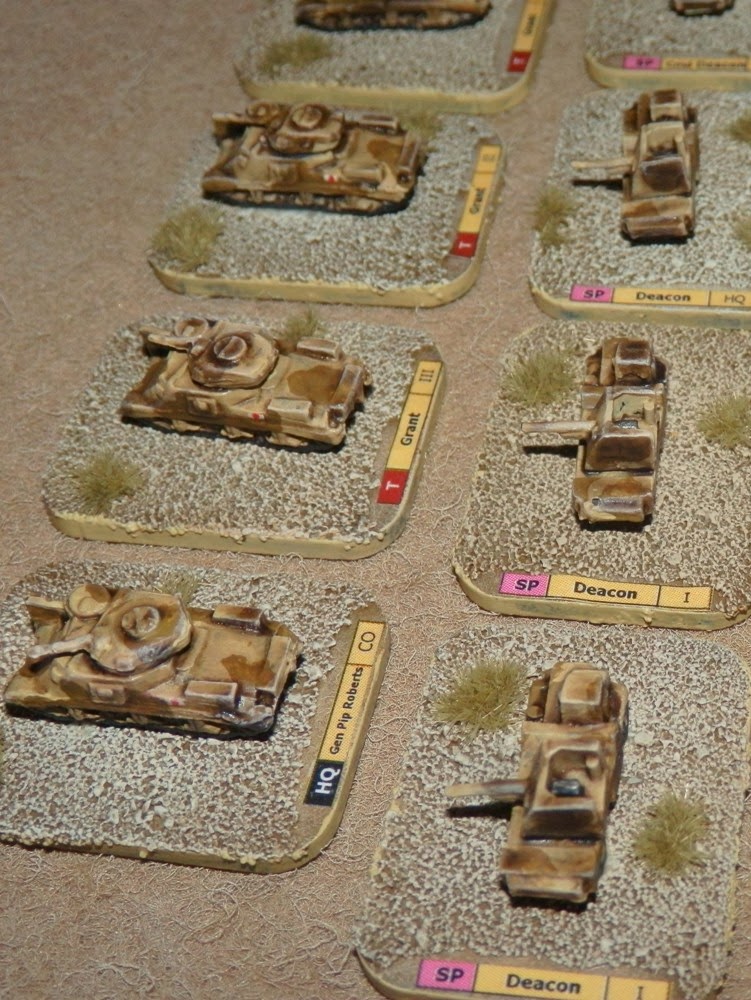 As usual I have labelled these accordingly but have varied the colour bar (which helps differentiate between different Platoons of similar types) so they can fit into the existing company. The Black HQ colour bar  is used to represent all 2iC, Company or Higher Command teams. These are counted as Warrior Teams and are therefore Independent meaning they can move wherever they like and if neccessary can join any platoon within command distance. Amongst other things this means that platoon can re-roll motivation tests.

I'm still waiting for delivery of some Italian infantry (I'm assured they are on order) so the Battaglione Bersaglieri (Light Infantry Battalion) I planned to paint during the challenge is on hold for the time being. There is still over half the Challenge to go so I'm still holdig out hope that I can get these done.
Posted by BigLee at 07:00