As many of you will no doubt have already seen by now, my contribution to the 'Villan' Bonus Round in the Winter Painting Challenge was a last minute inspiration, driven by a great Hammer Horror classic. The Christmas break was a whirlwind of activity and I didn't put brush to metal for over a week and a half. However I was determined to get my bonus entry painted even I managed nothing else (hey, I need the points!). The only problem was I didn't have a suitable Villain lined up to paint, which was when serendipity took a hand in guiding me. 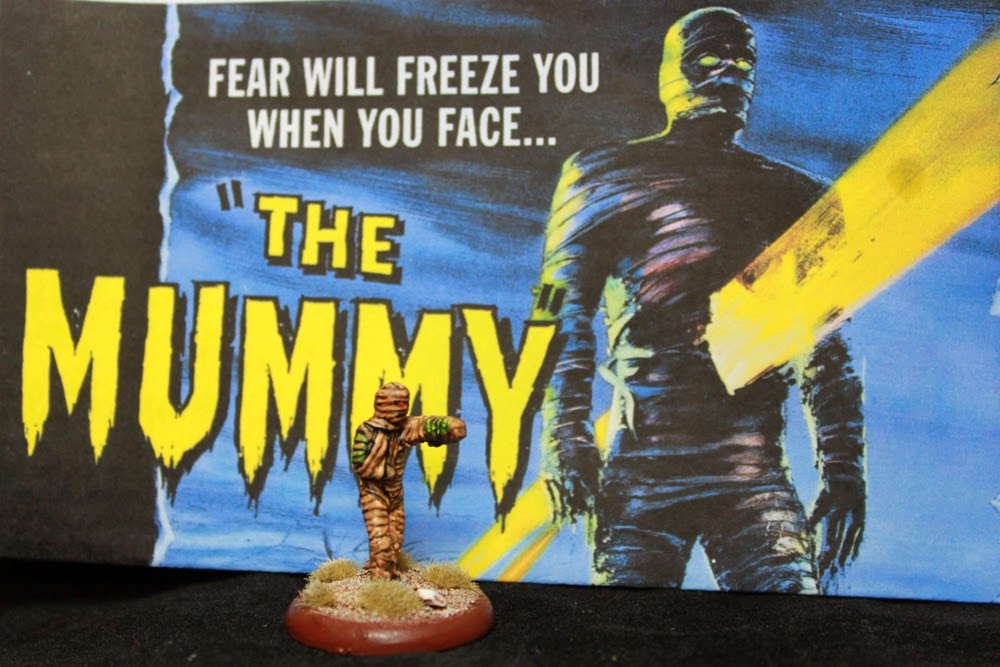 My wife had recorded a load of classic hammer films for me because she knows I'm a fan of Peter Cushing (a Wargamer as well as a renowned actor). One of these was the 1959 Hammer version of The Mummy, staring Cushing as the archaeologist John Banning and Christopher Lee as the mummified priest Kharis brought back to life to avenge the desecration of the Princess Ananka's Tomb. Its a great version of this often remade and revitalised classic and I thoroughly enjoyed it. By the end of the film I knew exactly the Villain I wanted to paint for my Challenge entry. 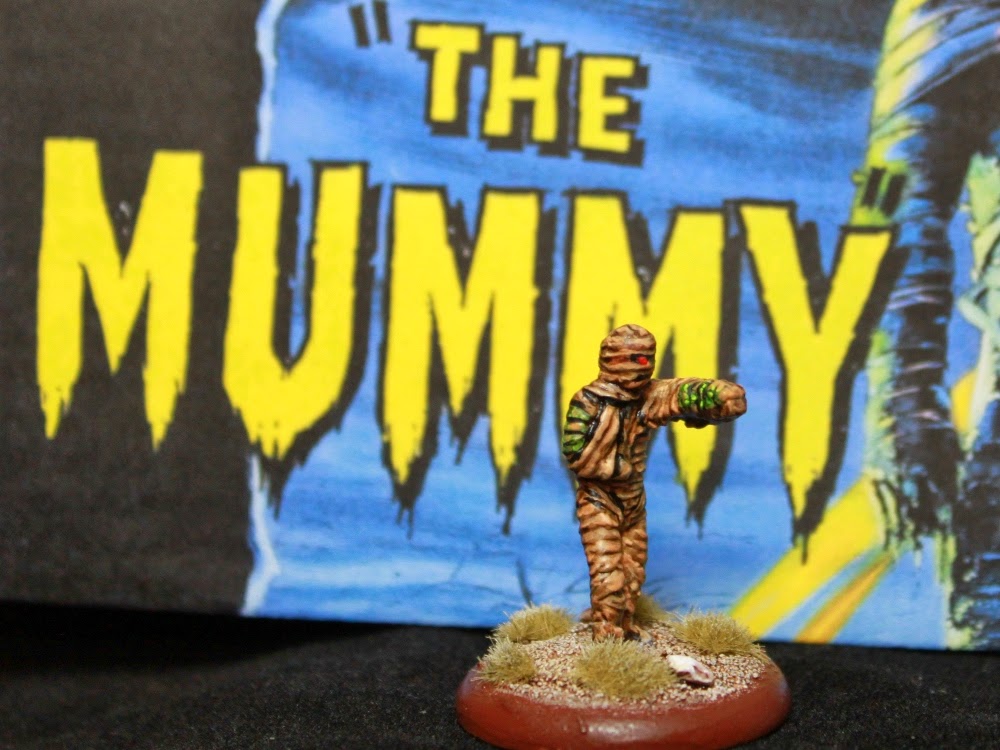 So here he is. Kharis, heretic priest, buried alive for 5000 years and reanimated by the Scroll of Life to wreak havoc and mayhem on the big screen! The model is a 25mm Ral Partha figure from the 1983 Things That Go Bump in the Night line. I can't remember where I got this model but it had clearly been painted and then stripped (badly) because it needed a lot of cleaning before I started painting it. Its not a hugely dynamic pose but its a classic model and worthy of a second life. 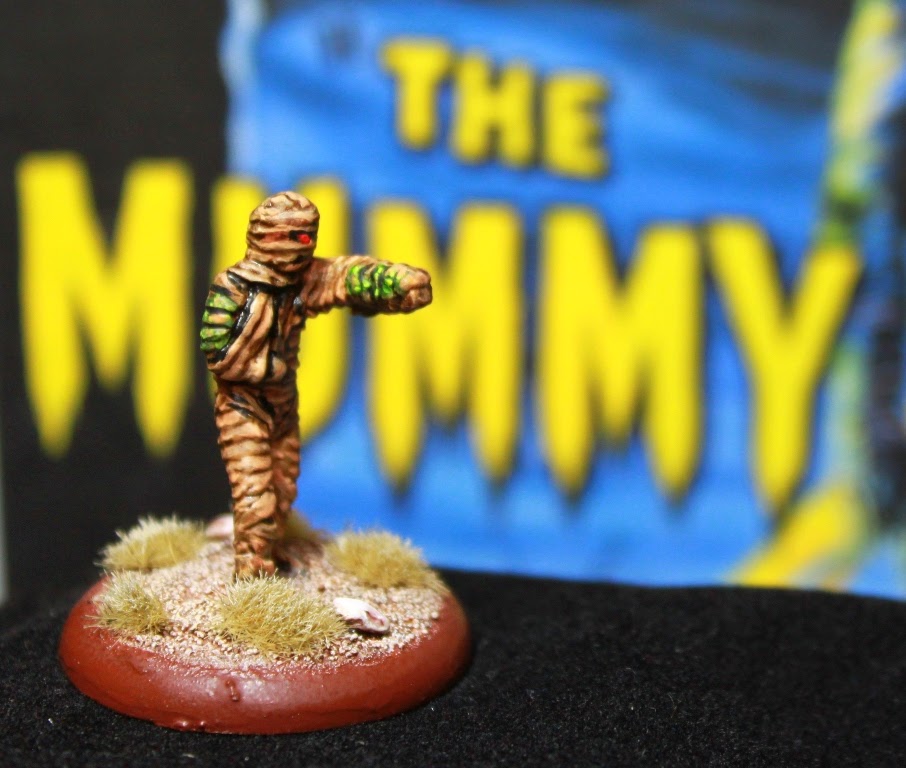 In my submission email to Curt I promised to enter something a little more substantial in my next batch and I have now started work on some of my bigger Challenge entries. I need to get some serious points under my belt if I am going to reach my target and now is the time to settle down to get some hard core painting done... I say hard core but compared to the output of some of the other members of the 'Wild Bunch' (with their 12-16 hours painting per day!!) my efforts are pedestrian at best! 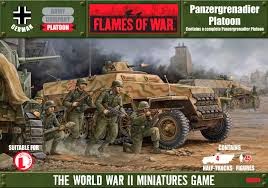 So right now I am about half way through a 15mm Panzergrenadier Platoon and have started work on a couple of options for the Vehicle Bonus round. I'm still waiting for several batches of 6mm models to arrive so the Italian Infantry Company I want to work on remains on the drawing board for the time being. Pateinece, it seems, is a commodity that is needed far beyond the painting desk!

I also have some foundry wild-west figures to work on, including my Challenge entry model. Mind you I may hold back on starting that figure, because as things stand at the moment any parcel sent to Canada is likely to get lost in a blizzard!
Posted by BigLee at 08:53