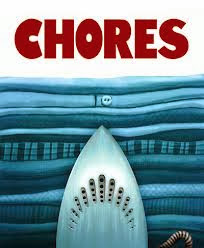 Its been another very busy weekend of Christmas related mayhem and exhaustion. I'm actually glad to be back at work for the rest! Needless to say very little is happening on the hobby front, at least not while I'm at home. In fact I doubt if I'll get much done while I'm at home from here until after the New Year...the wife has me fully booked for household chores! I guess that's what we get for inviting lots of family round for Christmas Day and Boxing Day and hosting a joint New Years Eve slash 18th Birthday Party. We don't do stuff by halves in this house.

Despite the near frantic preparations I have managed to put together my 'challenge box' consisting of all the stuff I want to paint during the Analogue Hobbies Winter Painting Challenge. Like many other participants I'm currently busy trying to prep figures, build multi-part vehicles and prime models during my lunch breaks at work so that I have stuff ready to paint from day one of the Challenge.

A couple of weeks ago I listed my initial to-do list for the Challenge but now that I have started gathering together the figures my list has changed a little. This is partly in response to models I have 'rediscovered' along the way and partly strategy (i.e. my attempt to accommodate the Bonus Rounds).
I've no idea if this is enough to reach the 600pt target I have set myself but hopefully I can pick up a few bonus points as we go along to bolster my tally.
Posted by BigLee at 16:29