I have finished painting my contribution to the Bloggers for Charity game. I received the models last month and was eager to get them done and returned in good time. The group are recreating the Battle of La Belle-Famille which took place on July 24, 1759, during the French and Indian War (the North American theatre of the Seven Years' War). My figures are 28mm Regiment de La Sarre kindly donated by AW Miniatures. 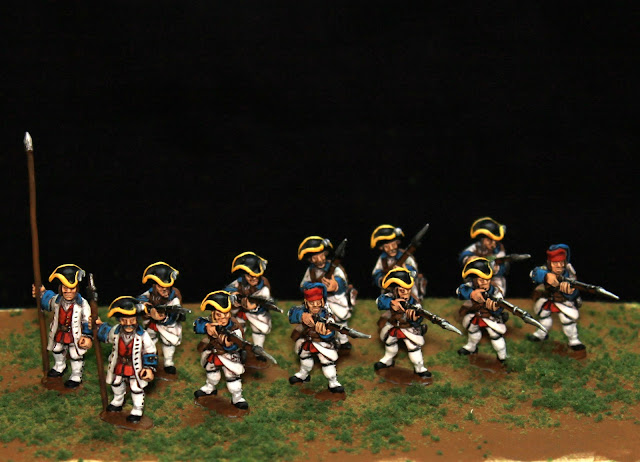 Its been a long while since I have painted anything larger than 6mm but I soon got into the swing of this project and have made swift progress (well, swift by my standards!). I painted these almost exclusively during my lunch breaks in work, doing a little less than an hour or so every day for the last four weeks. I was strict with myself, not starting a particular area unless I had time to finish it during the hour available. This broke the project down into a long series of relatively simple steps and made progress quite easy despite my initial trepidation. 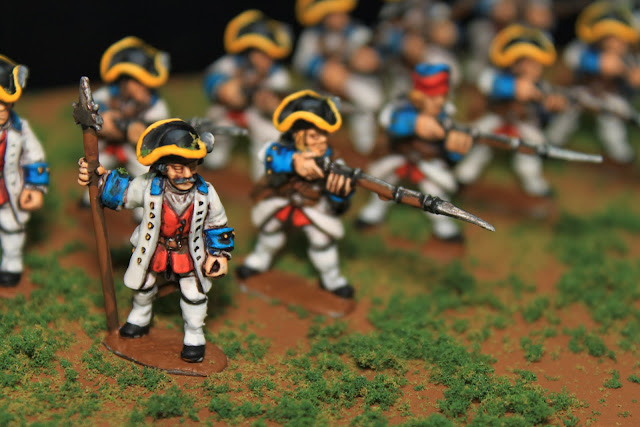 As you can see I haven't based these figures they will now be sent back to BFC HQ (in the shape of fellow blogger Loki) where they will be based to a common 'formula' along with all the other submissions from other contributors. This well help bring the wide range of styles together and make this feel like an army, rather than a set of different regiments thrown together. I'm really looking forward to seeing how these look when completely finished. 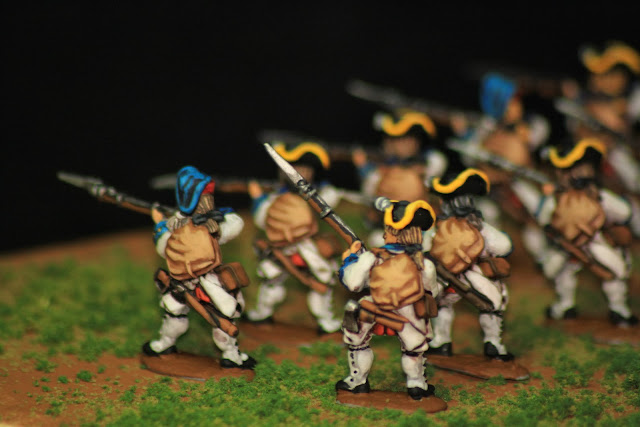 One of the positives of painting in work has been the generally positive reaction I have had from my colleges. Some have seen me painting before, but over the last three weeks the whole team have passed through the office at one time or another and most have stopped for a quick look at my progress and a chat. The most common reaction has been surprise at my "patience" and the level of detail that has gone into these figures. I doubt if I have converted anyone to our cause, but maybe they all understand 'Wargamers' just a little bit better now. 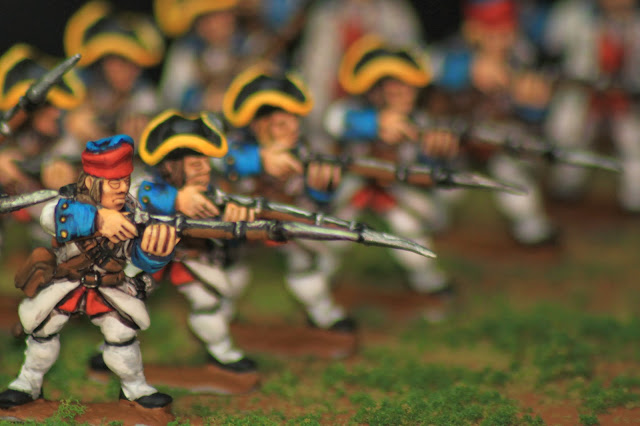 With these now complete I can concentrate on finishing my preparations for the Analogue Challenge.
Posted by BigLee at 16:05