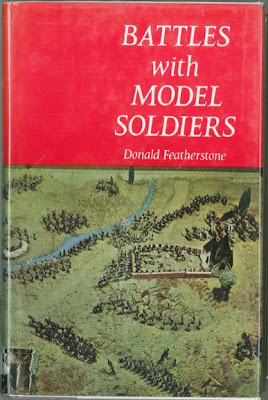 When I heard the news last week that Donald Featherstone had passed away my first reaction, like many others, was to write a post saying how influential I thought the man was to our hobby and how much he would be missed. Like many I felt that the wider wargaming community had been diminished by his passing but also that his legacy in terms of his vast back catalogue of written work was incalculable. Like many I have very fond memories of my first encounters with his work, although for me this came not at the beginning of my hobby but much later when I had been away from wargaming for several years. One of the books that really helped with that transition was Battles with Model Soldiers.

I don't recall where I first saw this book, I think it was lent to me by a friend but for the life of me I can't remember who it was (senility is clearly creeping in, and I'm still only in my 40's!). What I do remember is that it was the perfect reintroduction to the wider hobby of wargaming and that it came just at the right time. I and my friends had been enthusiastic Warhammer and Epic 40k players for many years and I in particular always fielded fully painted armies. All through our University years we would regularly meet up for big games played out on living room floors because we didn't have a games table. Those were halcyon days when we had money to spend, time to indulge and relatively few commitments to confine our enthusiasm. 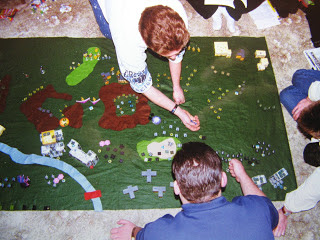 But (like many others judging from the stories I have read on other peoples Blogs) we started to drift away from wargaming as my friends and I began our working careers. It had always been an expensive habit, but when I got married and started a family (in the mid 90's), time became an issue, space was at a premium, the money dried up and so did my enthusiasm. As a group of friends we had always had a diverse range of interests and some in the group just weren't that into wargaming and painting and so it was inevitable that we would collectively 'move on' to other things. Looking back on this time I'm just glad we decided to move on together rather than loosing touch as I'm sure that would have killed off my hobby interests entirely. 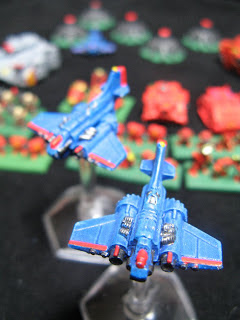 There was a long time when I was in danger of drifting away from gaming altogether and it was only my by now disparate circle of friends determination to keep in touch that kept us meeting as a group. For many years we switched our tabletop interests to other games and indulged in a variety of boardgames, CCG's and RPG's, in particular our first love, Dungeons and Dragons. Most of us had by now sold off our old Warhammer and Epic 40k armies, although I kept a few models as a keepsake. I was still painting but by now my output was almost exclusively fantasy figures to support the many tabletop RPG's we were playing at the time. I don't regret this period for a moment, it kept us together and it kept us gaming and it was 'right' for that time in our lives. Then someone handed me a copy of Battles with Model Soldiers and the low burning embers of my interest in wargaming were fanned back into life.

I never got round to buying a copy of this book (I reluctantly returned the borrowed copy) but after learning of the death of Don I decided it was high time I corrected this oversight. I was overcome with a deep feeling of nostalgia and an overwhelming desire to became reacquainted with the book that literally saved me from abandoning wargaming altogether. So I did what we all do nowadays, I logged into Amazon and found myself a 1972 edition ex library copy of the book. Its the same edition I read some time in the early 'noughties' which just goes to show the longevity of Don's work. When I got home from work yesterday there was my parcel and inside was a fantastic trip down memory lane that has been both enjoyable and enlightening. This really is a great book for the beginner (or the lapsed wargamer for that matter), especially his review of the periods available. Reading that section in particular had helped me to evaluate what I was really interested in and set the course for my return to wargaming that lead inexorably to where I am today.
Posted by BigLee at 13:02