Following on from this mornings post about the Warhammer figures I rediscovered and revamped here are some more re-discovered figures that have received a makeover. Once again the original models were gloss varnished and the Nurgling's themselves were not fixed to this base although they were once part of a larger diorama featuring this backdrop. As I recall the model was damaged and eventually broken into its constituent parts with a view to their eventual reuse at a later date. It may have taken a long time but I'm glad I had a chance to bring these models back to life. 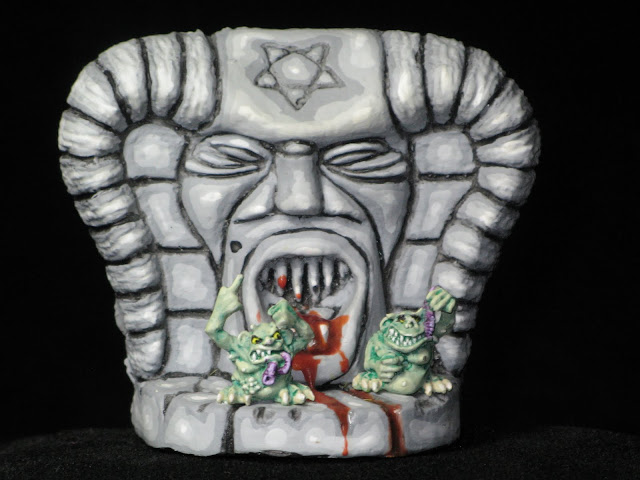 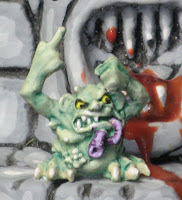 Nurglings - also known as the Mites of Nurgle or by their daemonic name "Khan'gurani'i" - are small Daemons that are born in the entrails of the Great Unclean Ones. Just like their parent Daemon, they are shaped after Nurgle himself and are concentrated pus and contagion come to life....nice!

When I played Warhammer I was never drawn towards collecting a Chaos Army. But I think the cheeky nature of this little fella convinced me I could find a use for him.  These figures are less than 1cm tall so the viewer has to get up real close to see the detail, then they see this guy giving them the finger and the exclamation of surprise is always fun to hear. I'm glad I bought him because its a joke I never get tired of.
Posted by BigLee at 15:58