The kids have just returned from Halloween Trick or Treating and they had a great time. There were a lot of kids on the streets this year, more than previously, and it was good to see so many people getting into the spirit of the thing (no pun intended). As usual we had a Pumpkin but this year we didn't buy ours from a store. Last year we saved some seeds and gave them to my uncle as he is a keen gardener. Only one pumpkin survived the year but boy was it a whopper! 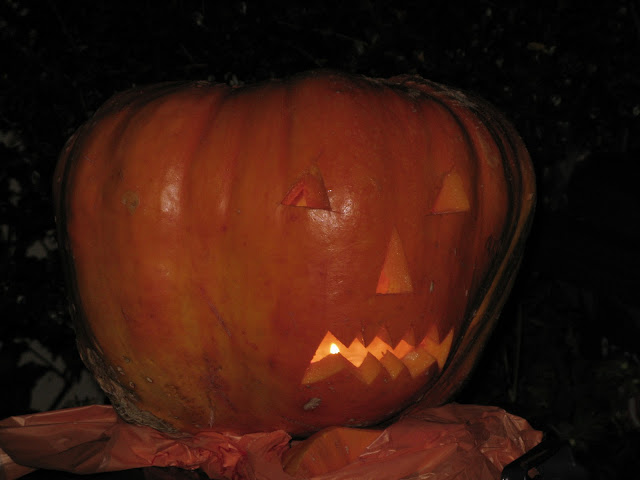 This beastie weighed in at 44lb! When I cut it I found it was solid all the way to the core and I actually had to carve out the center in order to cut a face into it from the outside.

Were saving some more seeds for my uncle this year. I dread to think how big next years Pumpkin will be!
Posted by BigLee at 19:21