Sunday afternoon I went to the Ilford Wargames Group annual show, Rampage. As in previous years it was held in a school hall in Dagenham and as in previous years it was very hot inside. This is a small show with just  ten traders and a dozen or so display games. There was also a well attended 2 day Tournament in another hall. First the pictures...

My one small complaint is in fact an old moan I have made before, namely poor labeling of the display games. Only a handful of the tables had any title/information available to the casual viewer and some of the groups (thankfully just a handful - naming no names) seemed so intent on their games they ignored visitors. This made identifying the games in my pictures a little tricky, so if any are mislabeled please let me know and I'll amend my captions.

Mrs BigLee came along with me and this was her first wargames show in 19 years of marriage! She was a good sport though and let me wander around the hall several times and take my time taking pictures and spending money. I came back with my usual bag of loot including a dozen bottles of paint to replenish my dwindling stocks. I also bought a copy of the first Art of War book produced by Battlefront which I have been looking for for some time.

Although it was only a small show I still enjoyed it, mainly because its my 'local' show, being just five minutes from home. The highlight of the show was the amazing trench warfare table created and presented by Whitstable & Hern Bay Wargames Club. the game, Crush the Kaiser featured two opposing sections of trench lines including support trenches. The detailing of this entirely club built table was fascinating and very interesting to look at. 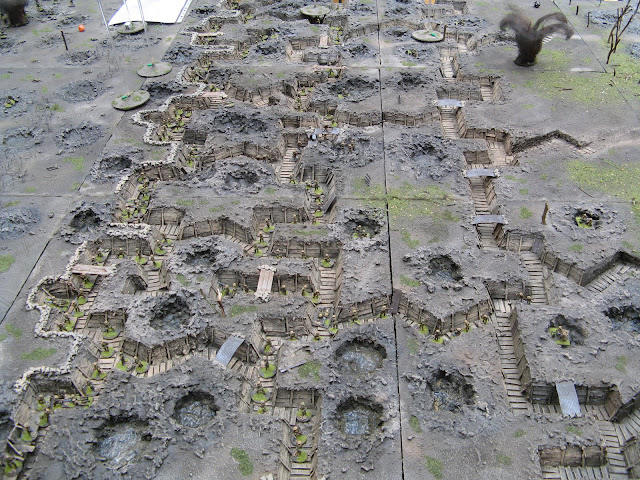