Another day and another ruined building from my growing Frostgrave collection. This one is made from an assembly of resin terrain pieces from a Polish company called Spellcrow. I stumbled upon this company back in November while I was looking for resin terrain and I was immediately impressed with the look of some of their offerings and put together order the same day. What followed was an epic saga and (probably) an epic journey that ended up with purchasing more from this little company. 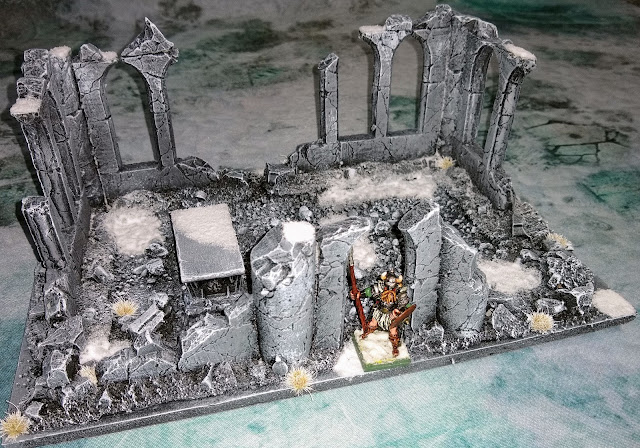 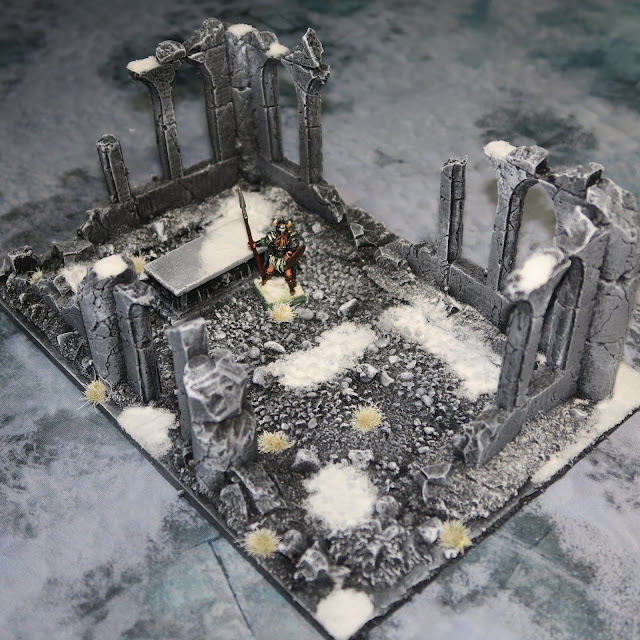 So the saga... I placed my order early in November and sat back awaiting delivery. I was expecting a couple of week wait but time slipped on and eventually, I emailed the company for a tracking number. This showed that the parcel had left Poland and was awaiting receipt from Royal Mail for the second leg of its journey. I waited a few more days but Royal Mail continued to show the parcel as having not left the country of origin. After a flurry of emails with Spellcrow, they agreed the parcel must be lost in transit and would send me a replacement. This turned up less than a week later and I was very happy, both with the quality of the models and the excellent customer service. Fast forward nearly five weeks and a mystery parcel arrived on my doorstep... my original order! Either it had been circling the North Sea for a month or (much more likely) Royal Mail had lost it in their system and only rediscovered it after the Christmas rush was over. 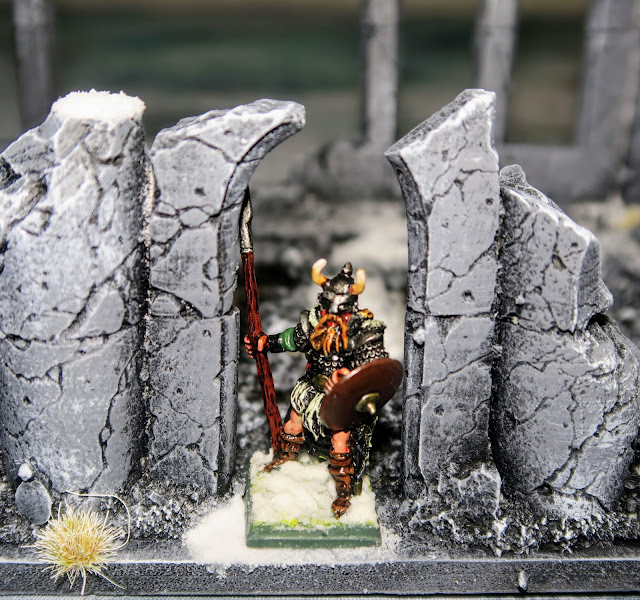 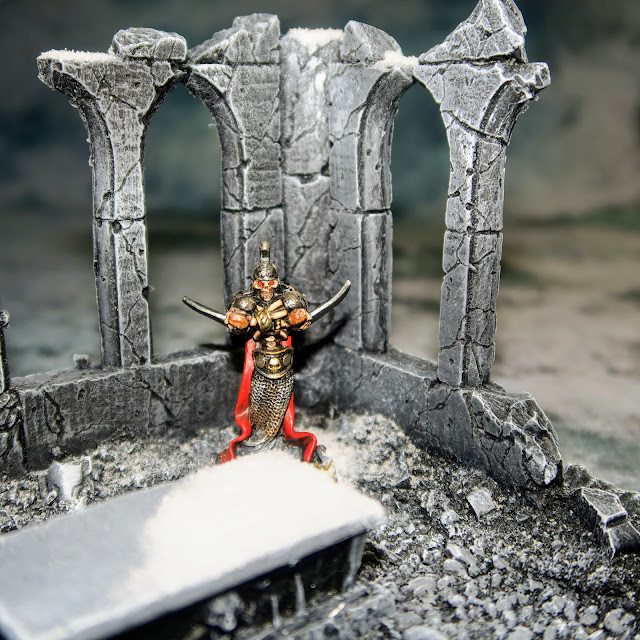 I was so happy with the quality of the resin models I had received in December (and the freebies they had included with my order) that I decided to keep the duplicate order. I hasten to add I emailed Spellcrow and have now paid for the duplicate items as I don't see why they should be out of pocket because our postal service is incompetent! In fact, I'm also in the process of putting together another order from their excellent catalogue. Quality products and good customer service should always be rewarded. 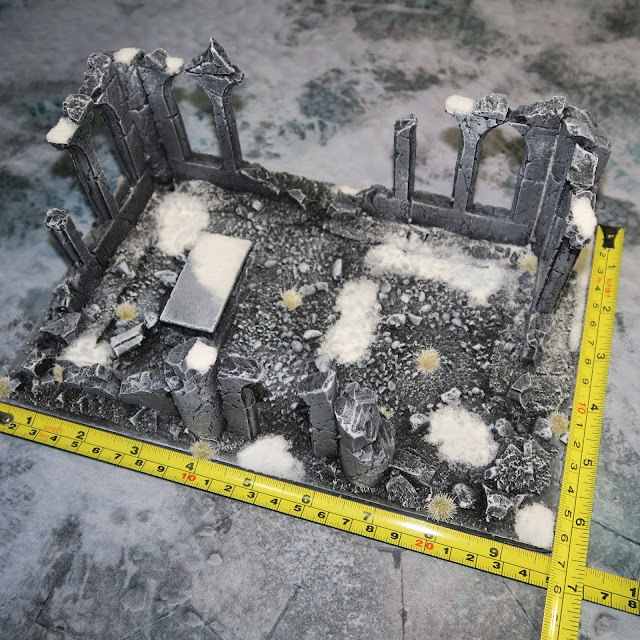 The dimensions of this building are 9"x6"x4" so the equivalent of one terrain box which should add another 20 points to my tally. I have yet more terrain for later in the challenge including more resin building ruins from Spellcrow, so my Frostgrave (mis)adventure is not over yet!
Posted by BigLee at 08:00