Finding models to use in what used to be called the bonus rounds, has always been a fun side challenge to the main event. It has often been difficult to find the right figures but I think some of my best creations have been inspired by this part of the competition. So when I saw the Challenge Island options I was very excited at all the possibilities open to explore. One thing I knew for certain was that whatever route I took, it had to pass through Rousell's Sandhill. How could I miss the opportunity to gently mock fellow Reject and good friend, Ray? 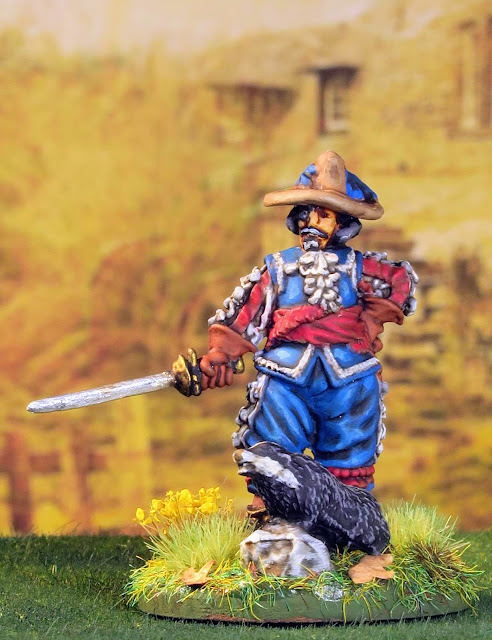 Of course, the tricksy bugger did give us a tough brief, picking a period of 1660 to 1699 in which to find a suitable floppy hatted figure. Thankfully I've played this game before, and called on all my experience (and mendacity) with previous bonus rounds to creatively shoehorn this figure into the appropriate time period. Of course, I had to identify it first. I suspected it was English Civil War but wasn't sure and so I put a request out to the wargaming community hivemind via Facebook. A response took less than half an hour and I had its origins identified. This is indeed for the English Civil War and is a Redoubt figure of a French mercenary officer. 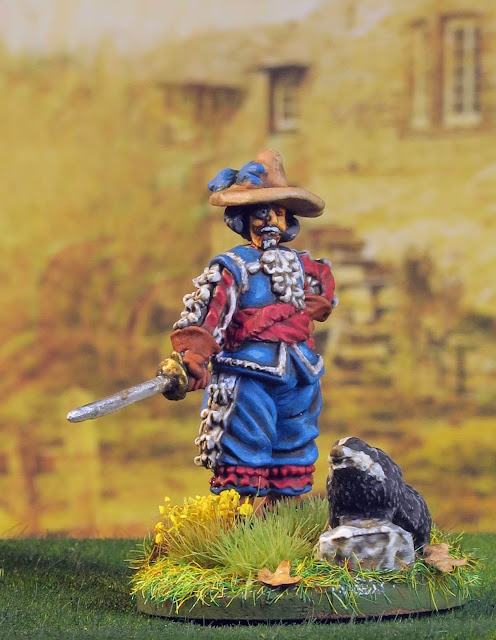 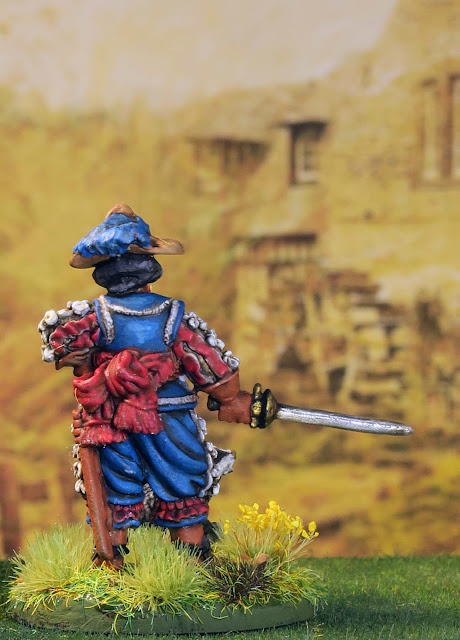 It is 1660 and the English Civil War ended nearly a decade earlier but Captain Rousell has rarely been out of employment since then. Time may have moved on but this battered and ageing warrior is still reliving his younger days, still wearing his old gear and still talking about the glory days. Of course, he could never go anywhere without his closest companion, the stalwart battle badger 'Stuart'. These two could certainly tell a few tall tales about their exploits. Rousell is feeling his age now though; a lifetime on the march, sleeping in muddy camps and all the rigours of the campaign have made him old before his time. Despite losing an eye (and a few teeth) there is life in the old dog yet. 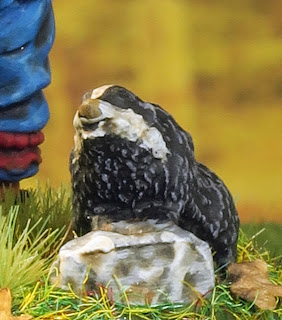 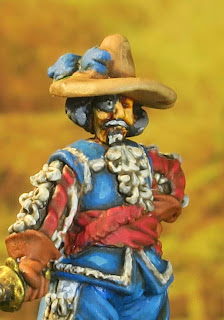 Ok, ok, I know I'm stretching the boundaries of the challenge (and credibility) a bit here but he's literally the only floppy hatted figure in my lead mountain, so cut me some slack! This was a wonderful model to paint with some amazingly detailed casting, all perfect and without any visible flash or mould lines to contend with. The only flaw was a blemish on the right cheek where his eye should be. After some thought, I cut off the blemish and turned the defect into a feature, in this case, an eye patch! 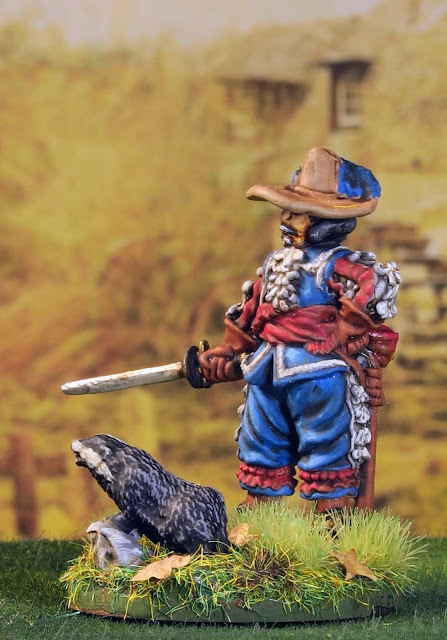 This model should earn me 40 points I think; 5 for the figure, another five for getting a Badger involved and the usual 30 for completing the location. Next stop, the Snow Lords Peak. I'm quivering with fearful anticipation at the terrible challenge that faces me next. Wish me luck, whatever it is!
Posted by BigLee at 08:30