My Zulu Army grows larger with the addition of two of the smaller regiments available, the Mbube and Isangqu. The Mbube consisted of just 500 warriors with an average age of 35. The Isangqu were 1500 strong but as older married men would usually have been part of the reserve. Their average age would have been more like 54. 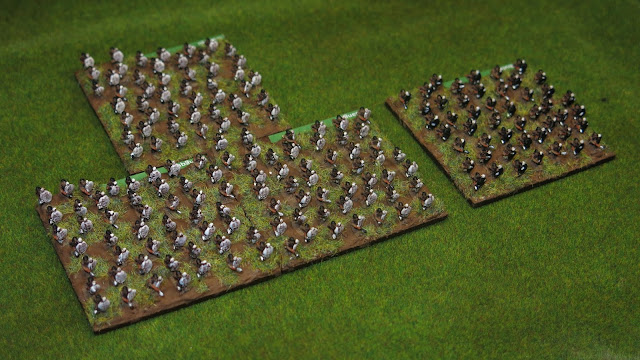 The iMbube (meaning 'Lion') were an unmarried regiment which fought at Isandlwana and Khambula. This regiment was formed by King Mpande kaSenzangakhona around 1857 from youths born about 1837. 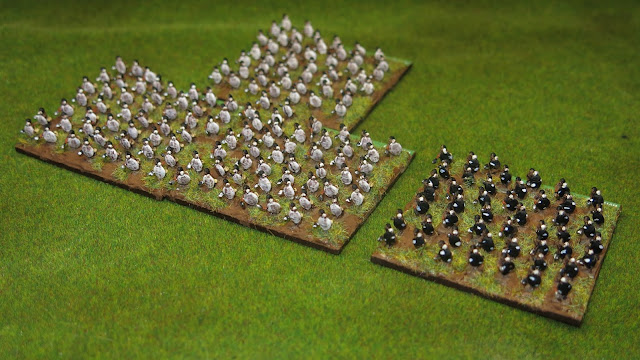 Isangqu / IsAngqu (meaning 'White Tails” or “Orange River”). The regiment was formed in 1852 and at the time of the Battle of Islandlwana in 1879 it’s members were married men in their mid-40 and early 50's. In 1879 it was part of the uNodwengu Corps, brigaded alongside the  uDududu and iMbube Regiments. However, at Isandlwana, IsAngqu formed part of the Chest of the Zulu formation and the other two regiments of the uNodwengu Corps were deployed in the Right Horn.  IsAngqu was also present at several other major engagements of the war, notably Kambala (29th March 1879), Ulundi (4th July 1879). 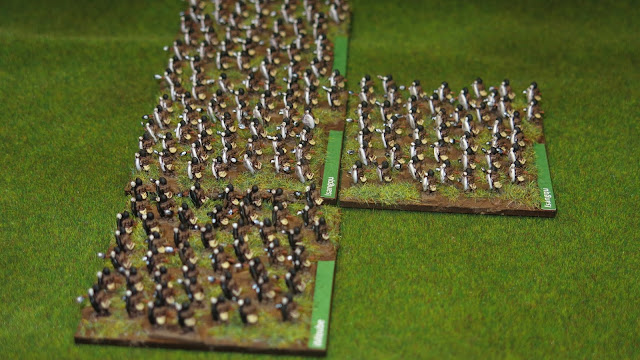 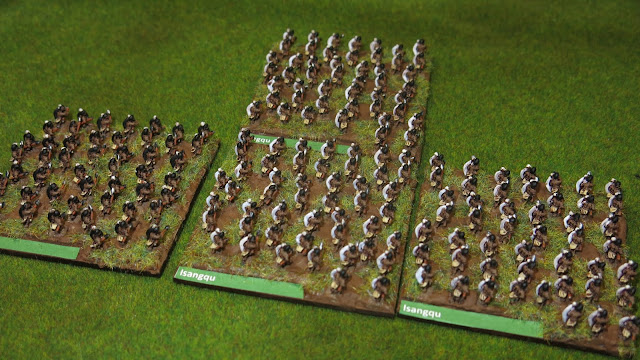 Its worth pointing out at this stage that there are lots of sources that differ from each other when it comes to describing the origin, size, history and even the spelling of the names of Zulu units. Many contemporary historians were European and were maybe 'less thorough' when it came to recording the history of a people that were at that time viewed as primitive savages. Zulu history was rooted in a strong oral tradition but its unlikely that many European historians gave this source much credence. Later historians often referred back to contemporary sources as the most reliable but again failed to utilise oral history to correct earlier inaccuracies. Modern historians such as Saul David, Ian Knight or David Rattray are more likely to include oral as well as traditional sources but the passage of time inevitable degrades the accuracy of all findings, so some degree of uncertainty must be expected in even the best researched accounts.
Posted by BigLee at 08:54