Today's entry is both a departure from and dedication to my big winter project, the Anglo Zulu War. This figure by Black Scorpion Miniatures is most definitely not 6mm in scale and has been sitting in my lead mountain since I bought it at Salute in 2012. I initially base coated it for use during my first foray in the Painting Challenge (AHPC IV back in 2013/14) but never got round to starting it. It was again rolled out as part of my to-do list when I entered Challenge VI and again for Challenge VII so its high time I finally put some paint on this figure!! 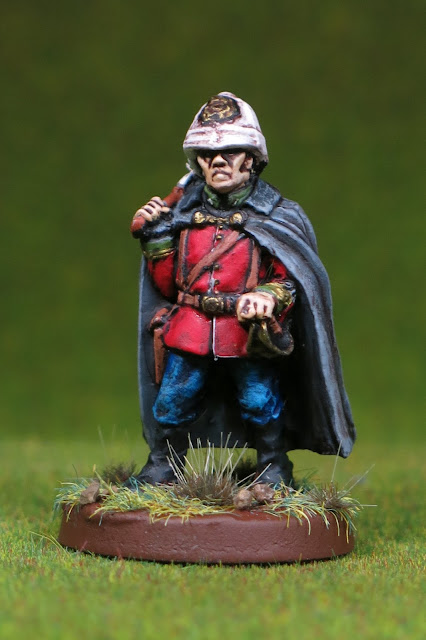 Lieutenant (later, Major) Gonville Bromhead was second in command at Rorke's Drift in January 1879 when a small garrison of just 139 soldiers repulsed repeated assaults by over 4000 Zulu warriors. Bromhead was immortalised by the actor Micheal Cain in the 1964 film Zulu and this figure is based on that theatrical version. 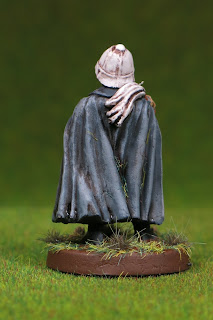 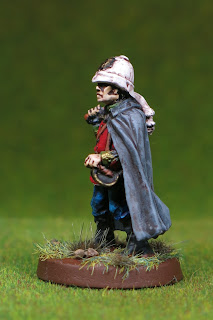 The figure was originally produced in a limited edition Resin casting for the 2009 Salute show and was initially a limited edition of just 100 castings. Fortunately Black Scorpion decided to produce the model in white metal and I'm really glad I snapped up my copy.
Posted by BigLee at 16:43