My big project this winter is a radical move away from the Ancients and WWII Desert stuff I have done in previous Challenges. I have been thinking, planning, reading and preparing to do the Anglo Zulu War in 6mm. And being a crazy madman I immediately decided I wanted to go for a low figure to man ratio, meaning I was going to be painting very large numbers of figures. My first entry for this project is therefore 12 bases of Zulu warriors of the inGobamakhosi regiment. Each base has 48 figures and represents about 500 warriors per base so this is a 6000 warrior regiment. 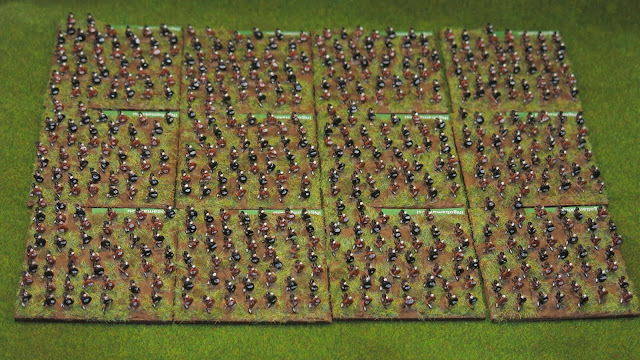 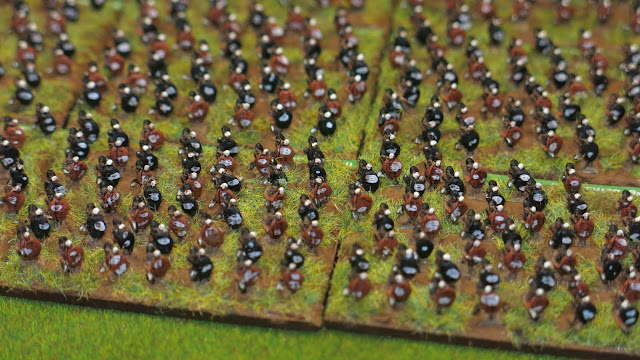 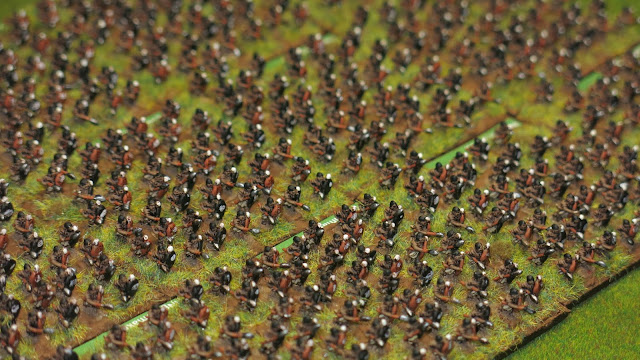 As usual Baccus figures have excellent detail and were a pleasure to paint. I didn't find them particularly difficult to complete; the real test when working on hundreds of identical figures is finding the infinite patience required...the ability to 'zone out' a bit while painting is essential! 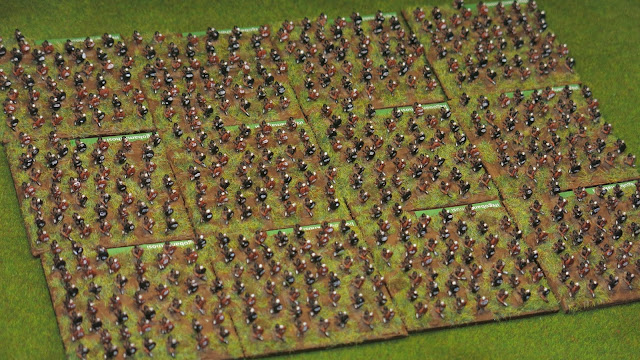 The iNkobamakosi (aka "The Benders of the Kings") were a large unmarried regiment that fought in many of the major engagements in the Anglo Zulu War including Isandlwana, Hlobane, Khambula and Uhlundi. The shields were of various colours such as black, black with white spots, red and red with white spots so I have tried to represent this here. Accounts of the size of this regiment varies from as as low as 4000 warriors up to 8000 depending which source you look at. I have gone with the lower figure for now but may add to these at a later stage.

I have plenty more Zulu's to paint but all of the other units I will work on are much smaller. This lot earned me a very tidy 300 points (288 for the figures, rounded up by a generous judge) which means I have taken a big leap towards my target.