I've not had a lot of time for painting over the last few weeks so I have been chipping away at some smaller projects. One such is a small collection of civilian models. I bought several different packs of civilians and carts from Baccus a few months back and originally intended to use them on in my Camps. In the end I chose to use the civilian figures separately and I have finally got round to painting them now. Last week I finished some carts, this week I have completed some wagons which could probably feature in many periods of history. 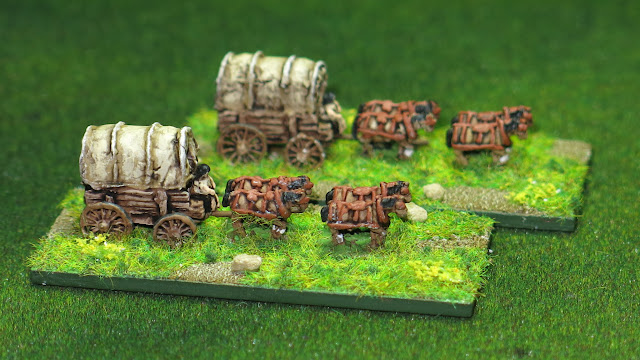 These were quite fiddly to put together - the canopies and wheels are cast separately from the wagon itself - but as with the carts, once glued to the base the models 'structural integrity' (for want of a better phrase) is much improved. 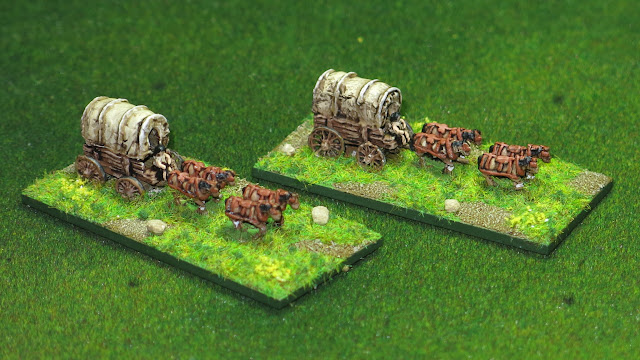 I have kept these deliberately 'generic' so they can be used with any of my ancient armies either as camp followers or part of the baggage train.
Posted by BigLee at 07:10