My latest painting project sees me depart from military units and try my hand at some civilians. These are assorted Baccus 6mm figures of Carts, Wagons and foot civilians. The models are deliberately generic so they could be used with most armies of the period and can be used to represent camp followers or refugees. They don't really have a 'role' as such in the To The Strongest rules but I'm sure I can engineer a scenario where they come into play. Maybe they could be used to represent an army camp while on the march, and cost victory medals if lost in the battle? I'll give this more thought and try to work them into a future game. 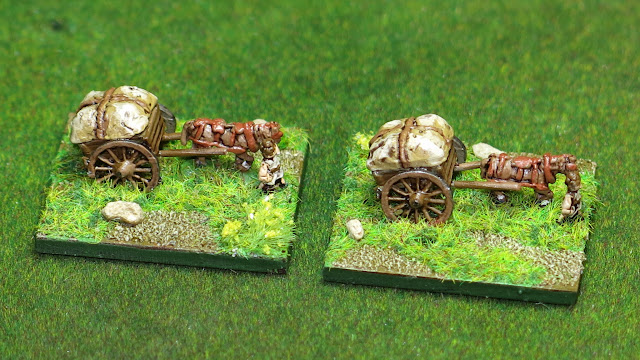 The models are multi-part with the wheels requiring a little 'finesse' to make fit. Once glued to the base the models become a lot stronger. 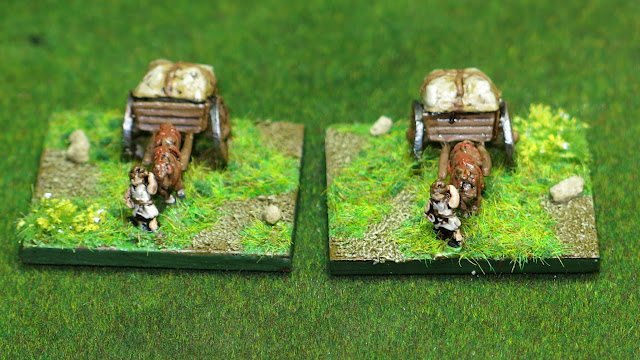 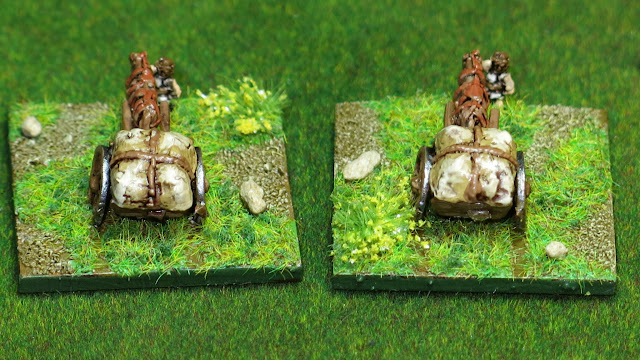 I have more wagons to paint soon and expect more civilians to follow.
Posted by BigLee at 09:31