Well I'm back from my holiday in Dorset and its been a busy week. I feel much more rested mentally although physically I'm done in - we cram a lot in when we are away! Luckily I still have another week off at home and this will give me a chance to catch up on some much needed sleep and proper rest. I'm also hoping to get a few painting projects started, but first things first, I have a load of pictures to sort out and post. I'll have them ready in a day or two and will post the best ones of some of the better museums I have been lucky enough to visit in the past week. 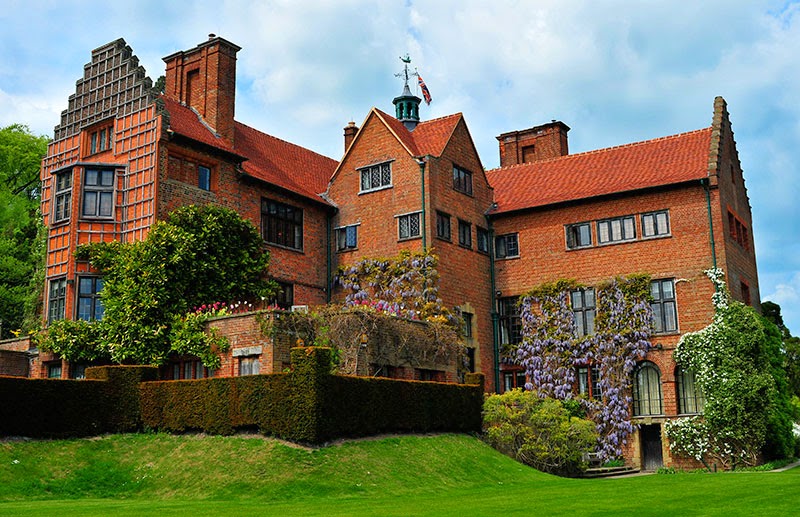 The big downside of the holiday is that I missed Salute this year. I was travelling back from Dorset on the Saturday and we traditionally try to fit in 'one last attraction' into the trip home. This time we opted to visit Chartwell, the home of Sir Winston Churchill, and I was rather looking forward to the trip as I haven't been here before. Unfortunately I overlooked the fact that this is a National Trust property and would therefore almost certainly be a little disappointed by the whole experience.

True enough, the day started with us having to pay for parking as well as entrance to the house and gardens. OK it was only three quid but added to the £32 entry fee (two adults, one child) this was a very expensive day out compared to other 'attractions' we have visited during the holiday. Then the fun really started. 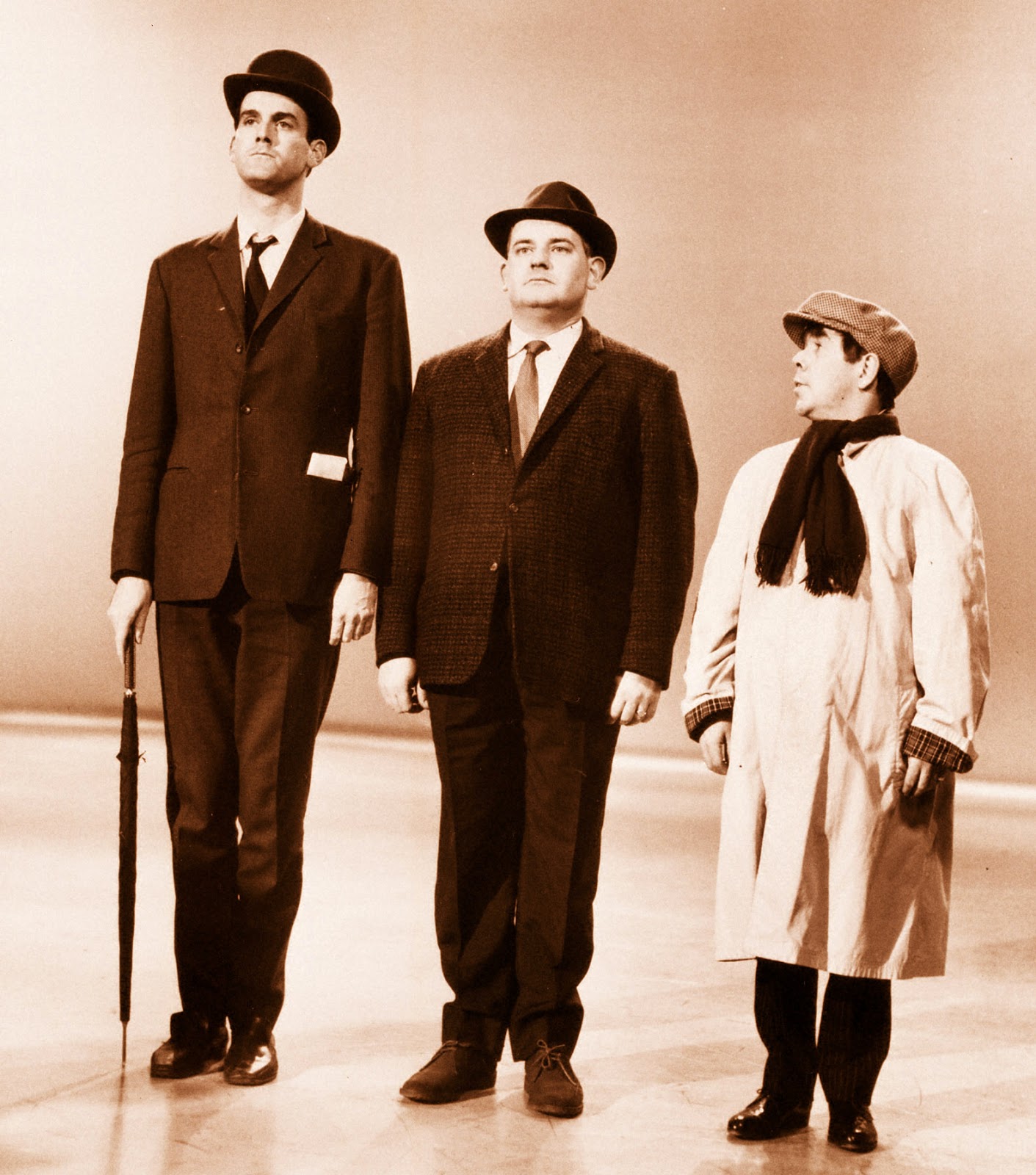 One of the things I never like about National Trust properties is the 'type' of person they seem to employ. Most of the staff are friendly enough but every one seems to be from the same social demographic; Retired, white, upper middle class, tweed wearing and just slightly supercilious. As a Dagenham lad I always feel like I shouldn't be there, making their properties look untidy and generally 'lowering the tone' with my working class background! OK, I know I'm generalising and being a little prejudiced, but there are few groups of people amongst whom I feel so uncomfortable just by being in the same room. And I was paying top money for this privilege!

Aside from my admittedly class biased discomfort amongst NT staff the main thing I dislike are the overbearing and frankly snobbish rules that go with visiting places like this. Firstly, no photography, a personal hate of mine (I've written about it at length here) and one that I cannot see any good reason to impose on visitors when they have been asked to part with so much money to gain entry. Of course they also make you leave all your belongings at the entrance with no liability accepted for the safety of your camera bag and its contents.

I also hate the fact that every room has one of the aforementioned stuffy staff members in it (presumably to stop you taking pictures with the camera you can't take with you). I'm not sure if their primary role is as informal room guides or as rules police but they hardly ever seem to know what they are talking about. One guide was muttering a load of rubbish about how popular and publicly adored Churchill was throughout his life and never once mentioned the fact that he was sacked from Government several times in his long career, faced votes of no-confidence as PM and then lost the General election in 1945. Churchill was undoubtedly the right man with the right background at the right time to lead Britain in wartime, and although he's a hero of mine even I'm not so starry eyed as to overlook the mans obvious and many character flaws. Indeed it was those very flaws that made him perfect for the job as a war leader. 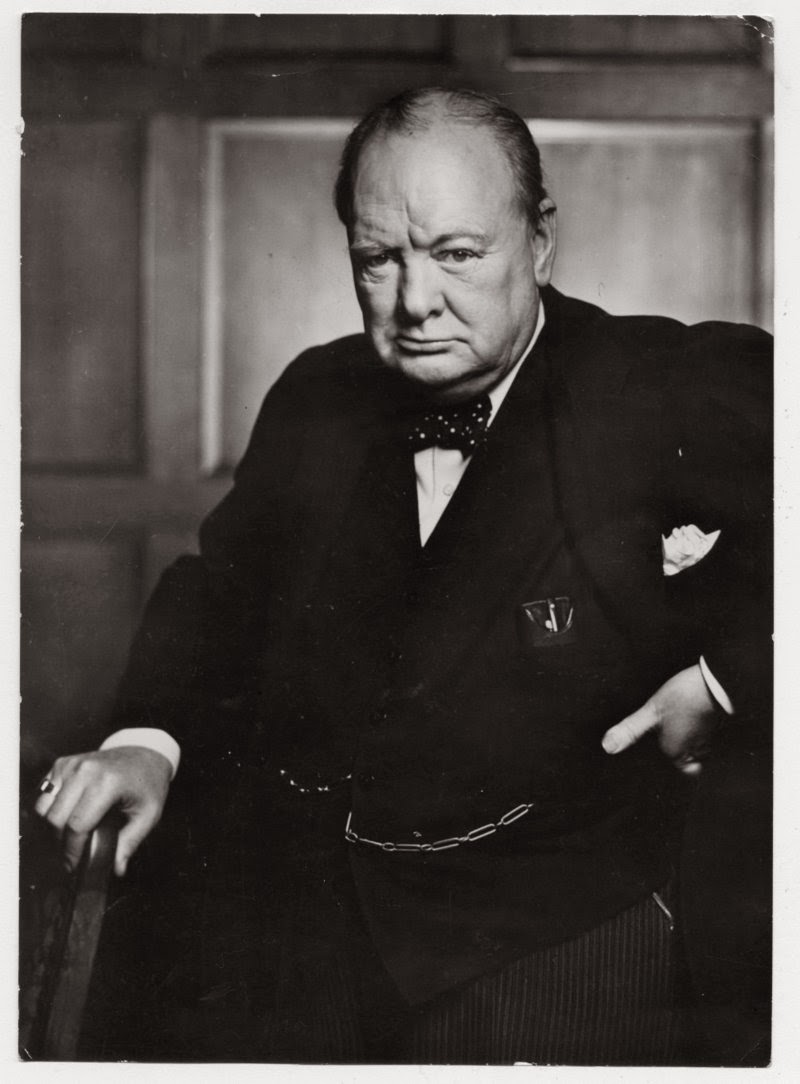 A perfect example was a copy of a memo on display from Churchill to General Alexander in August 1942 pressing him to destroy Rommel's forces in North Africa immediately. At this time 8th Army was still reeling and retreating towards their last line of defence at Alemien and was in desperate need of resupply and reorganisation and its leaders were in no real position to carry out these orders. But the Prime Minister was motivated by political rather than martial concerns as he was facing the prospect of a no-confidence vote in the House of Commons at the time! Alexander, and Montgomery refused to act until they (and their troops) were completely ready at the end of October and it was their patience and refusal to be bullied by the PM that lead to Alemein and the victory Churchill sought. For me the museum and the staff were just a little too deferential to the former PM and did history a major disservice as a result.

Aside from the poorly informed staff there are few other sources of information as you go around the house. In an English Heritage property you would expect to see information boards in every room, and probably some form of audio guide to listen too as you go around, but in many National Trust properties there is a definite lack of information... unless of course you buy the overpriced guidebook on top of the entrance fee!

Now we get to the real bugbear of our particular visit, the public rebuke my poor wife received when her phone started to ring. Most of the time her phone isn't even turned on but on this occasion she had forgotten it was still on, and then she received a call. We hardly heared the ring tone over the noise of all the talking visitors but when she realised it was her phone she quickly tried to retrieve it and turn it off...at which point a 200 year old tweed wearing staff member swooped across the room and in a loud voice told her to turn the phone off and step outside if she wanted to make a phone call! My wife was mortified with embarrassment and I was frankly a little ****ed-off at the very public, self important and over enthusiastic rules enforcement that had been laid down on her. And that pretty much finished the day off for us.

I'm not going to say the house wasn't interesting to visit, there were several items on display that I enjoyed - such as the visitor book signed by Montgomery - but without any proper information I reckon most visitors would have walked past this without realising the significance of the object. There were many other small items throughout the house that caught my eye but only because I'm interested in the period and know a bit about the man himself but on the whole the lack of signage really lets the general visitor down. I think the problem is that NT are treating the house more like a shrine than a museum and its almost as if they don't want visitors at all.

OK, rant over. It was just a pity that we ended the week on such a disappointing note, after having had such a great week in Dorset. I've almost finished working through my pictures from the holiday and in a day or two I'll start posting some from the various museums we visited... every one of which were happy to allow and didn't feel threatened by their visitors taking pictures!
Posted by BigLee at 12:03