Dead Stop and Full Ahead 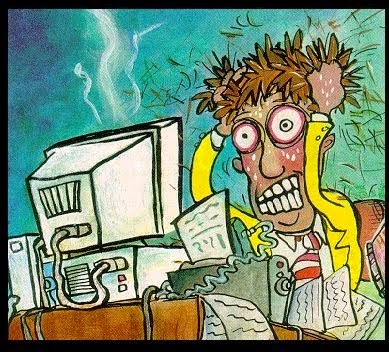 March has been a quiet month on the Blogging, Painting and Gaming front, and its going to get quieter still for a little while. At the start of the month I was busily painting away finishing off my final entries for the Analogue Painting Challenge. I'd managed to submit my Last Stand bonus model and had a week to go before the end of the challenge so I thought I'd try to slip in one last model...then all hell broke loose in work. I won't go into details but the last four weeks have been the toughest and busiest of my 12 years with my company. Normal life came to a complete standstill while I put in fourteen and fifteen hour days in an attempt to sort the problem out (all for nothing as it turns out, but that's another story) and stuff like sleeping had to take precedence over painting or blogging.

In the last month I've only had one full day off and that was when I joined the Rejects for the Roman Game a couple of weeks ago. I was so tired and stressed out by work that my wife (bless her) actually ordered me to go to a game rather than go into work because she knew it would take my mind off the problems I was trying to deal with. I love her very much, I consider myself a very lucky wargamer to have such an understanding wife and I suspect I owe her a present or some flowers at some point! Now, after four weeks of pointless insanity, it is definitely time for a family holiday! Tomorrow we are heading off to beautiful Dorset for a week's caravan holiday and some well earned R and R. As far as possible I'm staying away from technology (my work Blackberry will most definitely be turned off!) and although I'm bringing my Tablet with me its only so we can look up local attractions and events while we are away. My primary aim is to relax and 'get my s**t together' so I'm afraid there probably won't be any Blog updates for at least a week.

Of course no trip to Dorset would be complete without a visit to the Tank Museum at Bovington. My in-laws are joining us on the holiday and I'd really like to show them around my all-time-favourite museum, so we'll do a mid-week visit to avoid the crowds. When we do go my main target is to see the recently opened Vehicle Conservation Centre which was complete but still empty when I visited for Tankfest last year. Needless to say I'll shoot plenty of pictures, and time permitting, I'll upload them after we get back. This will also be my first visit as a 'Friend' of the museum. I should have joined the Friend's of the Tank Museum years ago but never got around to it. For members that live close enough the Friends provide voluntary support to the museum as guides and helpers and of course financial support through the membership fee. As I live four hours away (with clear traffic and a following wind) I'm not really in a position to be a volunteer, but the temptation to jack my job in and move to Dorset is quite strong right now!

The downside of this short holiday is that I'll miss Salute this year. I'm gutted, but as we haven't had a family holiday in two years, this week in Dorset has to take precedence. Especially given that I have hardly seen my wife and kids over the last few weeks. Its just a pity that Salute always seems to clash with the school Easter holidays now and this is traditionally when we take our main holiday of the year. I look forward to seeing everyone's pictures on your Blogs after the event, although it'll be bittersweet looking at all the gorgeous games and displays that I've missed.

So here's me, BigLee, signing off for a week...and you'll probably not even notice I've gone! Hopefully by the time we get back I'll be refreshed and in a better frame of mind. I expect I'll still be busy in work but I'm determined to get started on a few gaming projects, including relabelling my 6mm North Africa forces and working towards running another game for the Rejects later in the year.
Posted by BigLee at 08:00