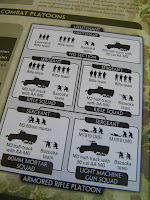 I've finished my latest Platoon for my Flames of War US Tank Company. Its taken a while for me to finish this Motorised Rifle Platoon but once I got stuck in things proceeded swiftly and I'm pretty happy with the completed job. Here are some pictures of the finished Platoon.

I've based this on the Rifle Platoon in the Cobra source book(page 61). I could have opted to paint these in the M1942 Camouflage Suit as this was issued to the 41st Armored Infantry Regiment, the 17th Armored Engineer Battalion of the 2nd Armored Division and the infantry of the 30th Infantry Division prior to D-Day. However it was soon withdrawn as it was considered to be too similar to German designs and resulted in many 'friendly fire' incidents. Instead I have painted these in regular uniform because I want to keep the unit as generic as possible. As I have indicated before this is effectively someone else's army (I'm painting them for my Brother-in-law) and he may want to make changes later.

For reference the front row consists of (from left to right) the HQ Section and the 60mm Mortar Squad, with the back row consisting of the 1st Rifle Squad, 2nd Rifle Squad and the Light Machine Gun Squad. 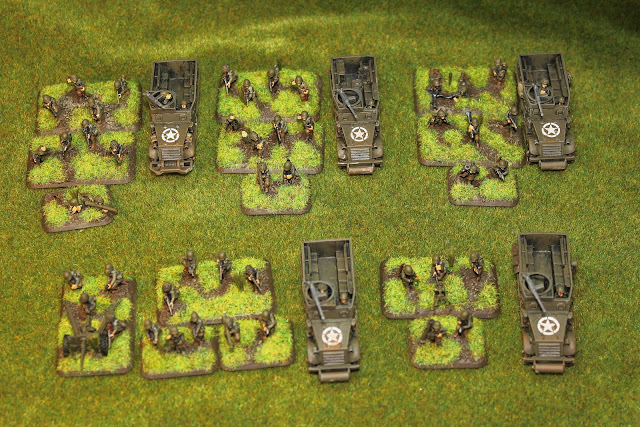 This is a close-up of the HQ squad consisting of a Command Team, a Rifle Team and a Bazooka Team with accompanying M3 Half Track. Also shown is an M3 37mm Gun Team that can replace the Bazooka Team at no extra cost. 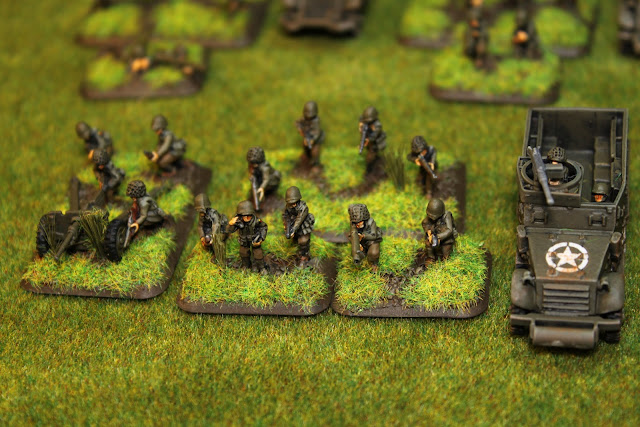 This is another wide shot showing the HQ Squad and the rest of the Platoon. I tried to add a little more detail to the bases by adding some tall grass which I made myself. I think they look OK but I'm considering buying some pre-made grass 'tufts' which I saw recently. 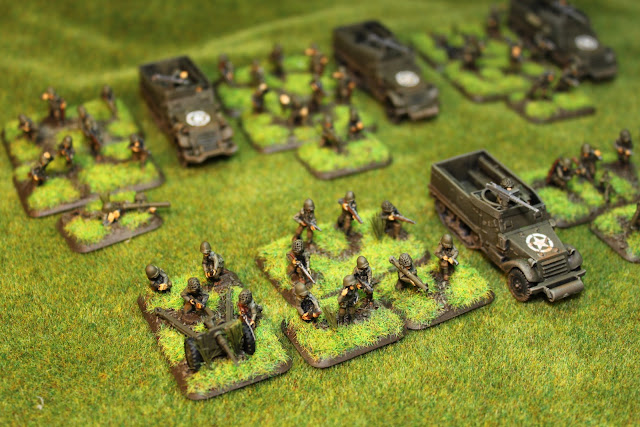 I'm getting more confident working with 15mm miniatures (my 'background' is in 28mm) and each new project teaches me more new skills. The next project that I've already started working on is another M4A1 Sherman Platoon. I'm also working on a couple of ideas for some homemade terrain, but I'll reveal more once I've worked out the design ideas.
Posted by BigLee at 09:01