A giant Settlers of Catan demo game at the 2008 Dragonmeet convention. It looked pretty cool laid out like this and certainly the players that signed up for the demo games seemed to be enjoying themselves. 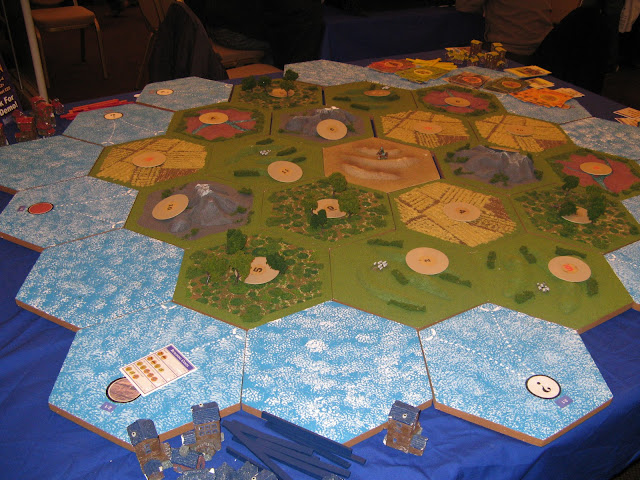 The Settlers of Catan is a multiplayer board game designed by Klaus Teuber. First published in 1995 in Germany players assume the role of settlers on the game board, each attempting to build and develop their settlement while trading and acquiring resources. Players are rewarded points as their settlements grow; the first to reach a set number of points is the winner.
Posted by BigLee at 09:01