Thanks to a very understanding wife, I have got a lot painted in the Challenge thus far. But I couldn’t avoid work forever and now that I'm back I expect painting time will be curtailed. That being said, I'm happy with what I have got done so far. This week I present the troops of Poynings, Guildford, Talbot & Savage. First, we have the troops of Sir Edward Poynings of Southwark. In my army list, he has a unit of pikemen and a unit of archers. It's likely that many of the pikemen that accompanied Henry’s army to England were French and other mercenaries (that depends on the source material and the scholar interpreting them of course). For the purposes of my OOB, I have assigned the to Poynings and they were his red livery. Sir Edward had been amongst those nobles who rebelled against Richard III in 1483 and after their defeat, he had fled to join Henry in exile. 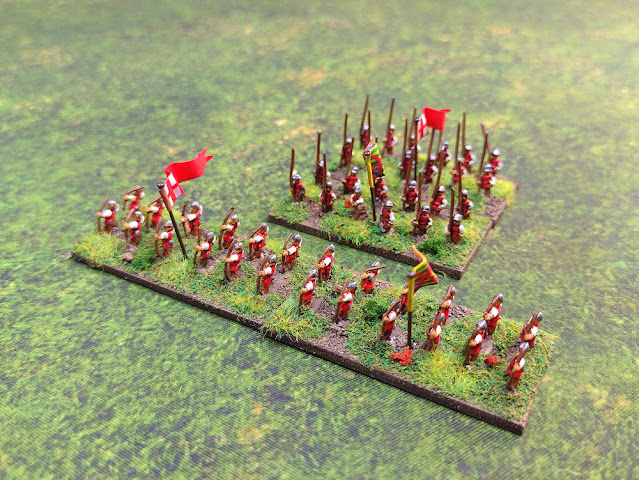 Next, we have Sir Richard Guildford of Halden. As with Poynings, I have assigned him a unit of pike and a unit of archers. I made an educated guess as to the livery for his troops, partly based on his personal banner but also on the fact I wanted to do halved livery (yellow and black). I wasn’t sure how well it would come out but I’m pretty happy with the effect. 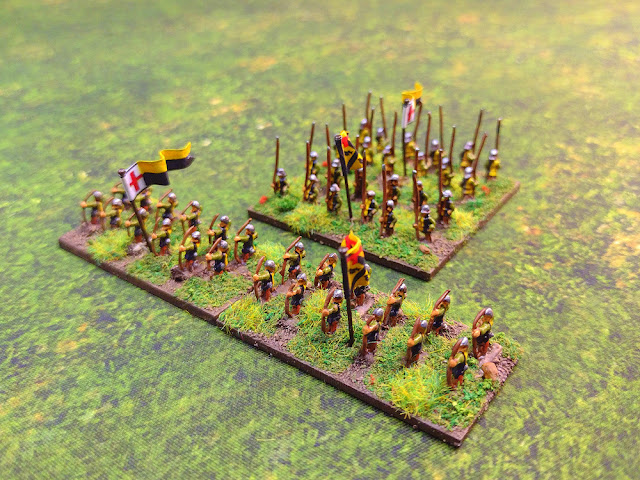 The last two units are small skirmish cavalry units under Sir Gilbert Talbot and Sir John Savage. Some of the accounts I have read suggest these were placed on the flanks of Oxford's army when it attacked Norfolk's troops. Various rules treat such light cavalry differently so it's hard to judge how effective they would be but as with all the other variables for this battle, it's something I can experiment with. Any suggestions for research material on how light cavalry was used in this period would be greatly appreciated. 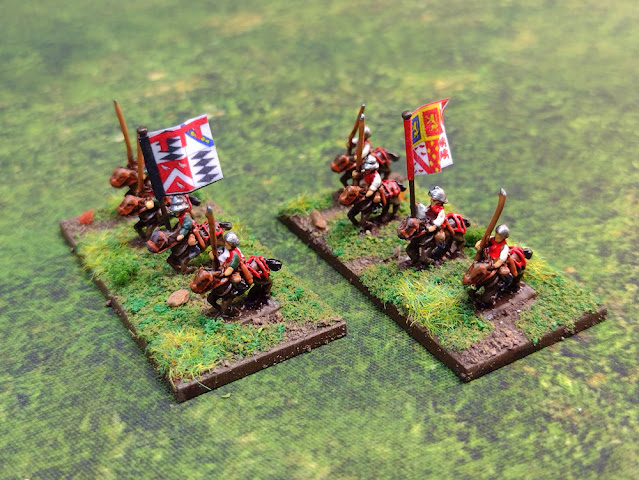 Lastly, I thought I would snap a picture of everything I have completed thus far. This is a little under a quarter of the total project…so I have my work cut out for me! 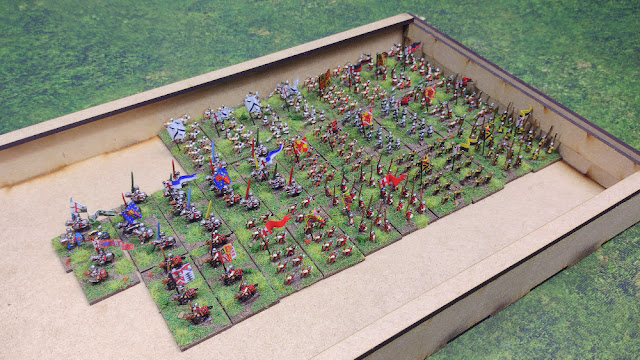 Incidentally, thank you to everyone who has left nice comments on my submissions thus far. It is greatly appreciated and keeps me motivated. However, I must correct a misconception…the painting really isn’t that great. Seriously, 6mm is a doddle to paint simply because you don’t have to be that careful or detailed with the painting. My method is to block paint all the main areas and then ink the whole model to add shadows and define one bit of kit from another (the micro equivalent of blacklining a figure). Close up they look terrible…but they look perfectly fine in the 3ft test. I have been putting extra effort into the basing and the flags and these two latter stages - far more than the painting - are what make these look ok at arm's length.
Posted by BigLee at 17:00