Battle of Whetstone 1471 - 28mm Wars of the Roses Battle Report 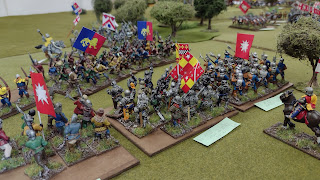 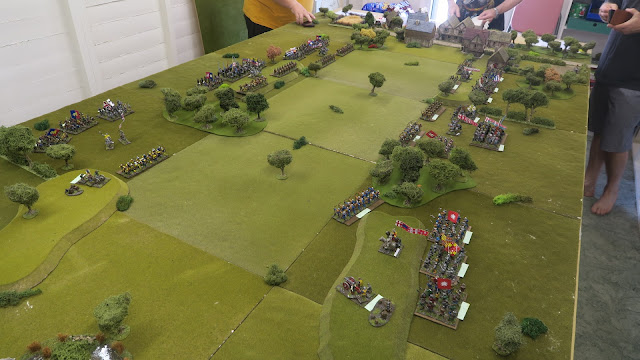 The forces were pretty much identical with almost mirror image units consisting of three Battles each. Deployment was on a dice roll (one battle at a time) and this is where Ray’s dice started to let him down. He had to deploy most of his army before we did…although to be fair there were no great surprises until after this phase. Both sides rolled to see if there were any defections or betrayals. Ray rolled two ones (something you should never do according to his Blog) meaning one of his units had defected to the Lancastrian side. Further dice roll’s determined that it was the German Pikemen, one of the better units on the table that had been tempted with better pay. I opted to put this in Steve’s battle, on our right flank, but where it could assist my attack in the middle if necessary. The dice gods were already looking favourably on the Lancastrians. 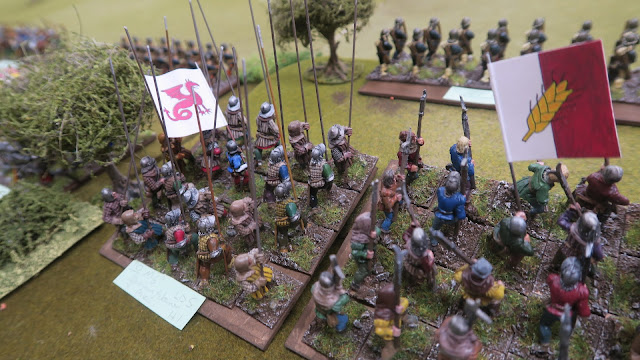 Our plan was simple. The Main attack would go in against the Yorkist left, recently weakened by the defection, and in the centre. Meanwhile, our left-hand battle would simply hold the Yorkist units in place and prevent them from disrupting my attack in the centre. Archers on both sides were thrown out front and while the foot units advanced, would keep ahead of them and do as much damage as they could to the enemy. 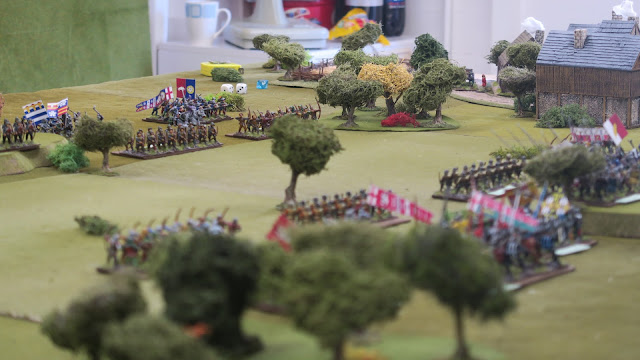 Stuart's rules are IGYO so whoever won the initiative rolls would get to move first, and crucially in the early stages, fire first. Here Ray was luckier winning several early turns of initiative and weakening our archers. However, our dice rolls with fewer archers were blessed and we managed to do more or less equal damage back. So far so good for the Lancastrians. 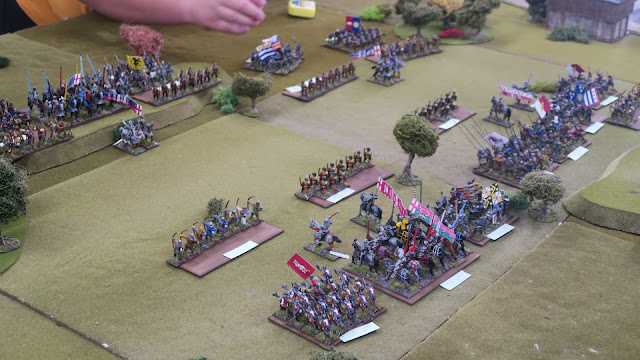 Ray knew he was outnumbered in his centre and flank and could only hope to do well in melee - the dice gods would decide the fate of the Yorkists this day. 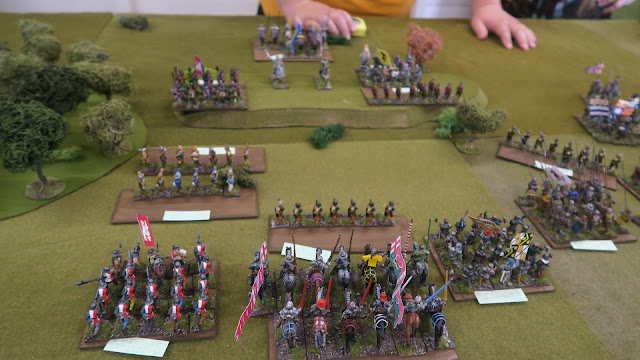 In the centre Rays mounted knights were hit by archers, losing 25% to Lancastrian longbows. Realising he would face more of this Ray wisely pulled his knights back behind the hill they were on, presumably so he could launch a charge if I were unwise enough to crest the hill and come into view. However, this left his billmen on either side rather exposed and I was pressing forward to exploit this. 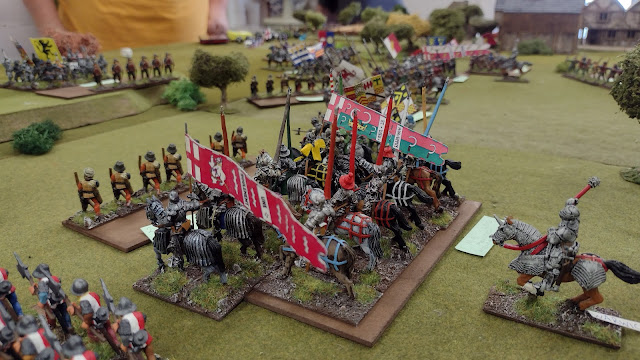 But the first sets of Melee’s would take place on the Lancastrian right as Steve and Ray had both moved forward there. When Steve’s battle did make contact with the weakened Yorkist left flank he managed to get a numerical advantage in the fight…made all the more effective by some incredible dice rolls. The Yorkist Battle on the flank was thrown back decisively. 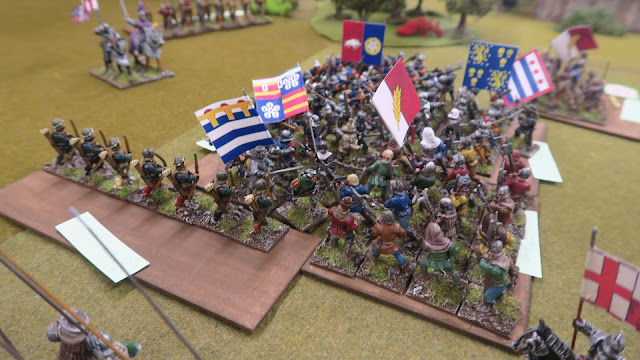 This meant that I could effectively ‘borrow’ the recently defected Welsh Pikemen from the left of his Battle to support my attack in the centre which would happen in the following turn. 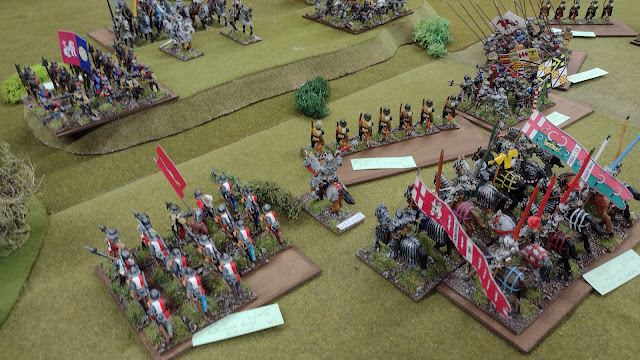 But Ray had by now decided that victory was not to be his and conceded before the bloodshed began. I think it was a wise decision…especially as the heat in the shed was built to a crescendo by this point!

As the Lancastrian Commander, I was suitably pleased with the outcome of this fight, although it has to be said that the defection of the German Pikemen was a significant moment, both for the strength of the armies and the Morale of their leaders!
Posted by BigLee at 17:00