I have been looking forward to painting these for a long time. The massed elephants of Poros' army is such an evocative image, I couldn't resist buying this army. Everything I have painted up to now has effectively been painted to justify painting these beasts of war.

The Elephant could perform a number of useful military functions (clearing obstacles, fording rivers and battering down the walls of strongpoints) but it was its prowess and the phycological impact of these massive animals that saw them favoured as beasts of war. In Ancient India the army was divided into four types; Infantry, Cavalry, Chariots and Elephants. As I mentioned in my post about the Chariots these had once been the prestige weapon of war but had started to be replaced by the Elephant as the dominant wing of most armies. Magadha (mid-4th century BCE - 321 BCE) had about 3,000 elephants while the Mauryan and Gupta empires with figures of anything up to 9,000 animals in its command. King Poros, at the Battle of Hydaspes (326 BCE) faced Alexander with a mere 200 Elephants but this still sounds like a terrifying sight. It's possible that facing these animals, and knowing that larger armies lay ahead, was partly responsible for the army eventually refusing to continue with Alexanders invasion of India. 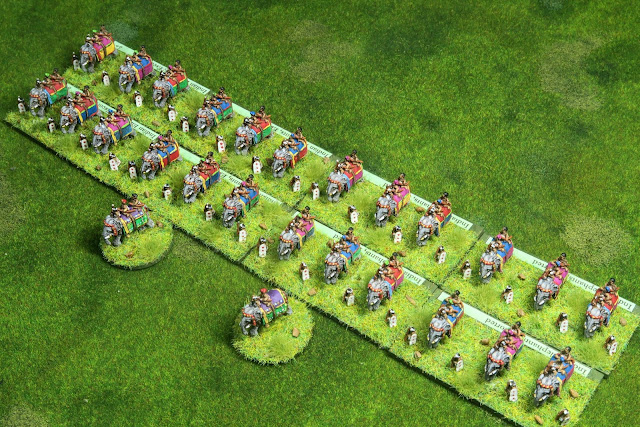 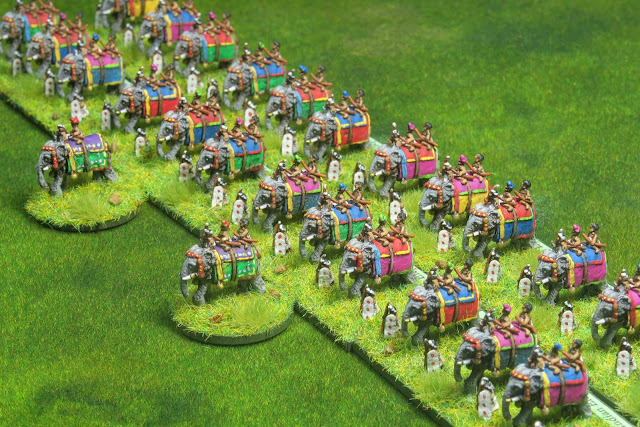 The Arthashastra of Kautilya (c. 4th century BCE), gives a lot of information on different kinds of elephants, their training, and their conduct in war. Their main use in battle was their ability to crush enemy foot soldiers, scare away horses, and trample chariots. The psychological impact of these creatures cannot be underestimated, however, their practical success has been hotly debated for centuries. Wounded or dying elephants could as easily trample their own troops as enemies. And an elephant running amok is as uncontrollable as it is unpredictable. Royal elephants were specially trained and prized for control but if the beast decided to run away it's riders - including any commanders - would be carried away with them, come what may. Despite these risks, the Elephant was still a prized weapon of war and at the Hydaspes, King Poros fought bravely from the back of his mount, even after the defeat of his army was inevitable. 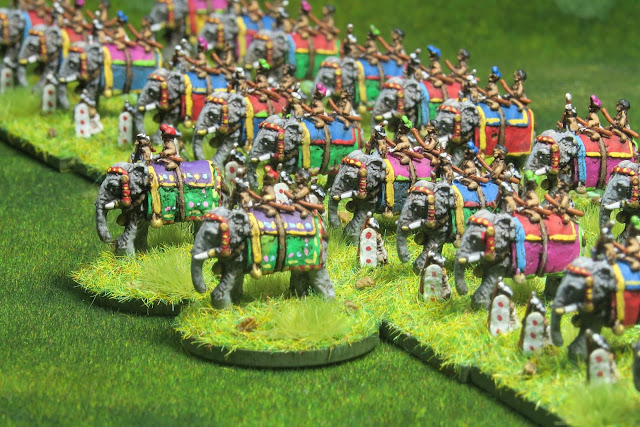 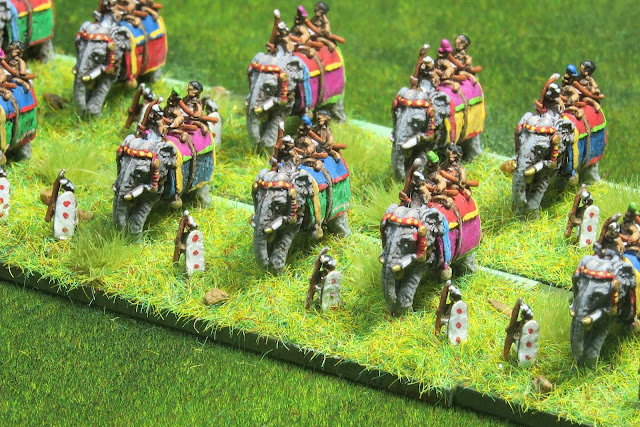 Elephants could be provided with armour but by the 4th Century BC they were often covered in massive rugs called hatthatthara which would provide quite effective protection from arrows. As Poros would find, these were less effective against 18 foot Sarisa pikes and well-disciplined troops. From about this period the Mauryan kingdoms used three riders, all archers, with two shooting. 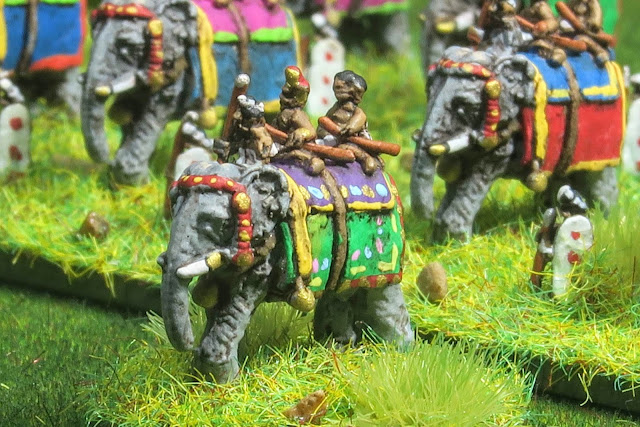 With the Elephants finished I have completed everything I had planned for this army, so I guess a picture of the whole lot is in order? Here's my Army of Poros at the Hydaspes. They don't currently have anyone to fight as I haven't started collecting the figures I need for the corresponding Macedonian army... maybe something to consider for Challenge XI ?!?

It seems a shame to put these away in a drawer so I think I'll buy myself a small display case and get these fella's out where I can enjoy them.
Posted by BigLee at 08:00