I have been collecting together all manner of bits and bobs and now have an eclectic collection of 28mm 'fantasy' debris that I can use in my Frostgrave games. Some of this is the stuff that I have made myself; some bits are leftovers from other kits; a few items I bought without any particular use in mind (oohh Shiney! etc); and a few items are freebies given away with other purchases. I decided I needed to have a big clearout of this growing hodgepodge of items and paint them up. No idea how to score them so I'll leave that particular conundrum to the unlucky minion on duty today! 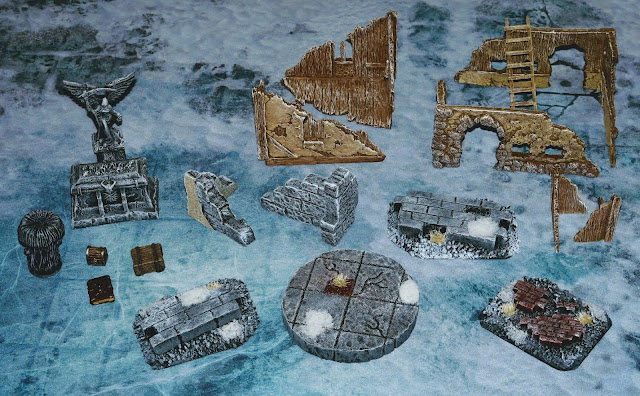 Bits from Spellcrow
I bought a few items from Spellcrow late last year and after some issues with Royal Mail I ended up with two sets of stuff. So you'll see there are two ruined building corners in duplicate. They also sent me a few freebies with these parcels, including useful items like the Ladders, and some more eclectic stuff like the Mushroom! I'll find a use for it all one way or another. 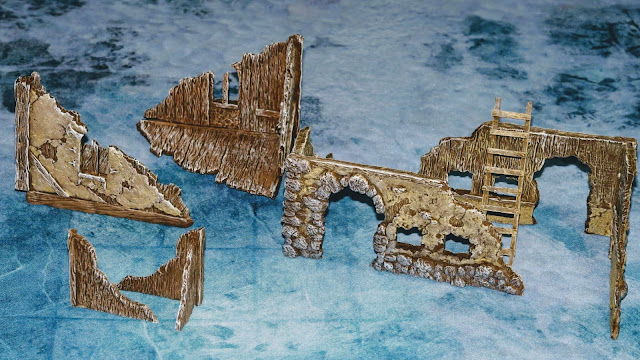 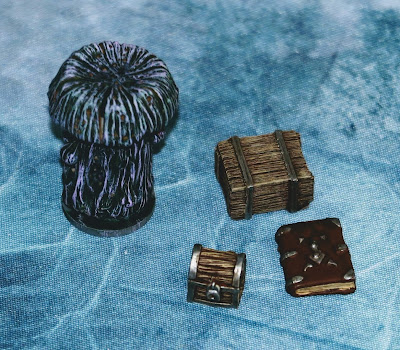 Collapsed Walls
I saw something like this on another website (sorry can't remember where) and decided to make some myself. I can use these around my other buildings to block roads, create cover and provide little elevated positions for line-of-sight. All are made from offcuts of foam as I'm trying not to waste anything that could conceivably be repurposed at a later stage. Incidentally, I have run out of my usual 'frosted' grass tufts so I found some similar shaped tufts, recoloured them and dry brushed the frost on them. They match pretty closely the commercial ones I bought and won't look out of place on the table. 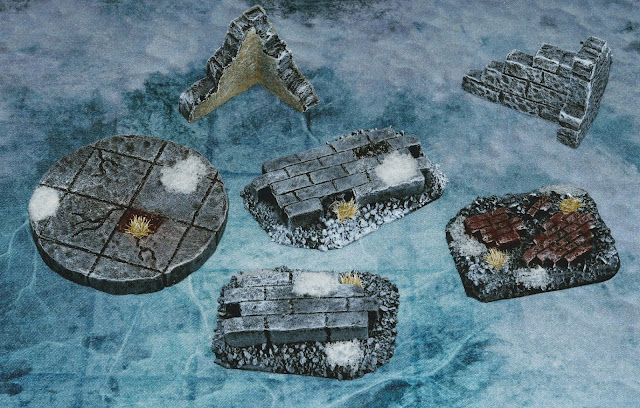 Reaper Funerary Sculpture
Back at the end of November, I went to Dragonmeet in London with my daughters. This show is primarily aimed at roleplayers but it has always had its fair share of miniatures to buy. I bought myself a new set of dice for roleplaying (one never has enough dice!), and also picked up models and these excellent graveyard sculptures from Reaper. 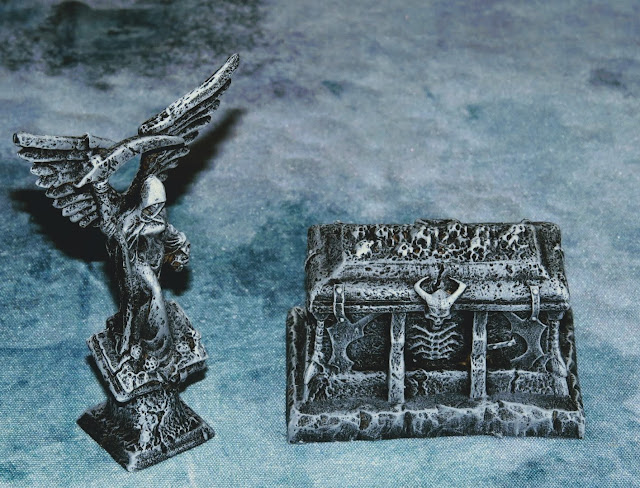 It's school half term next week so I'm taking my stressed teacher wife away for a short holiday to the wilds of Sussex. Little does she know I have a list of museums that I want to visit, but I'll broach that subject when we get there! I won't be getting any painting done but I will be spending some time assembling a load of plastic 28mm figures for the latter weeks of the Challenge. Not six millimetre and they are fantasy figures for Frostgrave...Ray's going to love them!
Posted by BigLee at 08:00