I've been working on more terrain elements for my 6mm To the Strongest! games. Having made some smaller items a few weeks ago I wanted to make something a little larger that could be used as a significant terrain feature in a game. These are generic enough to be used in a number of scenarios. I'm probably going to make a lot more in the coming months as I'm hoping to significantly increase my storage and gaming space in the not too distant future (more on that in a couple of months).

The Marshy Stream
This is a two-part model that can be combined to form a significant feature. I envisage this being used to branch off from a river and represent a bog draining into the river or a shallow valley filled with rough vegetation. The marsh forms a linear barrier that can't be crossed but the land around it is treated as rough terrain and can be traversed by some troops, albeit as a difficult activation. 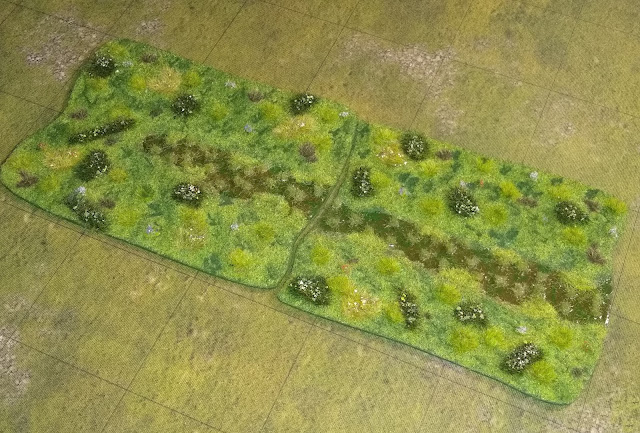 Large Hill
Well, it's a large hill...there's not much more that can be said about this. I've made this to sit along a table edge and I will eventually make some more like this. I'll also make some that can go together to create much larger features, but for the moment I have just made this one. Built entirely from corrugated cardboard then coated in filler, it is surprisingly robust while still being very lightweight. I have noticed a little bit of warping as the plaster dried, so that's something to consider. I think next time I'll arrange the layers at 90° to each other to improve their structural integrity, particularly on larger builds. 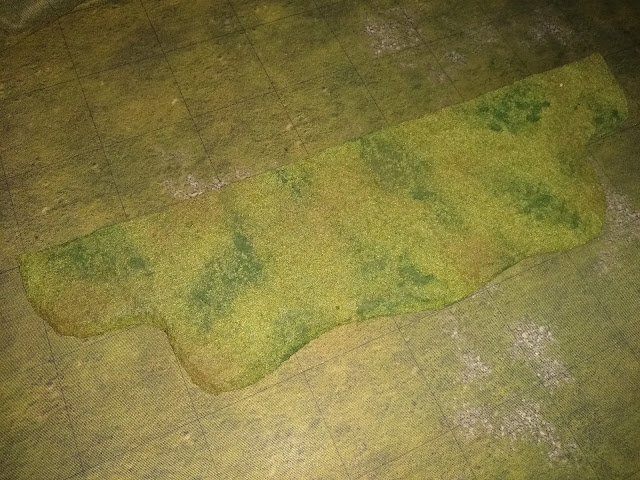 Large Rough Terrain Features
So we have a large boulder-strewn area and a muddy field. Both are treated as rough terrain which means they can be traversed by regular infantry but only as a difficult activation. Imagine a formed unit of orderly Romans trying to maintain formation as they passed through that muddy ground. Light troops, however, ignore difficult activations for this type of terrain. 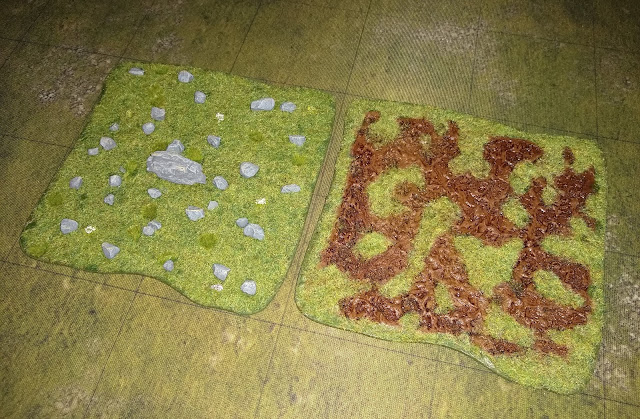 For comparison, the square grid is about 7.5cm (3") and each box comfortable holds two bases of  6mm infantry or cavalry. I'll be making more terrain in the coming weeks and of course, I'll post some pictures when complete.
Posted by BigLee at 19:16