The North Weald Airfield Museum displays items that show the active service life of the airfield between 1916 and 1958 when the airbase closed. The museum is situated in what would have been the old station office for the airfield. It's been some years since I've been here so I thought it was well overdue a return visit. As usual, I went camera hand and took a load of photos, some of which are shown below.  Outside the entrance is a large memorial stone donated by Norway in recognition of the use of the airfield by the Royal Norwegian Air Force that was based here during World War II after the occupation of Norway by Germany.

Inside the museum, there are five main rooms dedicated to different periods of airfield history. The first room looks at the history of the airfield for WWI right through the interwar period. There's a heavy emphasis on the fight against the Zeppelin raids and the development of tactics to deal with this new weapon of war.

Another room is specifically dedicated to the battle of Britain and many young pilots flying hurricanes would give their lives in this conflict. The collection here includes documents lots of photographs of personal histories medals and unusual items of memorabilia. One such is the chest mike the WAAFS would wear when working in the plotting room as part of Britain's anti-aircraft defence network.

Yet another room is dedicated to the later War. And all the foreign pilots that served here. Before America officially joined the war over 60000 Americans had volunteered to join the RAF. 6 1/2 thousand had actually served in the RAF many giving their lives to defend England and democracy. Later as already mentioned the Norwegian air force was based at North Weald. 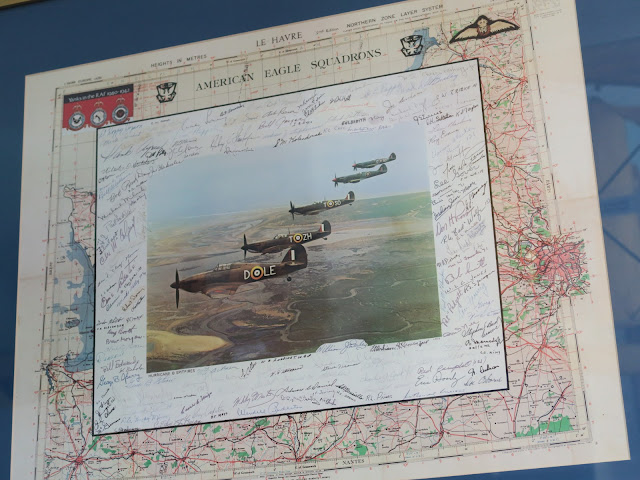 After the war, the airfield continued to be used well into the jet age and only cease to be an RAF base in 1958. The airfield itself continues to this day as a civil airfield but they have a nice collection of aeroplanes that can be seen on special days. I also have a number of air shows during the year all of this has been reduced due to that very close proximity with the M25 and M11 motorways. 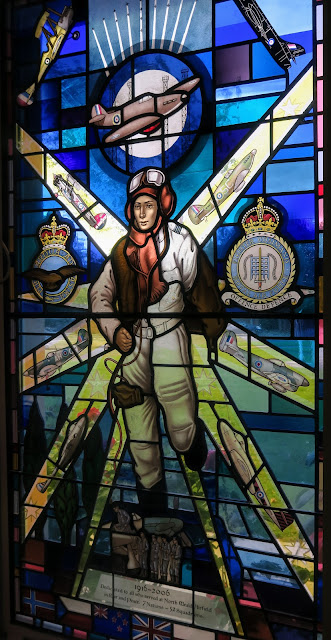 This is a very small museum, so allow about an hour to 90 minutes for a visit. However, the collection is very interesting, very well displayed and the staff are extremely helpful and willing to answer any questions. Entry is just a couple of pounds and all profits go to the upkeep of the collection, so if you have an hour or two and it's well worth visiting and having a little explore. Check out their website at www.nwamuseun.co.uk for more information.
Posted by BigLee at 17:11