This week’s entry, two units of Greek Slingers, is just a small one again, although I have several more nearing completion.

The sling is a deceptively deadly weapon in the hands of a skilled warrior. The simple rope sling effectively extends the reach of the arm allowing more power and greater range to be applied to a projectile than if thrown by hand alone. 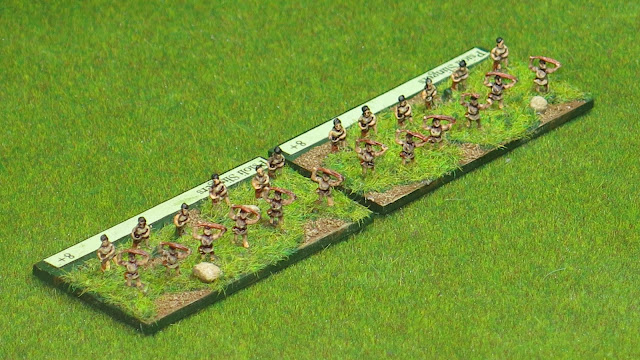 The smallest stones were mere pebbles weighing in about 50 grams (1.8 oz) while the largest could be cricket ball sized rocks of 500 grams (18 oz) or more. Stones were usually (but not always) made of stone and roughly shaped to improve balance and aerodynamics. The overall weapon was therefore extremely cheap and very easy to produce. 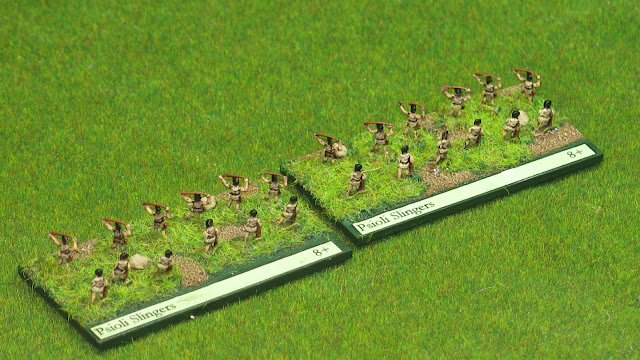 In the right hands sling projectiles could achieve velocities of over 100kph and ancient accounts say that slingers could hit targets with incredible accuracy. It doesn’t take much imagination to realise that being hit in the face by half a kilo of rock travelling at speed could be deadly. 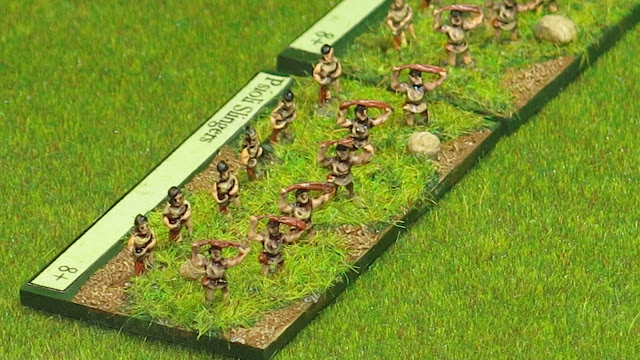 Two bases of Greek Slingers (24 figures) will earn me a modest 12 points, but at least it’s another step towards my final target. I’m comfortably ahead of where I need to be at this stage of the Challenge and I have a lot of other entries at various stages near completion sitting on my desk.
Posted by BigLee at 09:36