Pyrrhus of Epirus and Hellenistic Generals 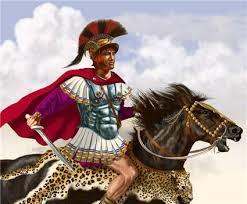 Hannibal listed Pyrrhus of Epirus as one of the greatest military men of his age yet today we remember this Hellenistic King for his costly victories. Pyrrhus was a man born to a great potential destiny in 318BCE and spent much of his early life struggling to regain his father’s throne in Epirus.

Compared to Alexander (whom he greatly admired and was related to on his mother’s side) Pyrrhus was ultimately a failure. He failed to achieve his overall strategic aims against Macedonia, failed to win against the Romans and was eventually killed in battle while attacking the city of Argos. But for all this he was described as an inspired leader, was one of the first serious threats to the early Rome Republic, campaigned successfully in Southern Italy, Sicily and Greece and wrote several well respected books (now lost) on the art of war. 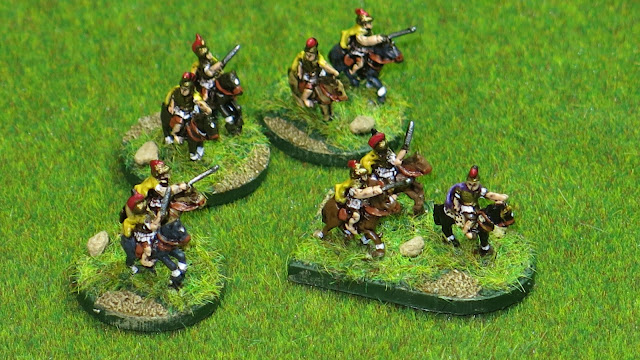 I made a slightly larger base for this larger than life General. Other lesser Generals are based on round bases as usual while individual heroes are based singly and on smaller round bases.

These should be more than enough for my Pyrrhic army and hopefully will lead that army to great and terrible victories!
Posted by BigLee at 08:00