Cassino : Portrait of a Battle 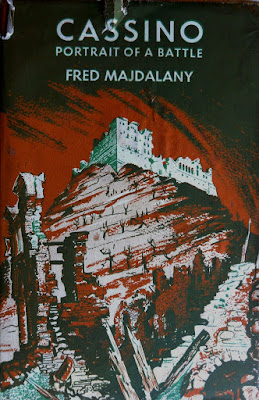 Cassino: Portrait of a Battle by Fred Majdalany has become a classic account of one of the bloodiest episodes in the Italian Campaign of 1943/44. His description of the fighting on this section of the Gustav Line is almost poetic in its prose and very clear in its description of what proved to be a bitterly contested and complex series of battles.

The allies had fought their way north against the deliberately stubborn fighting retreat of the Germans who held each mountain pass or ridge long enough to inflict the maximum casualties on the attackers before pulling back to a new position at the next pass or town. The geography of Italy makes ideal ground for the defender and by the time the Allies had reached the Rapido Valley they were already exhausted and battered. Now external political pressures urged the allies on against the German Gustav Line anchored on the town of Cassino and the Benedictine Monastery that overlooked it.

The line of mountains and hills that jutted into the path of the advancing allies was a natural defensive position. The town of Cassino sat astride one of the two main roads heading north towards Rome and the Monastery and surrounding peaks gave the Germans unparalleled lines of observation. They could see everything the Allies were doing and respond to it quickly and accurately. This made capturing the Monastery vital to the continued advance but it also meant overcoming the fact that each peak in German hands could provide support to the other. Any allied unit that moved in daytime would find itself fired upon from multiple directions and many New Zealand and Indian troops were lost in this inhospitable terrain.

Famously the second Battle for Cassino involved the controversial bombing of this Monastery. The destruction served little purpose in the end because the buildings were almost certainly not occupied by troops at this time and it was the surrounding heights - and the observation positions they afforded - that were of real value to the Germans. The civilian refugees and monks inside the complex were the main casualties and when those that survived fled, the Germans were free to occupy the rubble. The destruction of the Monastery was also a propaganda coup that the Germans were quick to exploit. 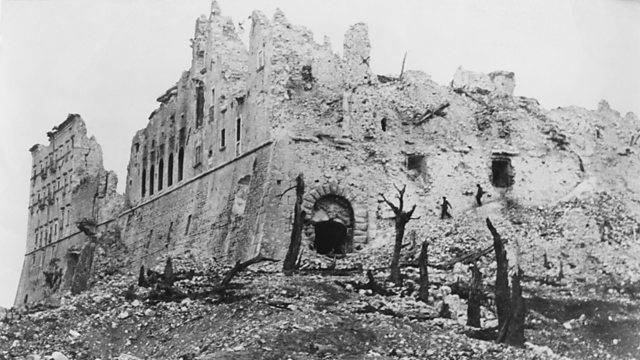 The third battle opened with the bombing of Cassino town itself. This was a purely military target, having long since been denuded of its civilian population, fortified and reinforced with pill boxes, bunkers and tunnels. An Allied assault on the town quickly followed the air attack but despite the intensity of the bombing the German defenders were stubbornly alive and still capable of putting up a stiff defence.

"This kind of fighting has little coherence, no design that is easy to follow. ...it was a mosaic of grim little fights over small distances; a lethal game of hide-and-seek in ditches, cellars, craters, mounds of rubble, sewers, and fragments of buildings that resembled stumps of teeth..." 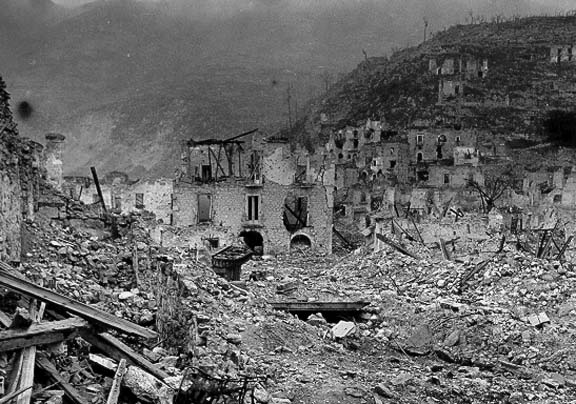 In the end the key to wining at Cassino was better weather, detailed preparation, careful deception measures and above all overwhelming local superiority of numbers. Two armies were tasked with breaking through the Gustav line while the reinforced Anzio beachhead further north would break out and trap the fleeing German divisions. Despite the planning and numerical superiority the 4th and final battle for Cassino was no pushover.

"Once it had started, it was no longer prongs and thrusts, pincers and penetrations, movements of divisions and corps. It was men. The compact design on paper was now a sprawling pattern of separate human ordeals... All battles are small groups of men fighting other small groups of men until one or the other can fight no more. The large offensive simply means there are more of these groups operating over a greater extent of ground."

As it was the planned 'trap' was not closed (General Clark decided the prestige of capturing Rome was more important than following his orders!) and just two days later the allies landed at Normandy and the emphasis had shifted to Northern France.

This is a very well written book and very easy to read. Sometimes details can be a little lacking but in such a confused and chaotic battlefield its a wonder that anyone was able to make any sense of