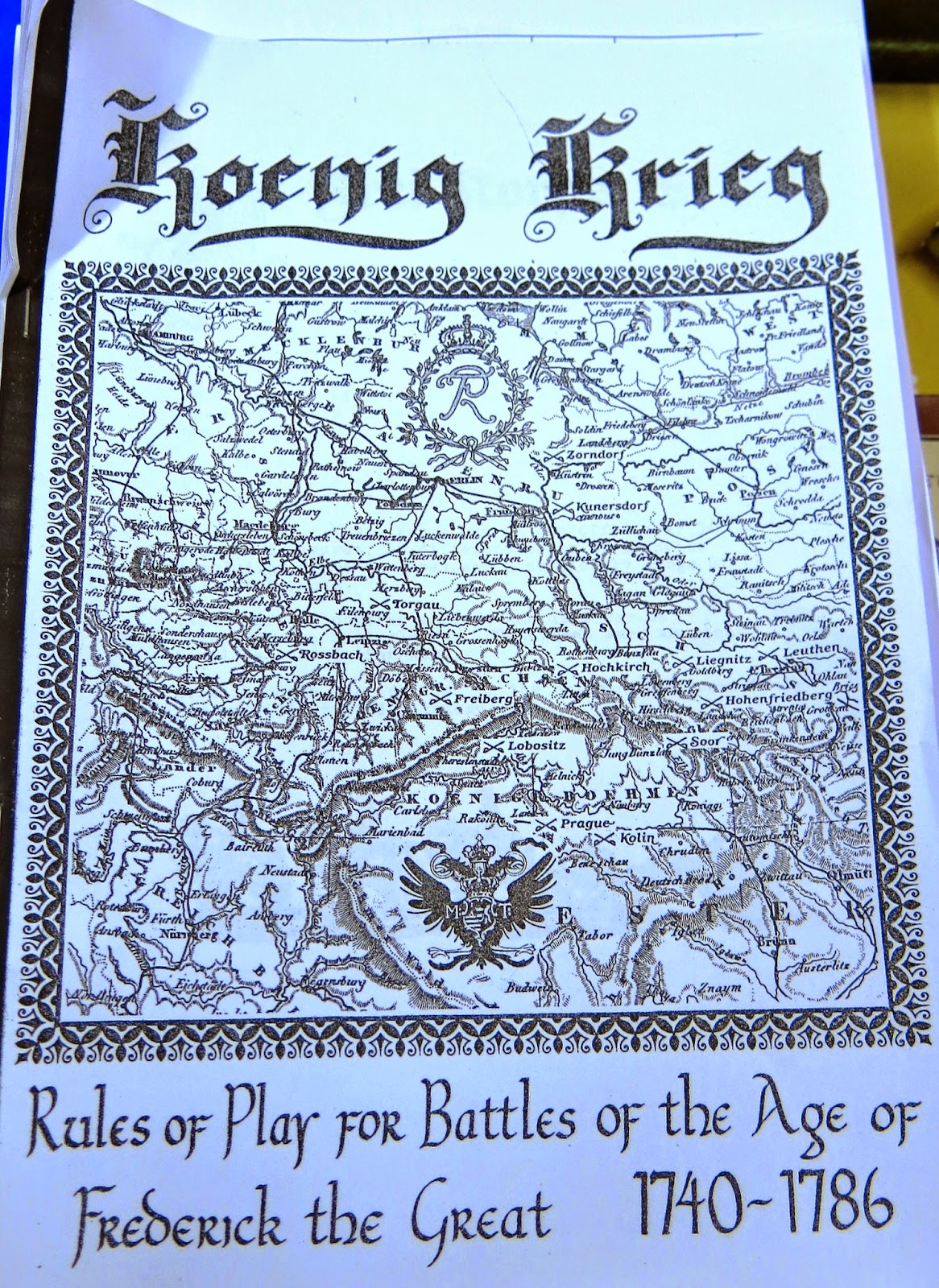 On Saturday the Rejects gathered in Posties Shed-o-War to replay the Battle of Leignitz game we fought before Christmas. The first game saw us using the Age of Reason rules, which we pretty much universally decided we didn't like. The game was hard work and we felt the rules were clumsy and far too complicated for a fun game. Then Richard suggested that Koenig Krieg would have been a better set of rules for this period and thus was born the idea to re-fight the same game - with the same forces and terrain - using these rules.

Setup
As in the previous game the Austrians (commanded by Fran) set up first and the Prussian's (commanded by Ray) were allowed to deploy in response. Our forces were pretty much the same as the last game although there was slightly less artillery this time. The terrain was laid out exactly as before and Fran chose to deploy his forces pretty much in the same positions as before. Ray however deviated from last time, with an audacious plan to concentrate our attack on one section of the Austrian defence while denying them the big cavalry clash that dominated the last game.

Order of Battle
As before I have copied the respective army lists rather than typing them out.. 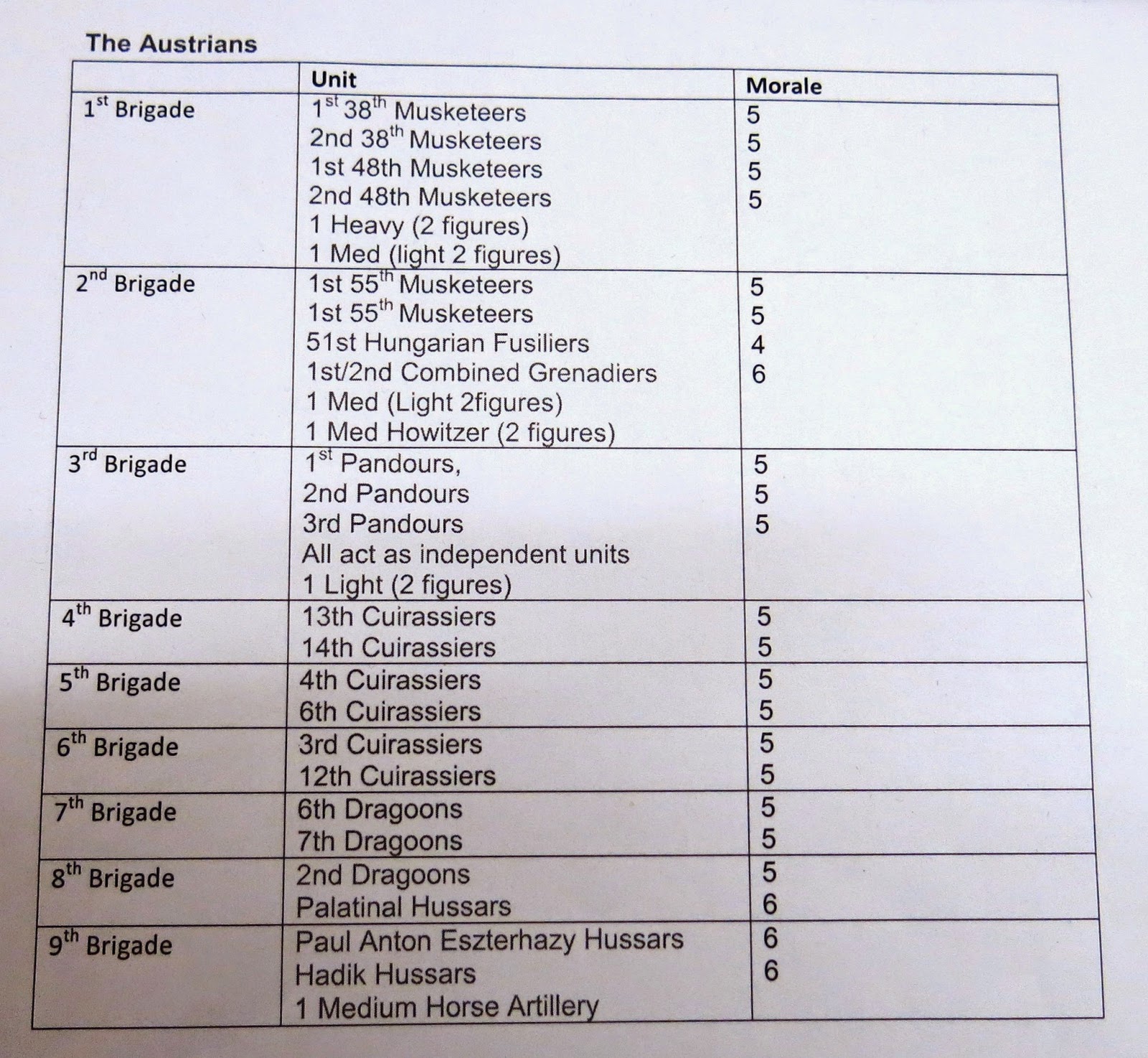 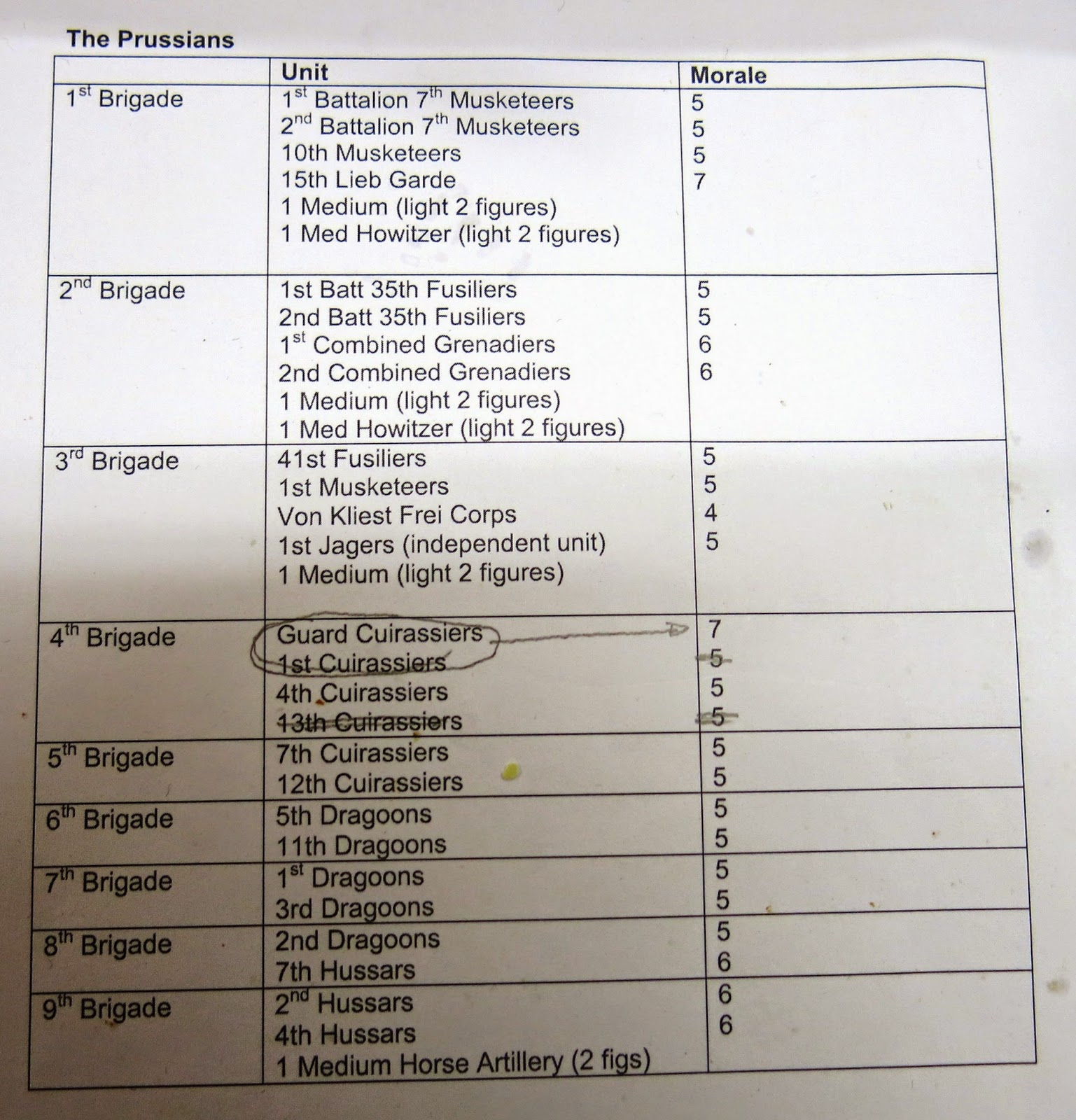 
Analysis
Bugger, we lost. What more is there to say, we thought we had a wining strategy but ultimately we took too many casualties to continue to fight. Three things went wrong for the Prussian's that contributed to our defeat. Firstly we deployed one Brigade of Cavalry on the table edge and failed to appreciate the implications of loosing them so early in the game. Secondly our slow advance meant that most of the Austrian Cavalry was outside 15" and could double move, giving them the chance to redeploy quickly across their rear and bolster the flank we were attacking. Thirdly our commander-in-chief was drugged up to the eyeballs with Tramadol... So basically its all his fault!

We all enjoyed playing this set of rules and I think we all agreed that they made for a much more enjoyable playing experience and a much more 'realistic' recreation of warfare in this period. All in all a very good game.
Posted by BigLee at 17:43