I haven't had a great deal of time to read (or anything else) this month so the February roundup contains just two books. Both are a recommended read although as I had a small involvement in one of these I may be biased! 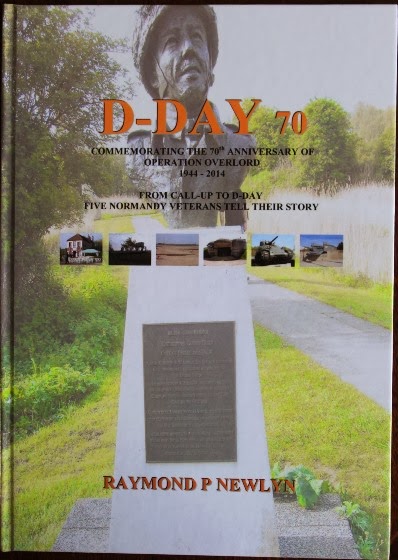 Let me start by saying that I think this book is excellent, and not just because it is the debut book of my good friend and Brother-in-Law, Raymond Newlyn. Well, OK, maybe I am a bit biased but I know he has been working on this illustrated volume for a long time and as a first book its pretty darn good. Ray has been meeting and interviewing veterans of WWII for many years and has built up lots of friendships with them - even being given Honoury membership of the Southend branch of the Normandy Veterans Association - so he has been well placed to record their experiences from 70 years ago.

In this book he features the stories of five veterans who all saw and experienced D-Day from different perspectives. One man was on the beaches just a few hours after they had been secured, another was on a warship torpedoed by a German E-Boat as they lay off the coast. Each mans story is unique and, thanks to Ray, their words are being preserved for future generations. This is a generation that is sadly diminishing every year and first hand accounts of that momentous day need to be recorded while there is still time. One of the things I have learnt over the years is that no matter how many such stories you read there are hundreds more that are equally as dramatic and personal. No one account illustrates the whole picture and so every story is important and valuable and should be preserved.

This is a limited edition print run and books can only be bought direct through Raymond (email rnewlyn@tiscali.co.uk). The cost is £15.00+p&p but if you would like a copy signed by all five of the veterans featured in the book then it is just £20.00+p&p, which I think is an amazing price. Alternatively pop down to the Blitz to Victory a Militaria shop in Battlebridge in Essex to purchase a copy. Raymond is also trying to organise a special book signing event in the Southend Shopping Centre so that the public can meet and talk with veterans featured in the volume. Keep an eye on this post and I'll update details of the event when it is finalised.

The Illustrated Life of Michael Collins 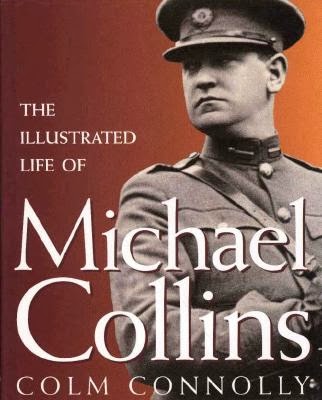 I wouldn't normally have picked up this book - I'm not generally interested in biographies - but this one piqued my interest, and it was only 60p in Charity book sale! I didn't know much about the Irish revolutionary leader until I saw the beautifully restored 1920 Rolls-Royce Armoured Car ‘Sliabh Na MBan’ at Tankfest last year. This book of course isn't about the car but about the man forever associated with it, and its a very interesting read.

Connolly manages to carry the reader on a clear path through the events leading up to the creation of the Irish Free State and avoids the trap of either dehumanisation or hero worship that a character like Collins can inspire. That's not to say that the events of the period are watered down and for anyone new to the history of the conflict the violence and destruction wrought by both sides can be quite shocking. Summary executions were not uncommon with both Republicans and Government forces using 'murder squads' to eliminate each other in a bid to gain the upper hand. What is clear from reading this short biography though is that in Collins, the British Government had met its match both in ruthlessness, in cunning and in determination.

Personally I found it hard to like the man (and his methods) but easy to admire his ability to achieve his goals. Even his enemies were forced to acknowledge the quality of the man they faced. Although the 'military' campaign he waged against the British in Ireland was ultimately successful its hard not to look back at the spiralling levels of violence on both sides and wonder if better men could not have achieved more with less bloodshed. Having achieved a measure of freedom for his nation Collins subsequently found himself fighting his own countrymen  (and former friends from within the IRA) during the Irish Civil War of 1922-3. It was in this conflict that his motorcade was ambushed near the town of Béal na Bláth in which Collins was mortally wounded in the engagement. With his death the Free State lost one of their most able leaders.

This is an interesting book with some unique and previously unseen illustrations. It is not an in-depth look at the history of the conflict, nor is it the most detailed biography you'll find about Collins, but it is an interesting and carefully constructed look at a man who's influence on British and Irish History during the interwar years cannot be denied.
Posted by BigLee at 14:50