My latest Challenge Entry takes me back to my 6mm North Africa Project. I already have an Italian Tank Company painted up but on the whole they are pretty poor quality machines. So I have decided to add a little punch to the company by the addition of a single platoon of P40 Heavy Tanks. 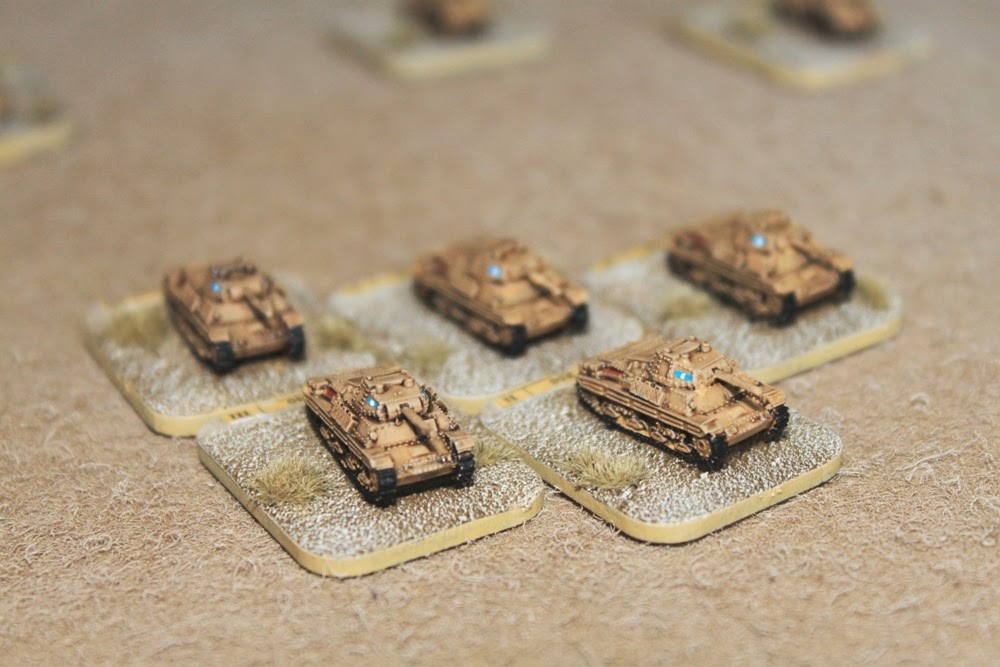 This is actually a Medium Tank (comparable in weight to a T34 or Sherman) but when it was initially designed it was twice as heavy as the M13/40 tanks that formed the mainstay of the Italian tank companies in North Africa. Despite the design being on the drawing boards in 1941 it wasn't until late 1942 that the first prototypes came of the production line. Unfortuantely for the Italians the main factory building the engine for this tank was bombed by the Allies and by the time Italy surrendered in September 1943 on 22 had been built. 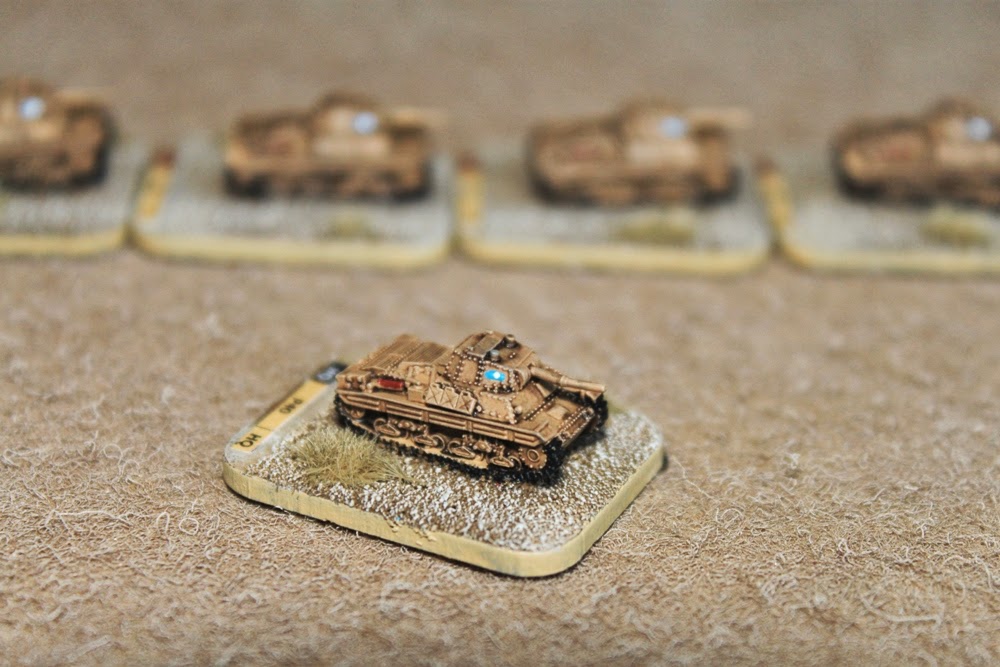 Some of these prototype tanks did actually make it to Egypt in time for 2nd Alamein and were used to bolster the otherwise inadequate firepower of the Italian tank forces in the region. I have painted one platoon and a HQ Tank which will provide a little backbone to my currently rather weak Italian tank company. I bought these from GHQ so the quality and detailing is superb making them a joy to paint. But at £1.40 each compared to just 40p for a typical H&R tank I won't be making a habit of this. 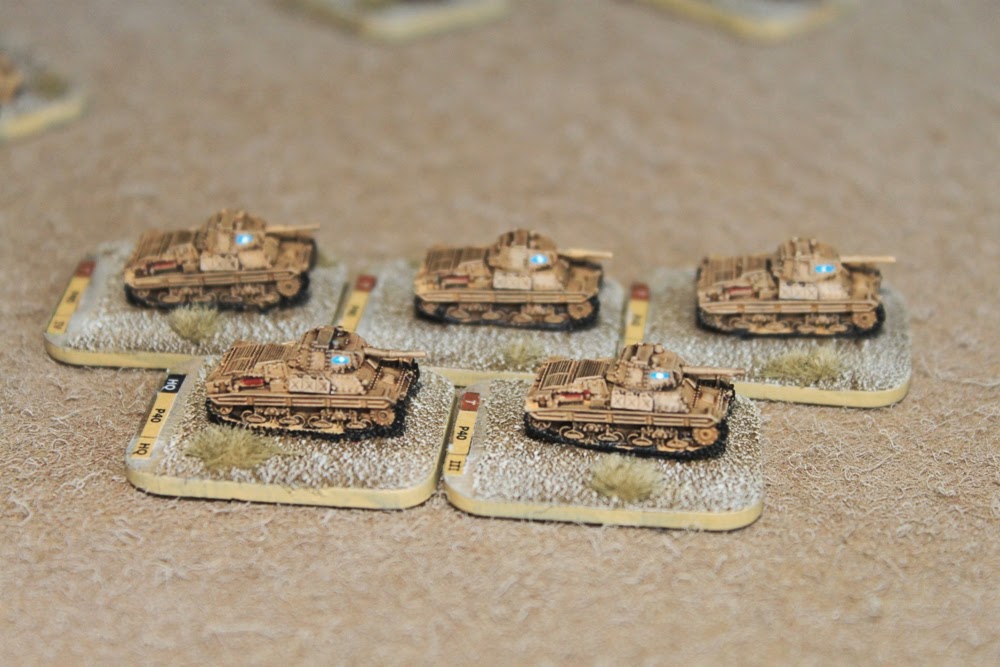 I have also painted some AB41 armoured cars to provide some recon screening for my Italian forces. These are some old recycled H&R models that I stripped for repainting. These servicable vehicles will come in handy in future games I am sure. 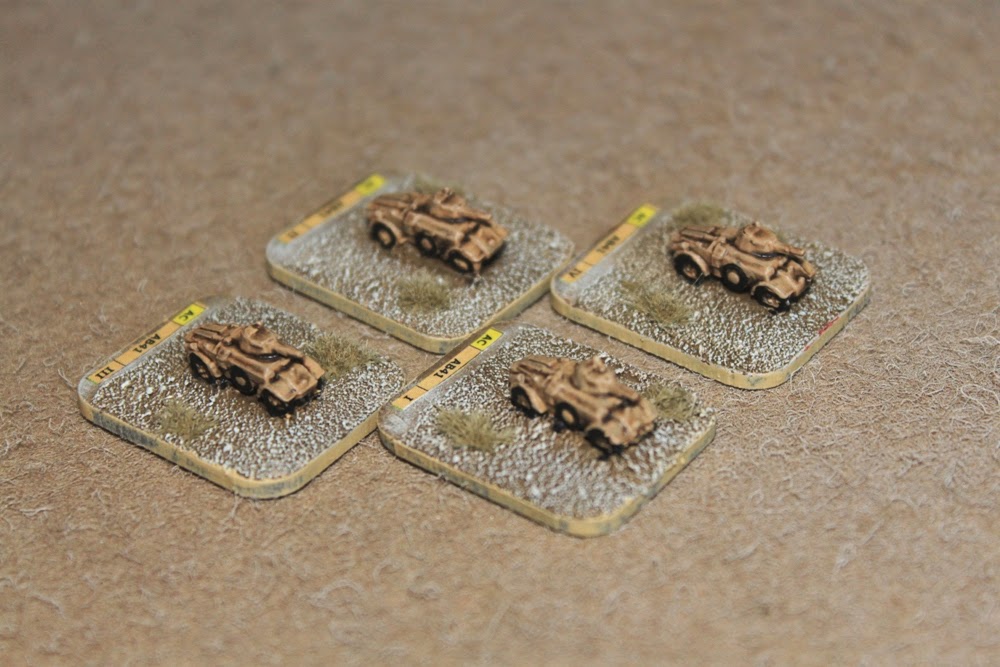 Last up I painted six Opel Blitz trucks. These can be used by most German forces and in this case they will form part of a supply convoy for a battle scenario I am working on. 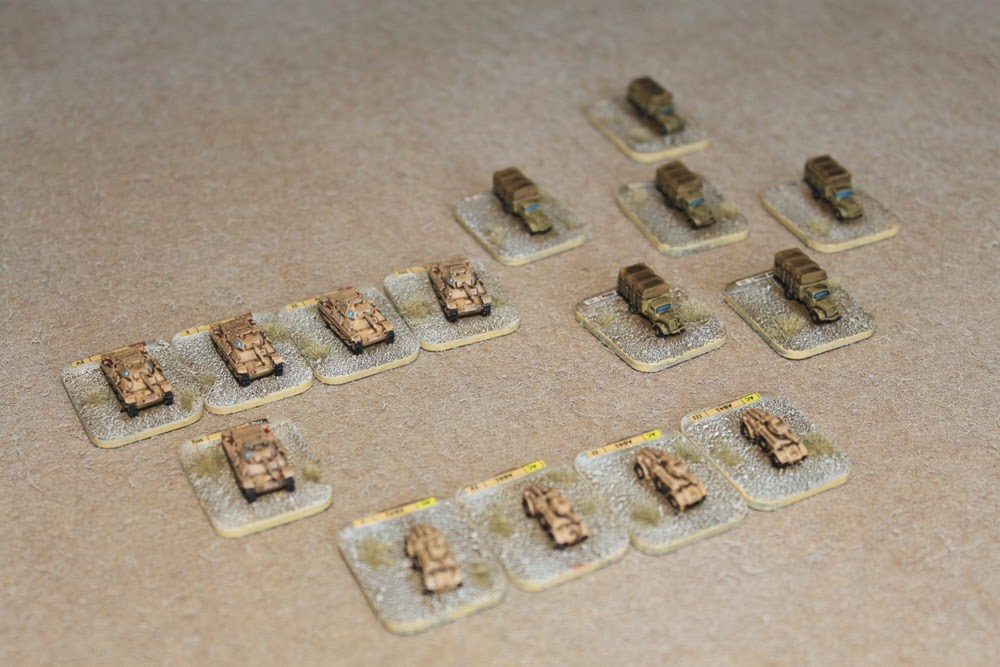 I have just placed an order for yet more 6mm tanks to boost all my forces ready for another game later in the year.
Posted by BigLee at 06:32