Poor Service from across the Pond 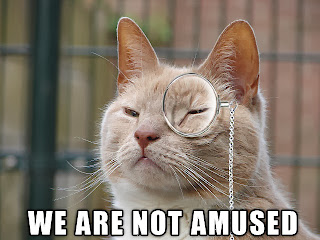 I'm not generally in the habit of moaning about retailers but sometimes I do wonder how certain companies stay in business. I'm also not in the habit of 'naming and shaming' but in this case I'll make an exception because this is a cautionary tale and it's retelling may be of some value to fellow gamers and potential customers of C-in-C.

Let me start by saying that I love C-in-C's miniatures and on the whole I have had a very positive experience purchasing their products through their UK distributor, Wargames Emporium. But on this occasion I wanted a product from their accessories range which I suspected might not be held in stock here in the UK. So I contacted Wargames Emporium to check their stock and they emailed me straight back confirming they didn't have it and would have to wait for their next restock order. Rather than wait I decided I'd try purchasing the items I wanted direct from the manufacturer, reasoning that although it might prove more expensive to pay shipping from the US, I would probably get my order delivered quicker. Oh how wrong I was! Here's the short version of the story (the long version ran to 8 paragraphs before I edited down!)....

I ordered my items on the C-in-C website on the 17th September. I knew shipping would be expensive, but I wanted these models quickly and was prepared to cough up the money to get them (yes, a bad case of shineyitus). I received an order confirmation by email and expected a further email confirming the shipping costs and advising a dispatch date. So I waited, and I waited.... 28 days later my patience crumbled and I emailed asking for an ETA on dispatch. They replied saying the order would be worked on over the weekend and delivery would be 7-10 days thereafter. However two weeks later and I still hadn't received confirmation that my order had been dispatched, so I decided to email them again.

This time I got a rather strange reply stating that my order was below the minimum for any discount on shipping and did I want to proceed with my order? I was slightly alarmed at this message because a) it still hadn't been sent and b) it sounded a lot like they didn't want to fulfil my order because it was so small. I immediately replied back confirming my intention to proceed with my order and asking for confirmation of the shipping costs. I heared nothing back and after five more days days of silence I emailed again, repeating the same message that I wanted to continue with my order and asking how they wanted me to pay for the shipping costs. I did eventually get a response and last Friday - seven and a half weeks after placing my order - I received an email saying my goods had at last been dispatched.

I understand that it may not be economical for a company like this to fulfil small orders but if that is the case the minimum order value ought to be clearly shown on the website. Similarly if delivery is going to be outside the stated ETA then it would seem to me to be simple courtesy to communicate with the customer to keep them informed. CinC state 7-14 days for dispatch with delivery 7-10 days thereafter so orders should be at most 24 days... I'm still waiting for my order to arrive and its now 59 days and counting. 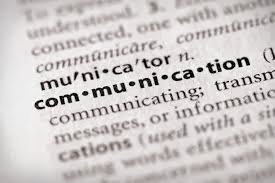 One mitigating factor to bare in mind (to be fair) is that the company had to relocate to new premises in June and they have been quite open about the fact that this has impacted on delivery times. However they also posted an update on their website early in September stating that production was up and running and the backlog was shrinking. So either there is a backlog or there isn't, but either way a little communication with their customers would go a long long way.

So, is this an example of bad customer service or am I just being a grumpy and impatient Englishman stamping my foot in petulant frustration?
Posted by BigLee at 14:50