A recent post that has stirred up a lot of interest was my article last week on poor customer service and lack of communication. I had a lot of feedback asking me to name and shame the retailer involved but I'm afraid that after a week of thinking about this issue I have decided not to name them. Its far too easy to throw accusations around the Internet these days and I decided that I didn't want to jump on that particular bandwagon just yet. The fact is that no one single retailer has hacked me off to the point where I'd feel justified damaging their reputation online. So rather than ranting about a specific retailer I decided I'd list a few general examples of problems I have encountered over the last few months. You know, just to get it off my chest...

Processing Delays
Some retailers are lightening fast. Amazon are a prime example. I have bought some products and had them delivered the next day even though I had selected the Standard delivery option. Clearly not all retailers have the economic power and resources of Amazon but I have received similar fast service from small retailers and even from online businesses based around a single High Street shop. One recent order was a sad exception. 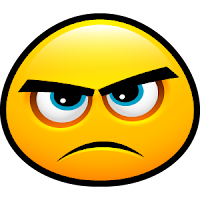 Firstly it took a whole week for the seller to even begin processing my order. I realise that this sounds very impatient (boo-hoo!), but as already stated many other online retailers I have dealt with dispatch orders within 2-3 days if not quicker. Having said that I assume this is a small outfit, possibly a one-person operation, so I can understand some degree of delay. But then having begun processing my order it them took a further 18 days before my parcel was eventually posted. During the whole of this time I never received any communication explaining the delay and no reply to my emails regarding the delay in my order.

Unexpected Charges
Another issue I have encountered is unexpected or unexplained charges that appear after an order has been placed. I've had this happen several times, usually from overseas retailers, and each time we haven't been talking small change. One particular example added a Shipping charge at the point of order but then emailed a week later to say there would be an additional charge that was greater than the cost of the items being ordered!

Its always worth checking the website of an online retailer you have never used before because they should state if additional charges apply. This isn't always the case and on at least two occasions I felt I was being ripped off and cancelled the order immediately. But on other occasions I have accepted that it was my own fault for not checking the shipping rates at point of sale. The lesson I have learnt (the hard way) is that it is incumbent on the buyer to check the total charges for their order before proceeding with that order.

Poor Packaging
Having paid for your goods the least you would expect of the retailer/supplier is that they send your goods in suitable packaging so that it has a reasonable chance of arriving in good condition. I've had books delivered in regular envelops (not even a padded bag) with bent spines and damaged corners. I've had orders arrive in re-used packing that barely covered the items inside. On one occasion I even received an un-boxed resin figure in a padded bag which arrived in several very small pieces. 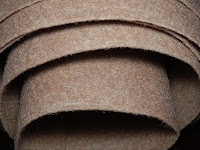 One recent example was the delivery of my Mat-o-War. Bare in mind this order was for a 6'x4' gaming mat so you'd expect a 4' long roll to be delivered, possibly in a tube or at the very least rolled tightly so that it would resist bending in transit. Instead the mat was very loosely rolled lengthwise so what I received was a squashed, creased and floppy 6ft long package in an ill fitting plastic wrapper. Some of the creases are so bad I think they will need to be ironed out, although thankfully it doesn't look as if there has been any permanent damage to the mat.

Wrong or missing items
Twice in the last six months I have ordered miniatures from online manufacturer/retailers and either received the wrong items or found items missing. Neither order was particularly large or complex so I find it hard understand how completely the wrong figures could have been posted. On one occasion I ordered two items and only one turned up. When emailed the supplier said the missing item was out of stock and I would get my delivery when they were resupplied. If there had been a note to that effect in my first parcel I would have been quite happy but as I had to chase for an explanation I cancelled the second item (I then found it cheaper and in stock with another retailer!).

Taking your Business Elsewhere is Easy 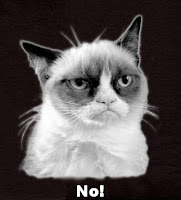 When there are so many alternative suppliers to choose from online I can easily take my disposable income elsewhere. For many of the companies involved in the above examples, next time I probably will go somewhere else. The loss of one repeat customer might not bring down a business but if others feel the same as me then these companies are shooting themselves in the foot, which is very dangerous in the current economic climate.

Maybe these orders were an exception to the norm for these retailers. It is possible I was just unlucky and they were having an 'off day', but as my money, time and patience is of limited capacity, I won't be returning to find out.


OK. I fell better now for getting that out of my system. I promise to be less grumpy in future.
Posted by BigLee at 06:40