A Couple of weeks ago I got another opportunity to visit one of my favorite English Heritage sites, Battle Abbey in Sussex. This was the site of the Battle of Hastings on 14th October 1066 in which the Saxon King, Harold II, was defeated and killed by the Norman Duke William II.

Back in October last year I wrote about a previous visit to the battlefield and how important I felt it was to see the landscape first hand. I still hold with this view even though the landscape has been significantly altered in the intervening 944 years.

For a start the crest of Senlac Hill - where most of the hard fighting took place and where Harold met his end - was leveled off by the Normans to build the Abbey. The surrounding lands have also been drained and farmed in a way that obscures the natural obstacles Williams army faced. In particular the coastline was radically different and the whole area was in fact a peninsular surrounded by water and marshland. 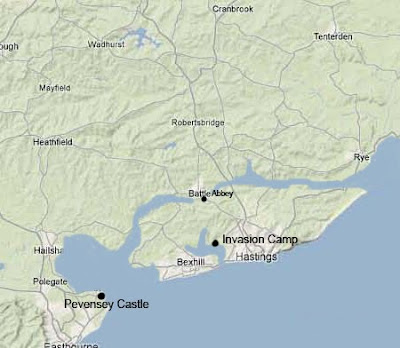 For me this puts a whole new perspective on the hurried action of Harold when he learned of Williams invasion. Many books I have read describe Harold's decision to force march his troops south and engage with the invaders to be reckless. Plenty of armchair generals have said he should have waited for fresh reinforcements before attacking or should have fallen back on London to buy more time for defense. But I suspect Harold saw an opportunity to contain the Normans and dictate the conditions of battle. I think he made the best decision he could given the conditions and was just unlucky with his dice rolls. 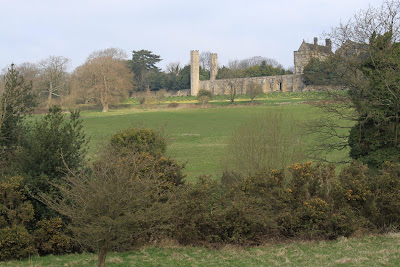 Standing at the bottom of Senlac Hill looking up towards the Saxon position its clear what an excellent defensive location they held against the invader. The battlefield tour takes you around the perimeter of the site, then up the long slope to the abbey itself. Walking up this slope is an effort, even when not loaded down with armour and weapons. No amount of maps, books and TV documentaries can illustrate the geography like being there for yourself.

If you get a chance to visit a battlefield I strongly recommend it. It may change your perspective of events and challenge some of the conclusions in your history books.