Scale can be expressed two ways; either as the size ratio between a full sized object and its miniature version (e.g. 1/58); or as a measurement that represents a given standard (e.g. 28mm). Most wargamer’s use this latter expression of scale to define the models they game with. Using a consistent scale ensures that miniatures and their ‘equipment’ remain in proportion to each other. This is especially important when purchasing from different manufactures. For role-players some variation can be tolerated but for tabletop wargamer’s such differences are not acceptable, especially for large projects like building a period army or creating a large diorama.

Tabletop wargames use a proliferation of scales but the most common type is 6mm, 15mm, 20mm and 28mm. The smaller 6mm miniature is roughly equivalent to 1/300 scale and has the advantage that the gamer can put massed units on the tabletop. Many historical wargames come in this scale but sci-fi games such as Warhammer 40k Epic also utilise 6mm miniatures. 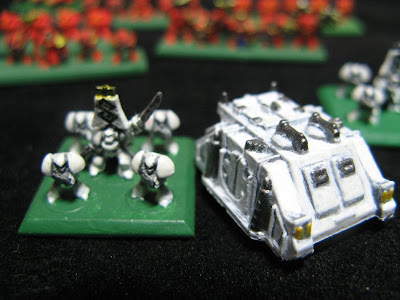 Probably the most popular scale for pre 20th century historical wargames is 15mm (1/107th). This is also a popular size for ‘skirmish level’ games. Also popular for historical games are 20mm (1/76 to 1/72 scale ish). However my main focus is on so called 28mm models as these are the type that I have gamed with and painted most over the last 20 odd years. 28mm scale is roughly equivalent to 1/56th scale but there is huge variation within this group of miniatures. 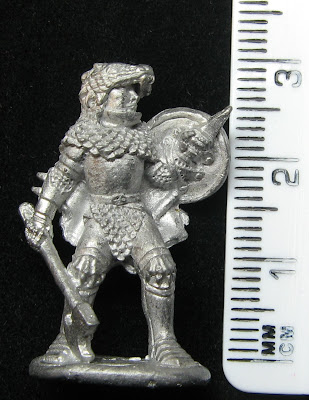 In Part 2 tomorrow I’ll be giving some real life examples of scale creep and try to explain some of the reasons for its occurrence.