Several years ago I started building a collection of 6mm figures for the Anglo-Zulu war of 1879. I've playtested a variety of game systems with my figures and even had a go at writing something myself (unsuccessfully I should add) but in the end, I settled on The Men Who Would Be Kings by Daniel Mersey and published by Osprey. Now, this ruleset is not designed for 6mm games but I realised that with a few small changes and some house rules, I could get a workable game system for use with my 6mm collection. Last year I did a couple of solo games to test this out and earlier this year I posted my first couple of Battle Reports on my YouTube Channel. All of this has been building up to a battle that I have wanted to wargame for years; Rorke's Drift. 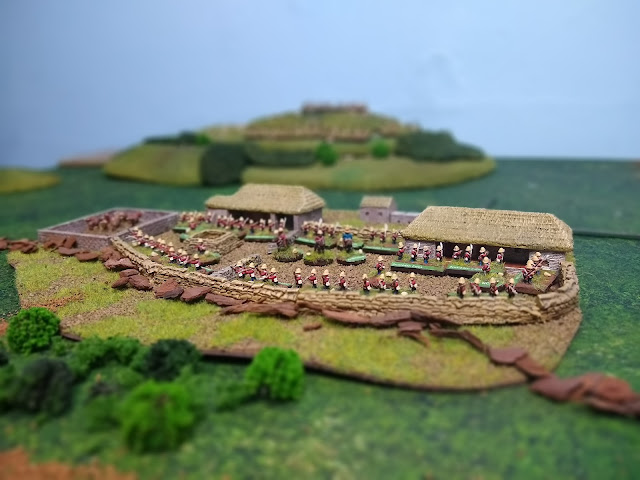 Today's video is the first of three covering my preparation for the game and the battle itself. This week I discuss the history of the battle, highlighting some key details that stood out for me when I prepared for this game. Then I discuss my interpretation of the terrain, based on several maps, some contemporary some more modern. Then at the end of this video, I run through the house rules that I introduced that enabled me to adapt TMWWBK's for my 6mm figures and terrain.
Next Friday part two of this battle report will cover the opening phases of the game and we get to see if the British can repeat history or if the Zulu's can overrun the small garrison defending the mission station at Rork's Drift.
Posted by BigLee at 12:00